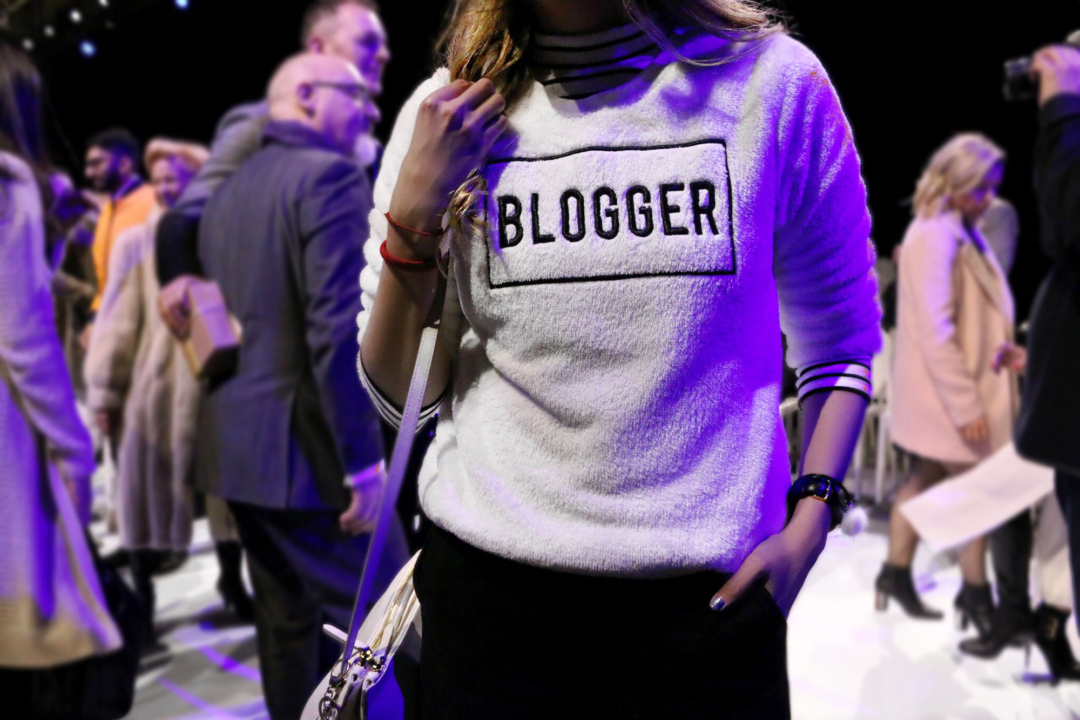 Jealousy makes us do terrible things. Things our rational selves would never ordinarily do. It makes us say hurtful words,  or behave uncontrollably like petulant children. Rooted in insecurity, fear, and anxiety, the anticipated loss of status that comes with jealousy is never more apparent than during fashion week.

Recently at Toronto Women’s Fashion Week, I experienced some of the worst bullying and emotional abuse I’d ever been subjected to in my entire life.

What is important to highlight is that this bullying was from a woman who was twice my age, and since I’m not familiar with her for the purposes of this post – we’ll call her Felicia. Not that I would ever argue that age is ever an excuse for vile behavior; we do generally expect more from those who have more experience. In a desperate attempt to assert her dominance in the situation, Felicia reamed off her accomplishments like verbal diarrhea. However, given the extended list one would hope they would warrant more class.

So let’s backtrack here to what transpired… After leaving an interview with the wildly talented designer (Jordan Erin McKay of Hendrixroe) my friend and I hastily made our way to the next Fashion presentation. For those who don’t attend Toronto Fashion Week there are three lines: general admission, media, and VIP, and they all filter into the same room for everyone to find their respective seats. As my friend and I were media, we excused ourselves and bypassed the general admission line to make our way to the media line which I can only assume severally shattered this woman’s fragile ego.

For some perspective, had we not cut through the general admission line to make our way to the media line we would have had to circle the entire building to get on the other side – and since time was already short having run longer than expected from the previous interview, it just didn’t make sense.

Despite apologies, Felicia persisted. Although unsuccessful in rallying a crowd, she did get her companion in on the action, throwing shade at the blogging industry, advertising agencies, modern media- you name it they covered the spectrum of anything they thought I would or could be associated with.

Ganging up on me relentlessly while I had my back turned to them in our respective lines, for twenty minutes straight she didn’t so much as take a breath because she was determined to spare no time in ripping me or the industries she believed I might work in, to shreds.

Only upon gaining access to the show was I free, or so I thought, from their prowling dominance. Because I was in floor-length floral dress with a bright magenta lipstick I’ll admit I was easy to pick out of a crowd. Parking themselves strategically across from me and my friends, Felicia and her minion continued their taunting from the other side of the room. From laughing and pointing, to blatantly taking photos of me – no ill behavior was off limits.

To Felicia and others who see no problem with this behavior – here’s what I have to say to you: given what I can assume is your traditional albeit accomplished media background (taking her word for it) I can sympathize that you may not respect bloggers as traditional media; however could you please, at least, respect them (us) as human beings?!

What transpired Friday evening during Toronto Women’s Fashion Week was nothing short of a classic textbook definition of bullying. And thankfully I am emotionally intelligent enough to be aware of that. Felicia and her spineless minion showed all the classic signs: flaunting their amazing accomplishments, belittling me and my industry or anything remotely close, and of course, attempting to get others on their side.

Their hurtful words, their condescending tone, and their excessive volume were dripping in insecurity and what they fail to realize is that, it says so much more about them than it ever will about me.

It really just goes to show that it’s so SO important to be mindful of the company you choose to keep. I would hope that no matter what my accomplishments that my friends and colleagues would call me out when I’m being a straight up disrespectful jerk, and if nothing else, snap me back to reality.

But this was not the case. Sadly the crowd was so big, and the music so loud no one I knew was aware of what was happening. The ones that did hear what was happening collectively shook their heads at each other in disbelief. I was alone in my defense and I knew it would be a losing battle. Unfortunately, you can’t reason with people like this because their moral compass is just so completely and utterly shot. I decided to rise above it and keep my cool. I knew if I opened my mouth to them I would have fallen to pieces. I decided to stand there with my back turned and just take it. I stood with head held high, fought back the tears, and at times even stuck a finger in my ear to block out their characterless criticism.

I’ve honestly never been so emotionally battered in my entire life and to have experienced it in a public scenario that I traveled so far, worked so hard to be a part of, and am so passionate about supporting – was truly disheartening. While I fully recognize that this is most definitely more of a reflection of this woman and her tactless companion’s misunderstanding of current media practices and largely in part due to their insecurities or him wanting to impress her: it definitely was not the highlight of my week.

However despite all of this you might be surprised to know that I’m actually glad this happened to me. What they don’t know is that this is not my first rodeo. Despite also being on television myself I don’t feel the need to broadcast to an entire room full of people to establish my worth. I would much rather people come to appreciate my work television or otherwise (because it is work) authentically.

I’m actually happy this happened to me because I can handle it. However, had this disgusting event transpired at my first fashion event it would have broke me and they would have won. But it wasn’t my first show, or my first fashion week so I know the magnitude of the kindness and support that exists in Toronto and the fashion industry, and I’ve thankfully experienced it a million times over – even as recent as that morning when 12 Toronto bloggers showed up to a brunch I’d organized so that we could connect on a personal level, when they could have quite literally been anywhere else.

To all bloggers (aspiring, new or and even seasoned) I am more than happy to have taken this bullet for you.

And to Felicia – the seasoned woman who’s worked in TV for 30 years and manages four websites: I have no idea who you, or your friends are, but shame on you and your despicable behavior. I feel sorry for you because while you are twice my age no one in your 30+ career has ever taken it upon themselves to educate you on how to treat human beings with respect and dignity and I assume this creates a very comfortable existence for you, however tumultuous for all those who encounter you.

Felicia, whoever you are, I want you to know is that while you don’t deserve it – I forgive you because investing any more emotional energy into the drama you create isn’t worth my time  – so I’m happily moving on.

As Bob Dylan said:  “…your old road is rapidly aging. Please get out of the new one if you can’t lend a hand. ‘Cause the times they are a-changing…”.

The new wave of media is built on kindness and support and there is absolutely no room for anything else.

Shout out to Christian Stokes for snapping this photo for me. 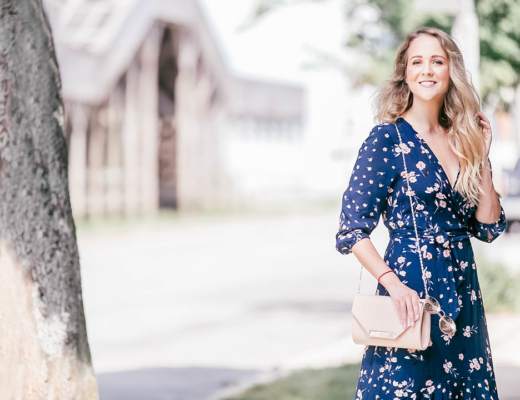 HOW TO TRANSITION YOUR WARDROBE FOR FALL 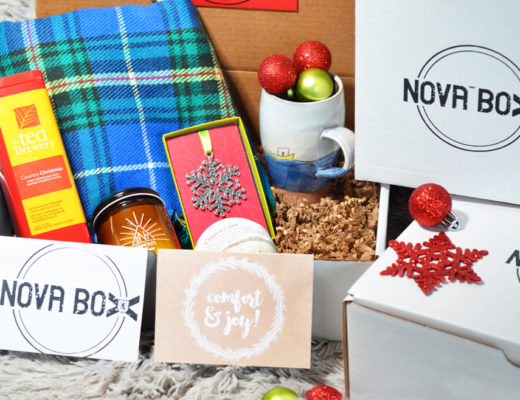 HOLIDAY GIFT GUIDE FOR NEARLY EVERYONE ON YOUR LIST 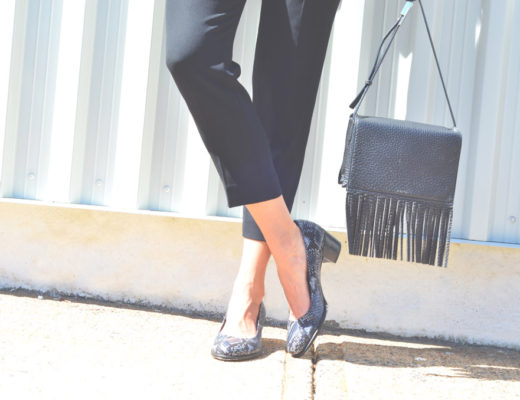 HOW TO MAKE A STATEMENT WITH YOUR SHOES