Home » Uncategorized » WHEN CLOTHES ARE MORE THAN JUST CLOTHES

WHEN CLOTHES ARE MORE THAN JUST CLOTHES 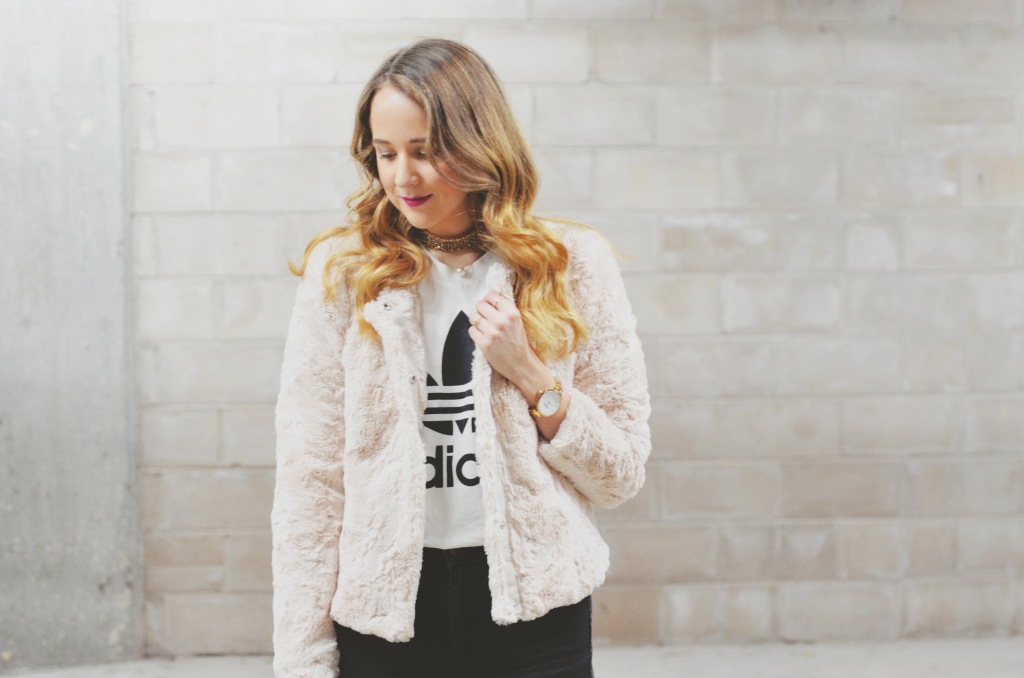 I have an extremely long obsession with this vintage Adidas logo t-shirt and you’re never going to guess why. 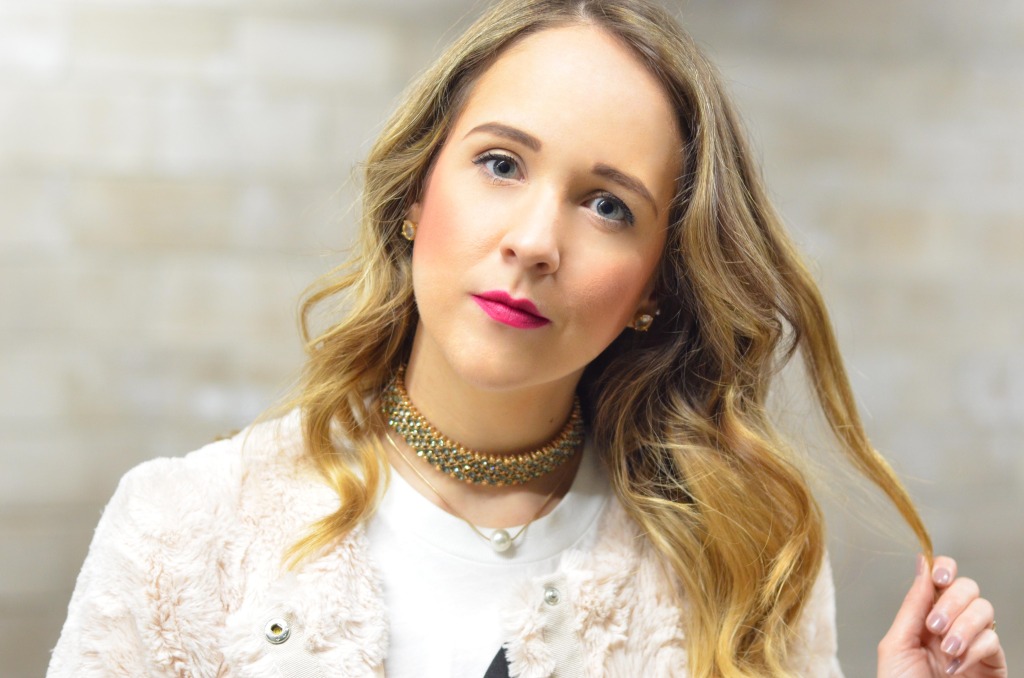 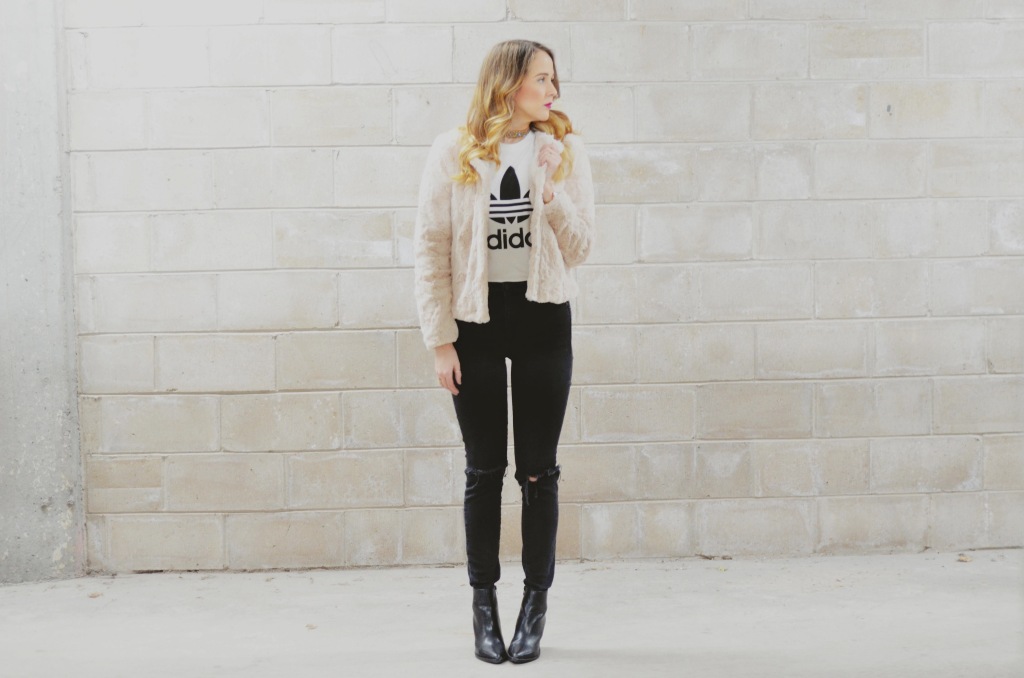 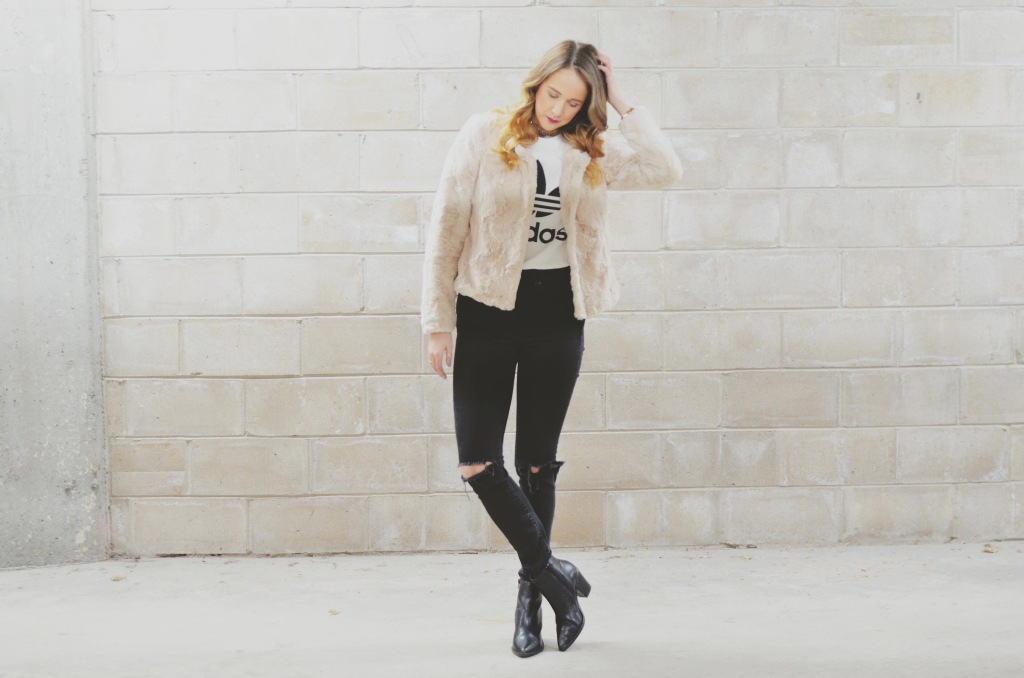 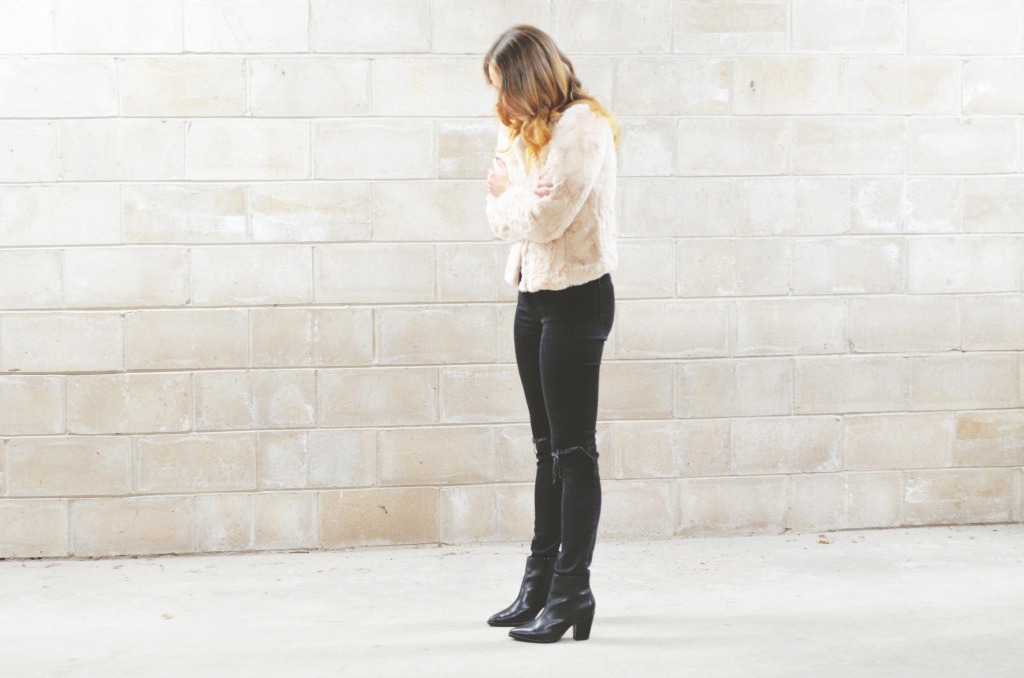 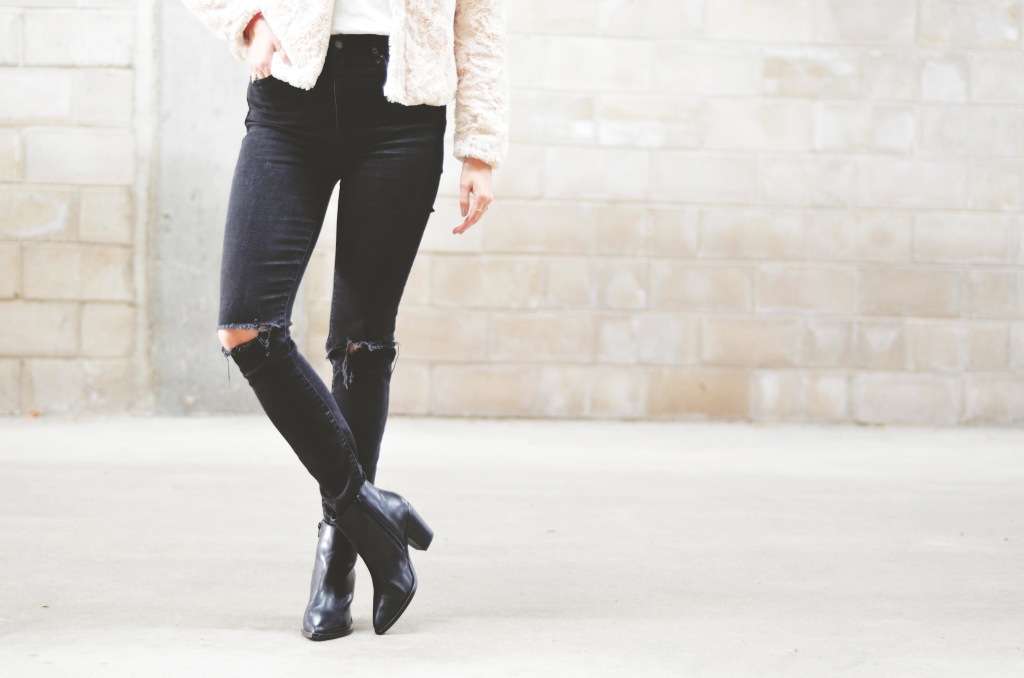 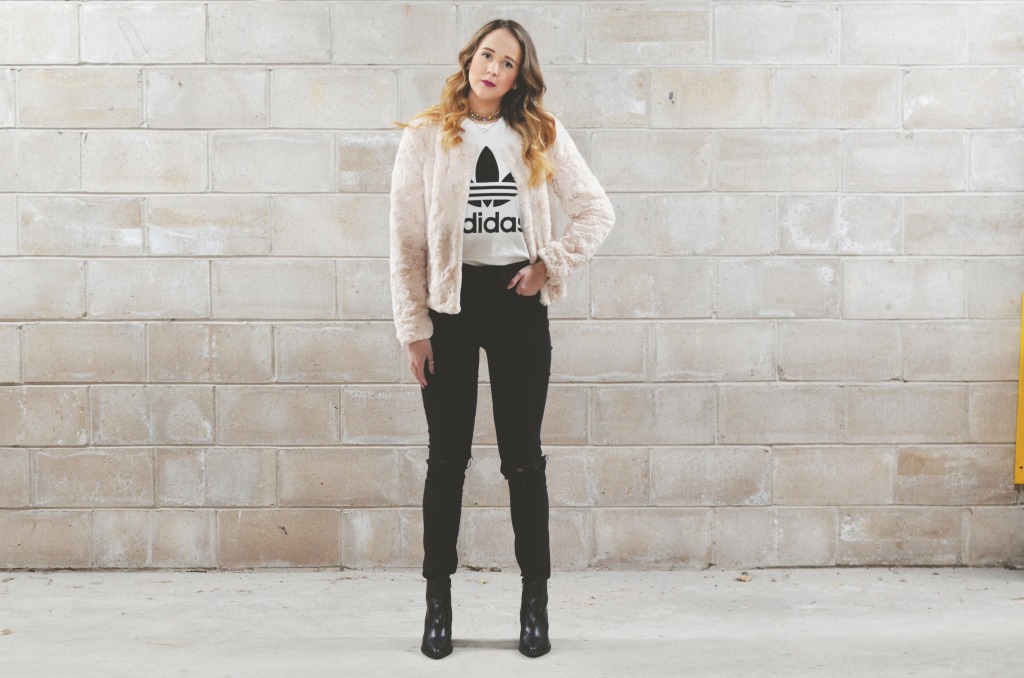 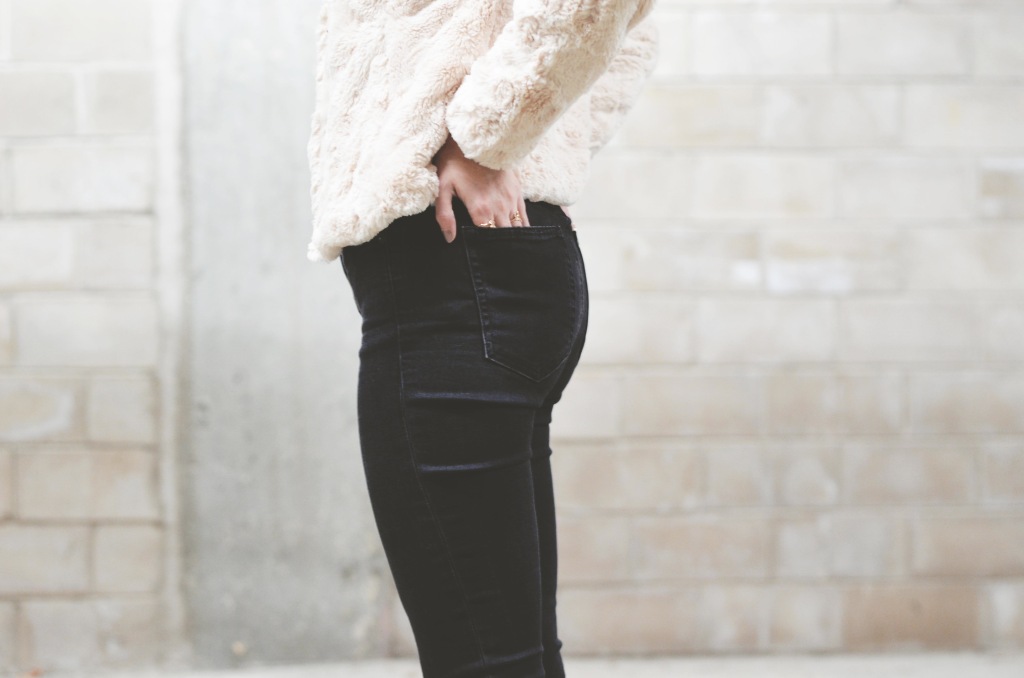 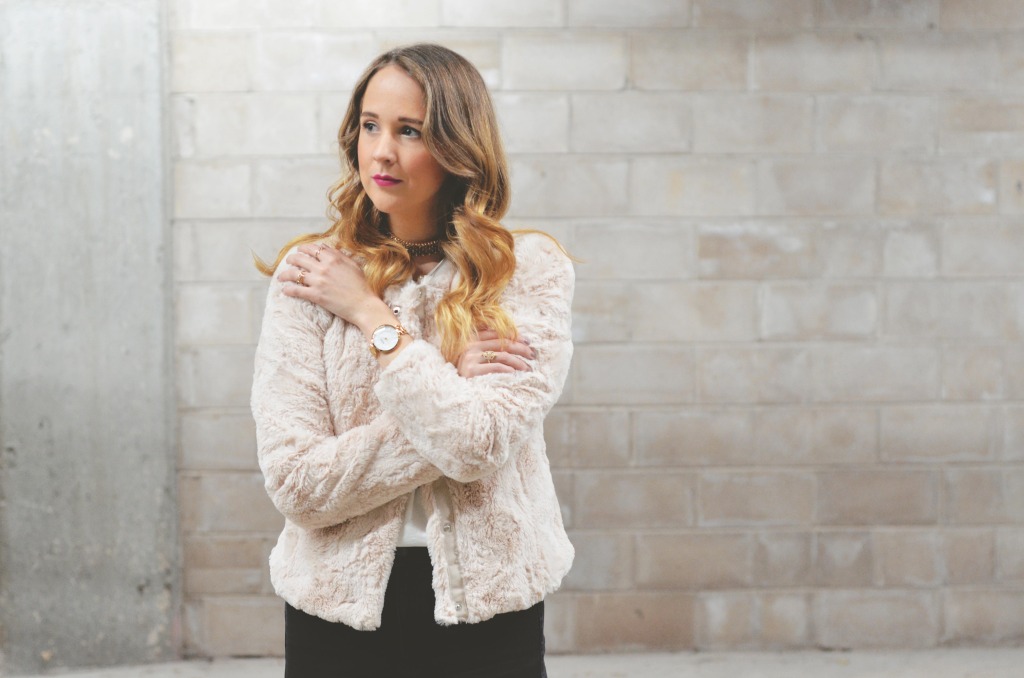 FEATURED ITEMS: T-Shirt, Foot Locker | Jeans, c/o Gap (similar) | Jacket, c/o Envy Clothing | Choker, Joe Fresh & H&M | Watch, c/o Bulova | Boots, c/o Le Chateau (similar here and here) | Lipstick, Elizabeth Arden “Raspberry” |
I mean I’m not sure how my dad would feel about me wearing his beloved tee from the 70s with a pink fluffy jacket, and necklace choker but I like to think he’d think it was pretty bad ass.
No matter how much we try to deny our similarities to our parents we are undoubtedly influenced by them despite our valiant best efforts. This influence however, was welcomed, and probably even sought out. See I used to sport this tee A LOT as a school age child, and although the fabric was much softer (from being well worn) and the logo was navy blue I wore it so much that eventually I had to stop in order to preserve it.
Having been my dads I wanted to feel like I still had a piece of him with me, or felt connected to him in some way. But it definitely got to the point where it was going to literally wither away from its seams if I washed it one more time. I decided to tuck it away in a keepsake box (I was ob-sessed with them as a kid).
Fashion sometimes gets a bad wrap, and some would even go so far as to mention that it’s trivial but I would like to stand to make the argument that sometimes a t-shirt isn’t just a t-shirt, and in some cases it can be soaked in history and memories.
Having just received this t-shirt as a gift at Christmas I can honestly say it was the most precious gift, and I was overjoyed to receive it. What were some gifts you got for Christmas blog reader that were really thoughtful?
xx