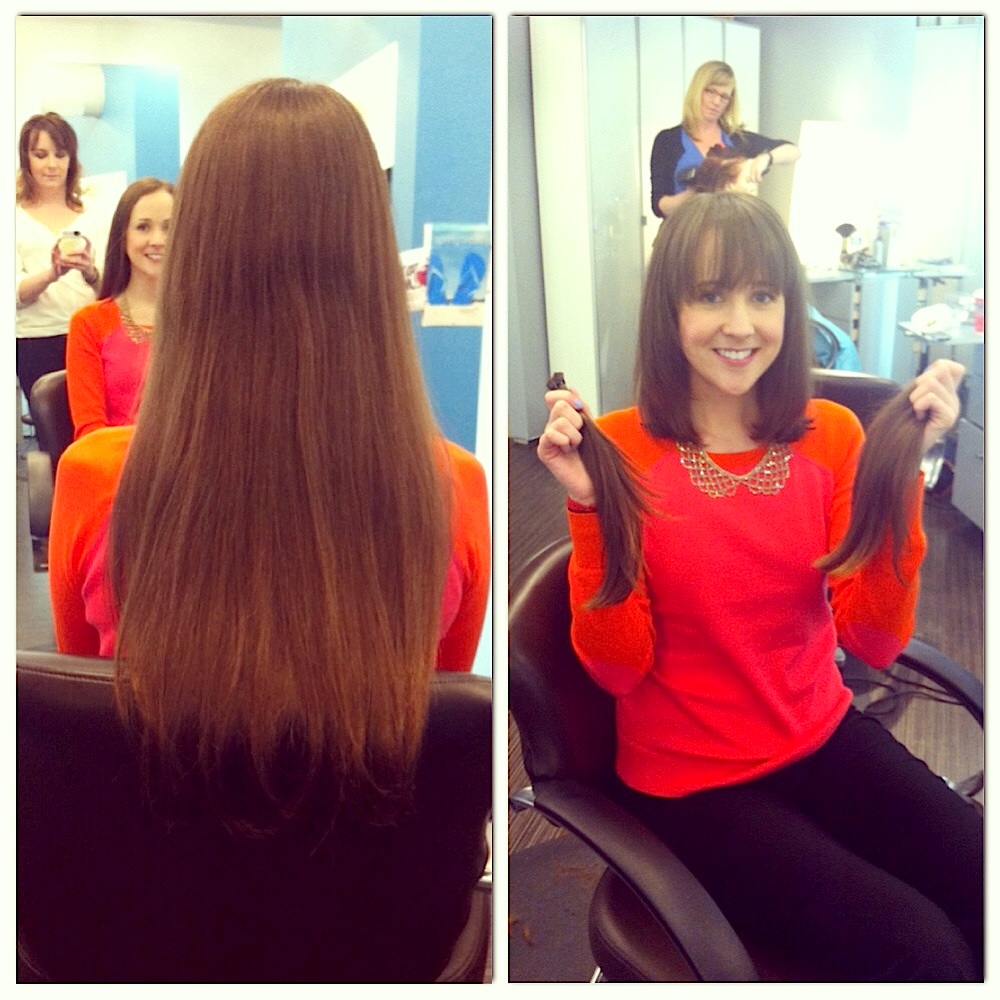 So I kind of did something drastic ! Recently I visited the lovely folks at Spirit Spa in Halifax for quite the significant hair cut!
In my 27 years I have had so many people in my life be affected by various illnesses that have caused significant hair loss if not total hair loss. I’ve seen so many brave people face their illnesses head on, and everyday I am reminded of their strength. I wanted to do something for them. The only thing I could think to do. I realize that me sacrificing my hair doesn’t make their illnesses go away, but it might make some one feel better, and that is something I can get on board with!
I’ve donated my hair before probably about 5 or 6 years ago with my sister, but since she donated hers just recently I was flying solo this time around! About three years ago I made the horrible mistake of coloring my hair, and I say horrible because (a) it was an at home DIY disaster and (b) I then had to wait until it grew out completely before donating again. Even at three years out I still had some color at the bottom of my hair, and so although you only need 8 inches to donate I had to sacrifice more because the ends of my hair had some mega old color.
I’d been thinking about donating my hair for the past little while as I saw the colored ends of my hair inch their way to the bottom of my hair, but I didn’t think I would ever actually do it! I kept saying to myself.. oh in a couple of months…. in a couple of months, but recently it had just been getting out of hand, and to be honest it was kind of driving me crazy actually. It was so long, and blah I just needed a change, and I didn’t want to layer or cut it because I wanted to hold out as long as possible, so I would have more to donate.
For those of you who have donated before it kind of takes some balls to just go for it! Am I right? I knew I had to book an appt, and just do it and not think about it. I hardly even mentioned it to anyone beforehand (maybe it was a little bit of denial or maybe it was my way of allowing for the possibility for bailing), but only a handful of people actually knew I was going to cut it. It was literally about 15 minutes before the appt that it kind of hit me that this was actually going to happen, and I was actually going to go through with it.
Sam Dagnall from The Spirit Spa was SO amazing! I honestly couldn’t think of one negative thing to say about her. She was SO sweet and took a no fuss approach to whole experience; which was EXACTLY what I needed. Her confidence gave me confidence and I hardly even flinched with the first cut because she was calm as a cucumber the entire time. It wasn’t until she handed me the first pony tail, and it was in my hand (and no longer attached to my head) and I could see the sharp edges of freshly cut tresses that I was like okay this is real, and there’s no going back now! Let’s do this!
If you remember my post from when I visited Casa Dente (see that post here) you know that I had toyed with the possibility of bangs, but then I chickened out. When I mentioned to Sam that I was thinking about full bangs, she didn’t bat an eyelash she just said “oh we’re doing bangs”. I love it! It was exactly what I needed to hear.

So after the big chop she turned me around so I couldn’t see until the final result! I felt like I was on America’s Next Top Model or What Not To Wear and I was getting a super fab makeover! It was really fun! 🙂 I wish blog reader I
could have shared with you the smell of my hair when I left the salon. The
products Sam used on my hair smelled AMAZING, and I had to ask her which ones she used so I could list them for you!

Since I have fine (and
wavy hair) here are the products Sam used on my hair: Shu Uemura Shusu Sleek
Shampoo and Conditioner. Then used Bumble and Bumble “Prep”
to detangle
and Kevin Murphy Body Builder to get some lift at the roots. Sam
finished off with Bumble and Bumble Defrizz (it was raining) and Bumble and Bumble “City Swept”
which seriously smelled SO good I’m going to have to get my hands on
some. The “City Swept” product is inspired by a street style look (how cool is
that?) and is supposed to encourage “a lived in look” which I’m
definitely into right now.  Now just to get my hands on a hair wand, and
I’ll be all set!

The hair (no longer mine) went to Locks For Love. If you’re not familiar with this Locks For Love is a non-profit organization provides hairpieces to financially disadvantaged
children in the United States and Canada under
age 21 suffering from long-term medical hair loss
from any diagnosis.
Their mission is to “return a sense of self,
confidence and normalcy to children suffering
from hair loss by utilizing donated ponytails
to provide the highest quality hair prosthetics
to financially disadvantaged children”. Honestly how can you not get behind something like this?
Sam told me that it takes 6 donations to make one wig, so if you’ve been thinking about it you should DEFINITELY do it! Just make sure you can donate at least 8 inches of non colored hair.

Thanks so SO much to the folks at The Spirit Spa I love all you so much 🙂 you were all so supportive! I couldn’t have asked for a better experience. Major thank you to Sam and Claude for making this happen, and also giving me the courage to go through with it!

You know what they say about a woman who cuts her hair! She’s ready to change her life! Bring on the change baby because I’m long overdue.
x Short Presents
BeautyBuzzReviewsTravel
7 Comments
Share 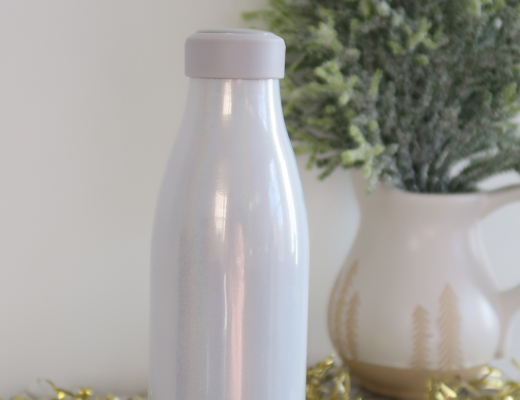 GIFT IDEAS FOR THE FITNESS FANATIC