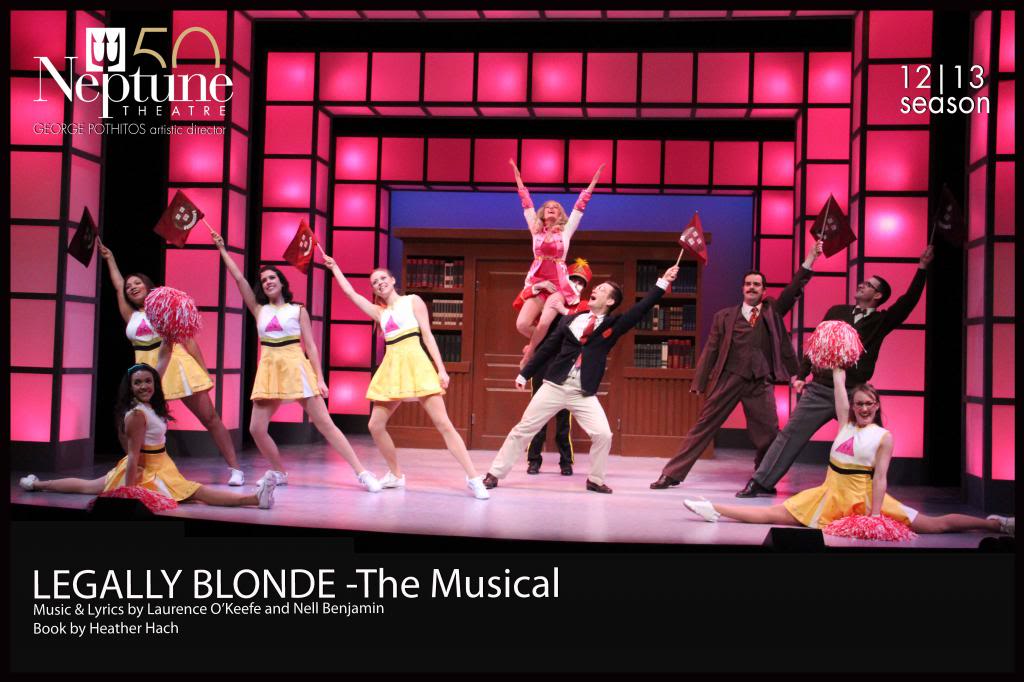 When blonde sorority queen Elle Woods gets dumped by her boyfriend Warner for someone more serious, she hits the books hard and heads for Harvard Law, determined to win him back with help from friends both human and canine Elle becomes a legal superstar and discovers that self-empowerment is more satisfying than she ever could have anticipated.

Neptune’s 50th mainstage season goes out with a bang with this truly fun performance of Legally Blonde. Did you know that Legally Blonde was first a novel, and then a 2001 film then a stage play on Broadway and London’s West End? I think a lot of women like this story and really relate to the main character in the story (Elle Woods) who tries to rise above what people think of her and prove everyone wrong in her own stylish way. The story shows that one can have both brains and beauty, and you can do anything if you put your mind to it (even if no one seems to believe in you). 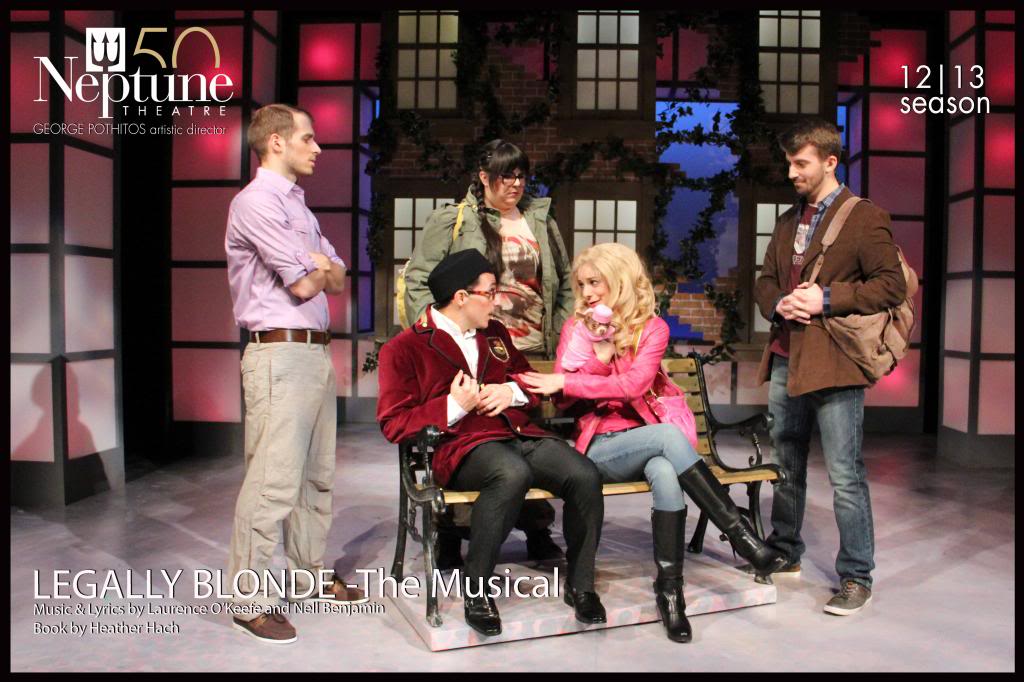 Although
Elle’s initial motivations are to prove to her ex-boyfriend that she can
be both smart and “serious” like his new girlfriend; her motivations
quickly turn personal as she realizes she wants the success for herself
as well as the satisfaction of proving everyone wrong. When I was
invited to Neptune’s performance of Legally Blonde I have to admit I was over the moon to attend. I
loved the film when I was in High School and really related to Elle’s
character; I watched the movie again and again. I also have to admit that
I too had a serious love for the color pink so much so that some of my
classmates might remember that I could easily go more than a few solid weeks of
wearing mostly pink clothing. Also, embarrassingly enough my “love for the color
pink” is immortalized in writing in my high school year book (please don’t
judge me).

Highlights for me were the costumes, with over 150 costume changes, oodles of pink, and Warren’s socks coordinating with his polo tees; the styling in this musical was a fashion win. The singing in the show is also worth noting as these folks really have some pipes! I found myself belting out the lyrics to “oh my god oh my god you guys” all weekend! The pups stole the hearts of everyone in the theatre! Anytime the dogs came out the audience united in a collective “aweeeee” and we were smitten. Oh and the male dancers? Who could forget the male dancers?! 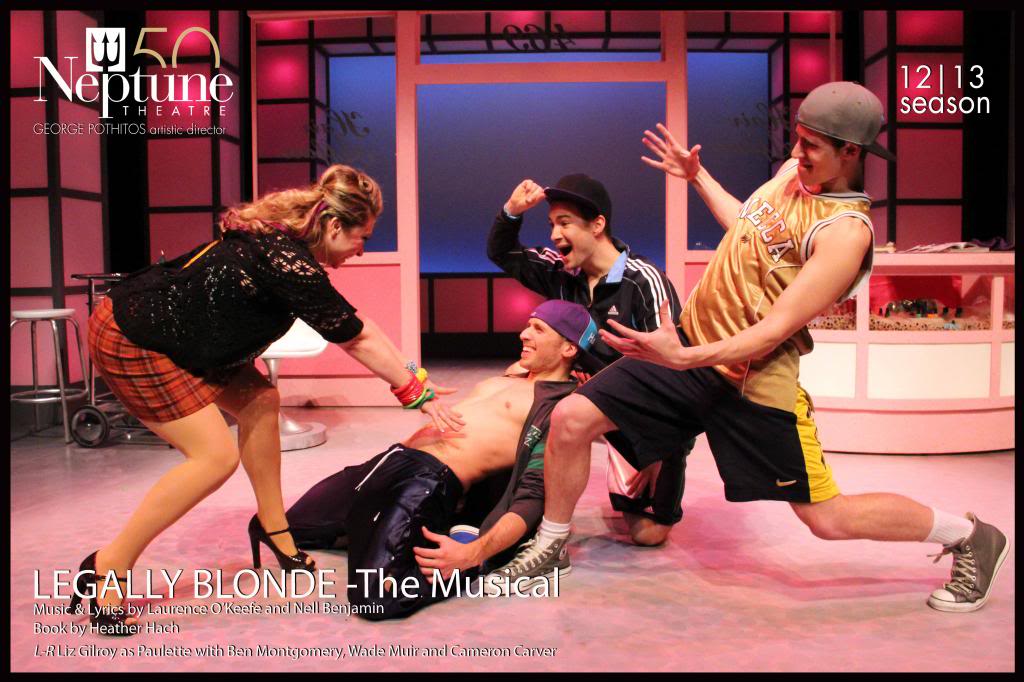 If you have the time you should definitely get your best pals together and go see this performance! It’s a really fun, and inspiring story, and the Neptune cast really brings the story to life! I was lucky enough to attend the opening night of Legally Blonde where we got to mix and mingle with the cast and other fellow guests at the “Sorority Party” after the show. Equipped with a cash bar, delicious appetizers, a live DJ, as well as this wacky photo booth. I was also happy to see one of my fellow Halifax fashion bloggers Jen who writes the blog Glitterary Girl. I’m always happy to stumble upon my fellow local fashion bloggers and what better place than in front of a camera dolled up in copious amounts of pink garb?

With
a great story, catchy music, dancing, puppies, and copious amount of pink
costumes: what’s not to love about Legally Blonde?! Clearly we had a blast! (as evident above), and so like I mentioned above if you have the time you should absolutely give it a go! Trust me you’ll be singing and dancing your way out of the theatre: I know I was!

Legally Blonde opened this past Friday and runs until May 26th, 2013. Show times at the Neptune Theatre are listed below:

*Ticket info available here: www.neptunetheatre.com.
*Show is recommended for ages 12 and up. 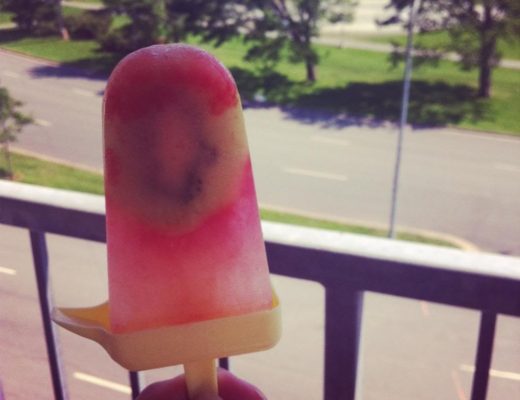 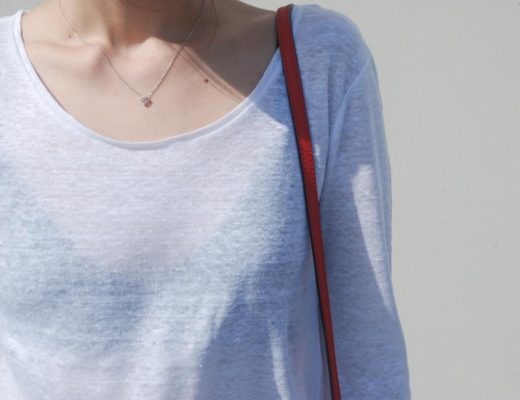