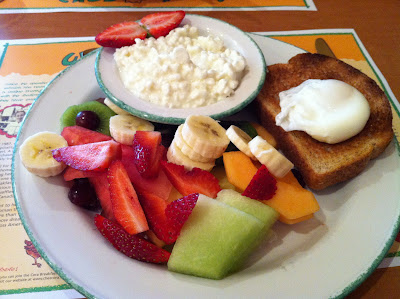 Straight off the plane from New York and into Cora (Dartmouth) for breakfast. I was still on California time, so it was breakfast time for me (8:30). Cora’s was the warmest welcome back I could have received. The temperature in Halifax is slightly colder than California, and the snow and slush were a bit of a kick in the thin linen pants I was wearing, but after being awake for more than 24hrs a nutritious meal was a MUST!
My darling friend picked me up from the airport and since I know what airplane food is like I skipped the meal and suggested we do lunch. She chose Cora’s and my face light up like the Vegas Strip.


I ordered the “Miss Poachy” which as you can see above consisted of a poached egg served on toast with a substantial bowl of cottage cheese and a mountain of fresh fruit. “Miss Poachy” is also served with two additional slices of toast (your choice of white whole wheat and multi-grain) and a selection of jams. After spending time in California I really did get used to eating a lot of fruit with every meal. I loved how amazing the food tasted in California, being a vegetarian and a self diagnosed sushi addict I really was in paradise. But! you don’t need to travel to California to get a deliciously vibrant breakfast, just head to Cora’s


Everyone loves Cora’s and the only reason I ever avoid going is because the line usually extends down the block. But! I think that if more places served more fruit with their breakfast they could also attract such business.  Fruit is what Cora’s is known for, and so people flock there because no matter what you order you know you are getting at least a little bit of fresh fruit AND it looks beautiful. 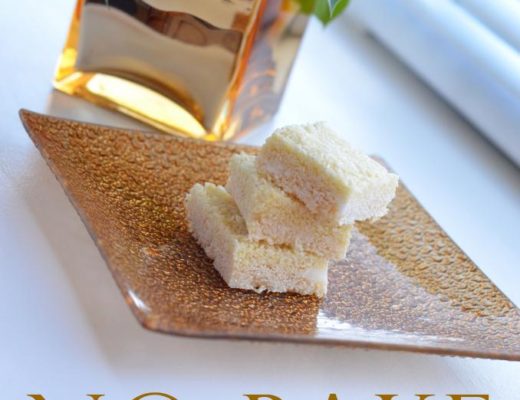 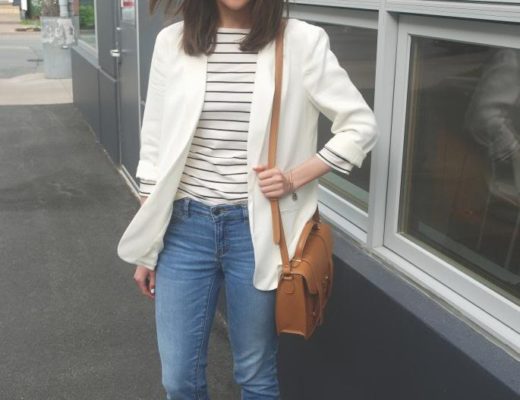 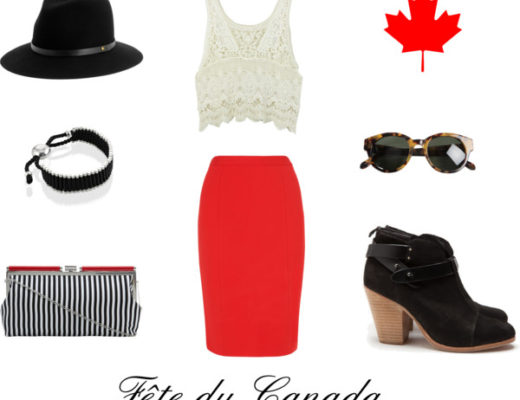 What to Wear on Canada Day