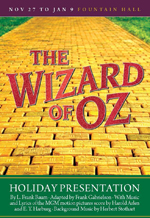 Part of the fun of going to the theatre is seeing everyones outfits. Little girls in their frilly dresses and red tights, fathers in suits, and mothers in pearls. Waiting in line in the washroom makes for great people watching. So much glitter and lace you would think you were at a Fashion show; these girls young and old alike are dressed to the nines.


Recently I went to see the Holiday Show “The Wizard of Oz” playing at the Neptune Theatre: on now until January 9th. Click here for Ticket Information

Great costumes, great directing, great cast. Throw backs to Disney movies like the Lion King and Mickey Mouse had the crowd laughing and laughing. I didn’t find Dorathy’s character played by Balir Irwin to be as likable as the idolized Judy garland. Something about her facial expressions were distracting. I know that theatre is over the top, but for a small theatre like the Neptune this was too much: even for me.  I liked that her dress changed from black and white to blue and white; since the original film was the first film to ever be produced in color. I appreciate the directors close attention to detail.


Highlights for me were the munch-kins played by children, they turned it around. They were full of charm; one even scratched his bum in the middle of his performance. Hilarious.

Toto was a real dog, props to the cast for being able to work around that. However, he looked like the Wicked Witch of the West put a sleeping spell on him at times: I hope he was handsomely paid.

This show seemed to be enjoyed by all: from the older gentleman next to me who kept slapping his knee to the little girl “whispering” to her dad behind me. There was plenty of smiles and laughter.

The show also used technology which I thought was neat. Including projected images on screen, was in my opinion, genius for bridging the gap for theatre and television especially for kids. It wasn’t overly used, but accented the play quite nicely.


Overall I’d give it a go, so much of theatre isn’t the acting it’s the experience, I love the costumes and the imagination and most of all when things go awry. Things that television just can’t offer you no matter how hard they try. 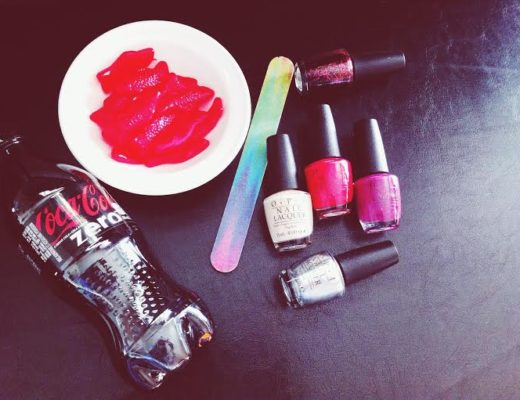 COCA COLA BY OPI: A REVIEW