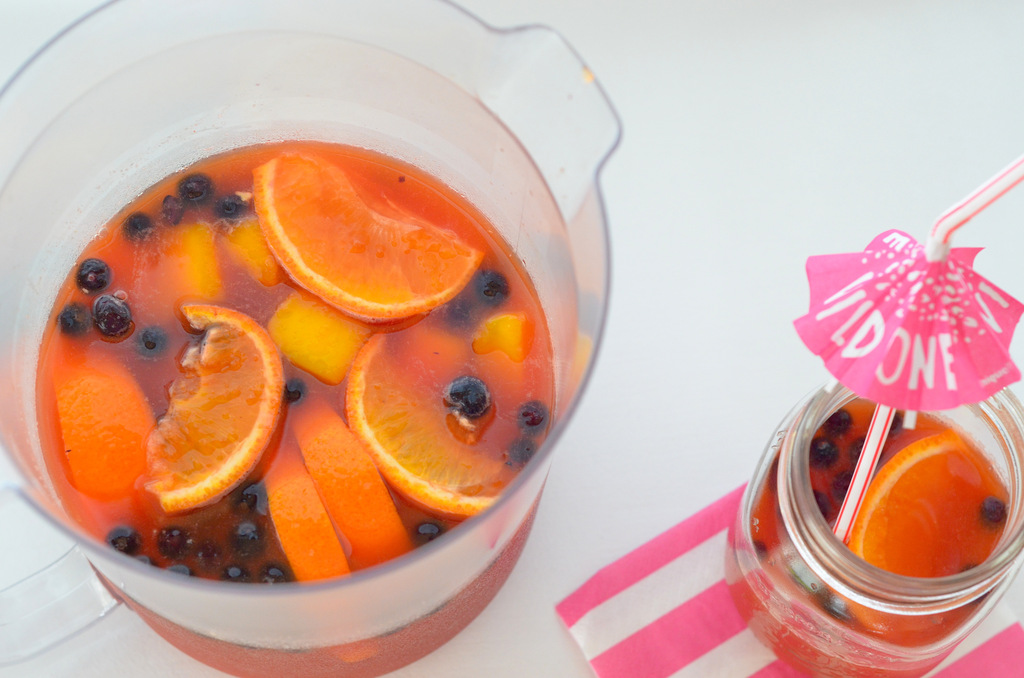 I know that summer is coming to an end (WAH!), but September is arguably when we get some of our best weather, and just because it’s September 1 (WAH! again) doesn’t mean they stop selling watermelon at the supermarket. With that being said I can ‘t help but still want to eat ALL the watermelon before it’s all gone and we make room for ALL the pumpkin…. (yes it’s coming). So while I hang on to what’s left of summer here’s a delish recipe for watermelon white wine sangria.
When it comes to punches you really can kind of throw anything into a bowl, or container and call it a day, and so long as the alcohol to juice ratio is right , and you have a variety: you can’t really mess it up.
That is unless you’re a particular restaurant in Moncton.  After a recent experience of having “sangria” (a term used loosely) at a resto (which shall remain nameless) I was determined to make it right for my guests. Initially I was super excited to see that this particular resto had a white wine sangria on their menu, as I find that it’s typically red wine sangria’s that you find in restos, and red wine gives me migraines so I usually have to sit out on the sangria.
The “sangria” I had in Moncton which “sangria” is a term I would use
lightly because it really was just pineapple juice, and a little bit of
white wine, with a couple pieces of melon tossed in: was really disappointing. Dear restaurant owners, if you don’t have any intentions of making an item on your menu how about just omitting it altogether? I am of the firm belief that no item on your menu should be any less lackluster than the next, so if you don’t plan on actually making sangria, and you wish to serve a pineapple mimosa then you should update your menu; otherwise, you’re going to have some very disappointed consumers.  And disappointed customers you had.
When I think about sangria I think about a smooth complex mixture of fruit, juice, and wine. I like a lot of ice, and just a hint of alcohol.
I just should mention that this recipe includes vodka, and some would suggest not to serve vodka in a punch or sangria because it can make for some unruly guests. Use at your own digression, and you could always just use the wine if you’re concerned. Unfortunately a certain someone drank half of my wine for my recipe, and I didn’t notice until it was just about party time, so I added the vodka to keep the sangria a float.
WATERMELON SANGRIA
6 cups of watermelon cubed, divided.
1/2 bottle of white wine (of choice)
1/2 cup of vodka
splash of lemoncello
2 packages of stevia (could use simple syrup)
splash of lime juice

1 cup of desired fruit, I used frozen mango, oranges, and blueberries.
1 cup of mango lemonade (I had this in the fridge you could use whatever you have on hand).
Club soda
DIRECTIONS
Blend watermelon
cubes in a blender; blend on high until very smooth.
Strain juice
through a mesh strainer into a large pitcher.  Do not force the juice through the strainer, as this will create a very cloudy liquid, and we don’t want that.
Add mango lemonade (or whatever juice you have) and lime juice.
Add wine, vodka, lemoncello, and stevia into the pitcher. Stir to combine.

Add frozen mango, orange sections, and blueberries
into the sangria.
Chill for 4 hours before serving.
I like my sangria a little bubbly, so I added club soda to mine you don’t have to do this, but it really was great! Just be sure to add the club soda just before serving, so it doesn’t have the chance to go flat.
And that’s it! If you’re a watermelon lover you’re going to love this recipe 🙂 I think you could even omit the additional fruit, and you could make this recipe as a blended drink too!
Happy Tuesday! 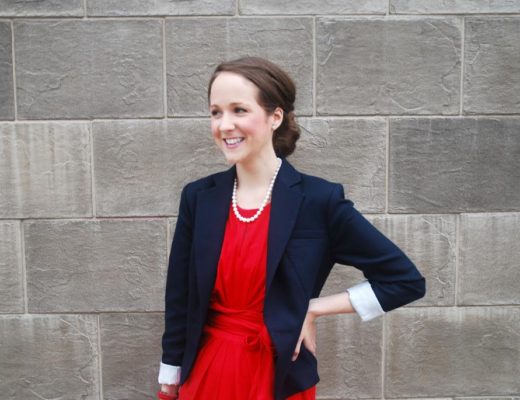