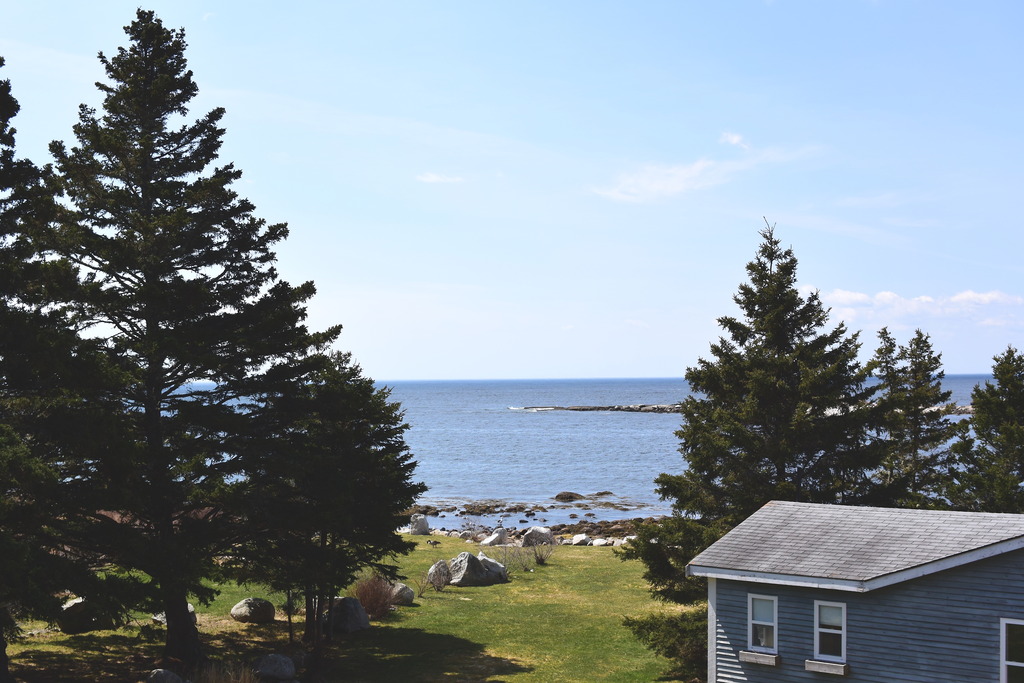 Recently I took a little road trip with Ford out to Oceanstone in Peggy’s Cove and caught up with Robin Esrock a published travel writer, TV host, and all around adventure seeker.
Mo and I hoped in a Ford Fusion and we drove out to Peggy’s Cove 🙂 the car was BEAUTIFUL with it’s red leather seats, and it was a really smooth ride, and very easy for Mo to drive. She did great 🙂
Upon our arrival we were greeted with Nova 7, and some delicious appetizers. Having just gotten back from Mexico I really struggled not to say gracias every two seconds lol. 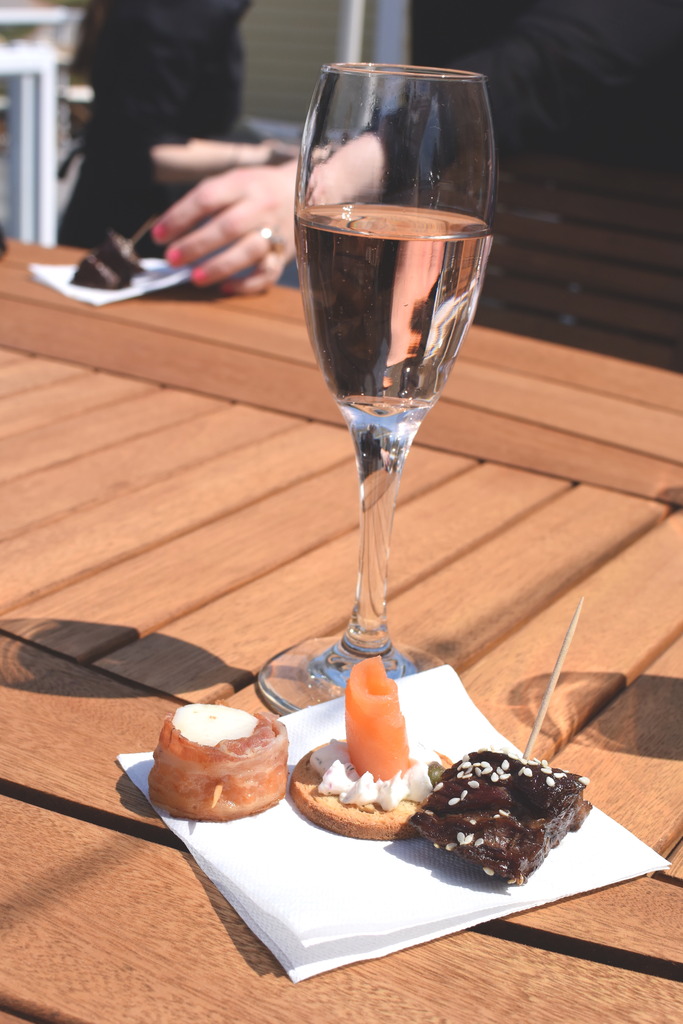 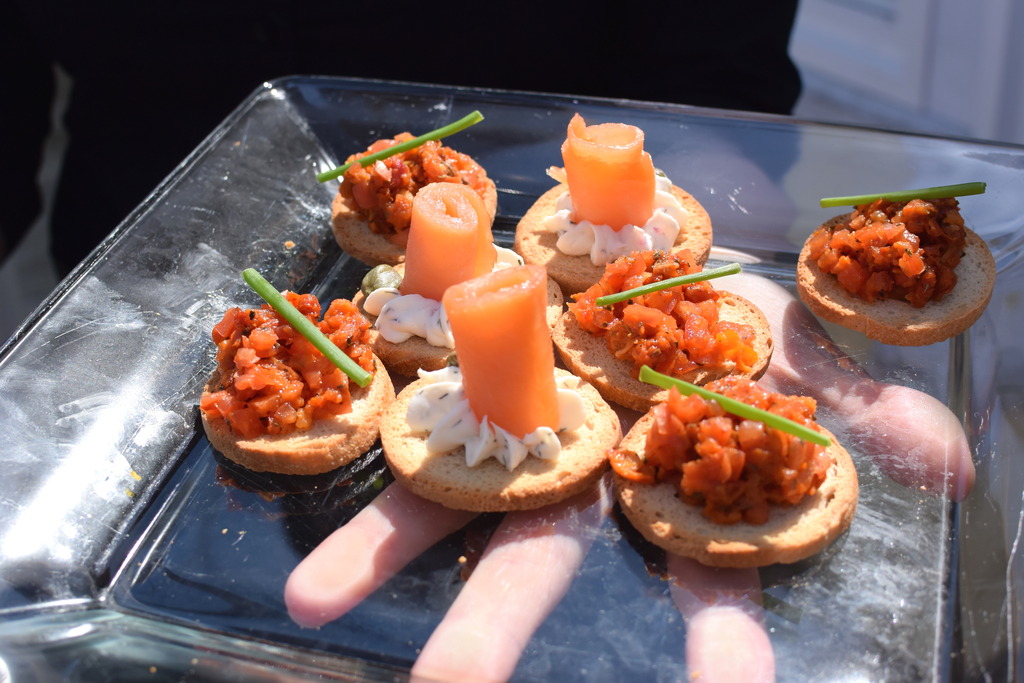 After taking in the stunning views at Oceanstone we then retreated indoors for our oyster shucking lesson. I have eaten oysters on many occasions, but never tried to actually shuck them myself. It was very informative, but given how clumsy I am (and the champagne) I decided to forgo the hands on lesson, and just watch from the side lines. I didn’t feel like losing a thumb that day. 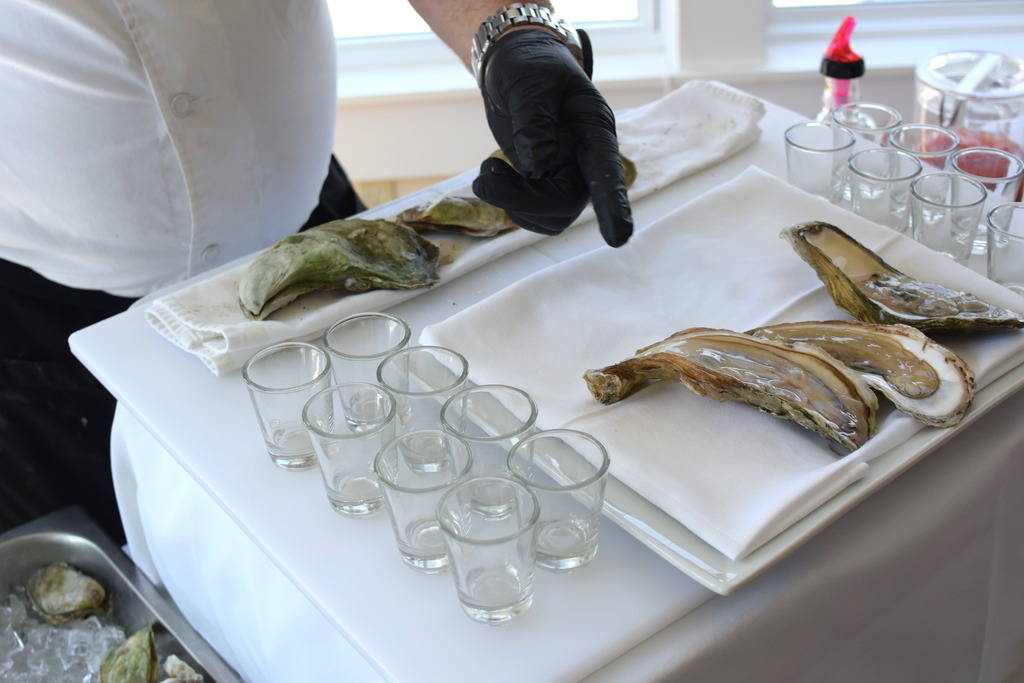 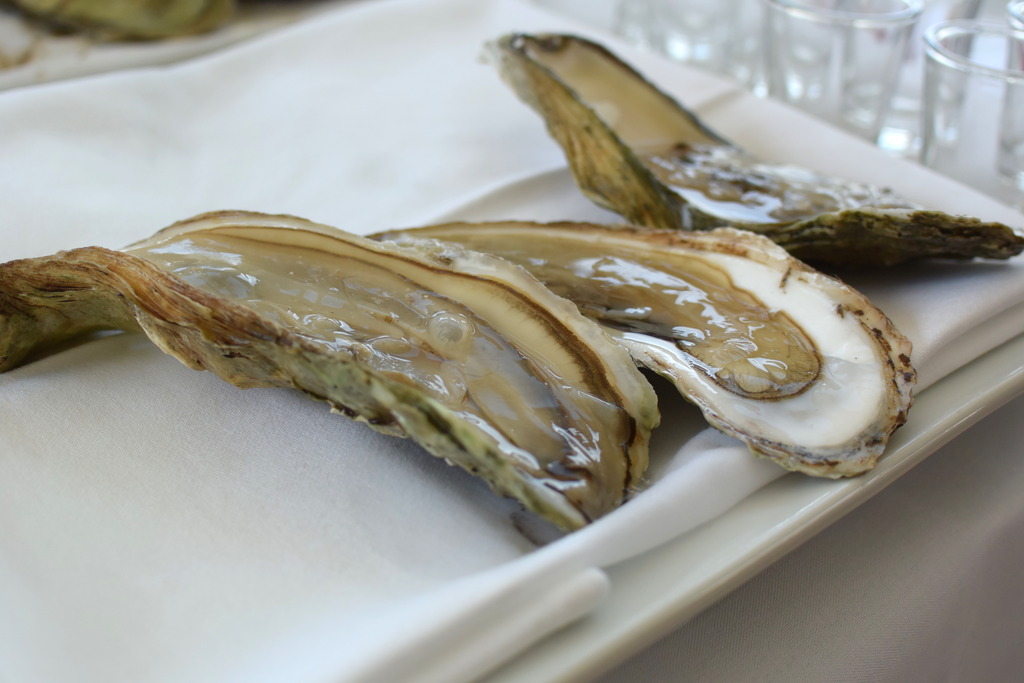 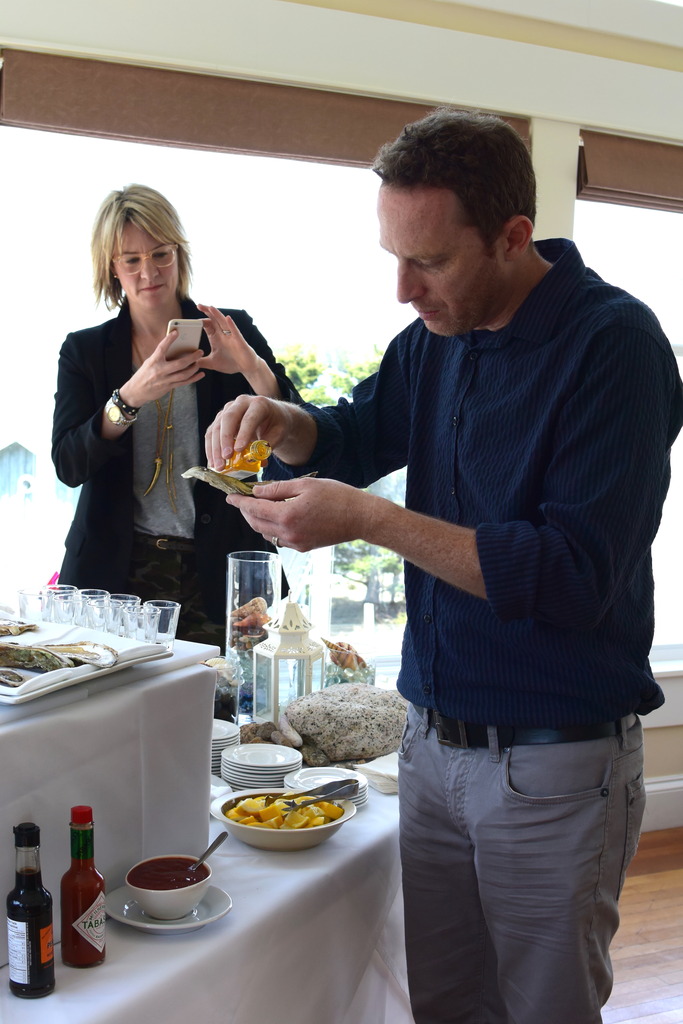 After our oyster lesson, and oyster shots (clamato juice, vodka and an
oyster) we then made our way to the beautifully decorated tables. I was
happy that Robin had decided to dine with us, so we could have a chat
and get to know each other. He seems like the sweetest, most down to
earth guy. He deserves all his success because he’s certainly worked
hard. He mum was pretty cute too! 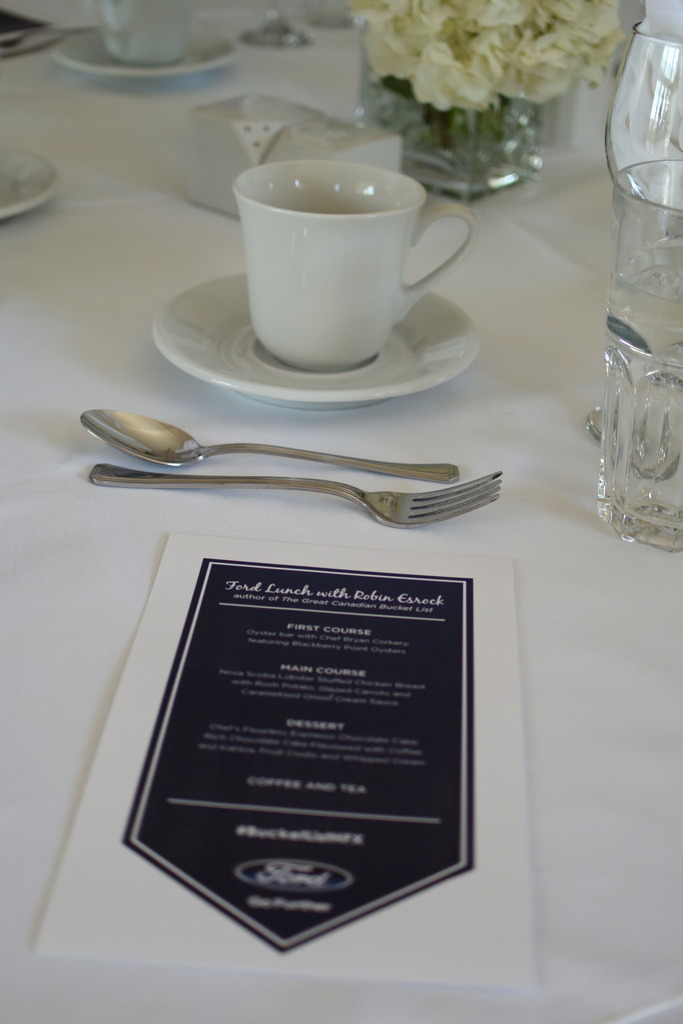 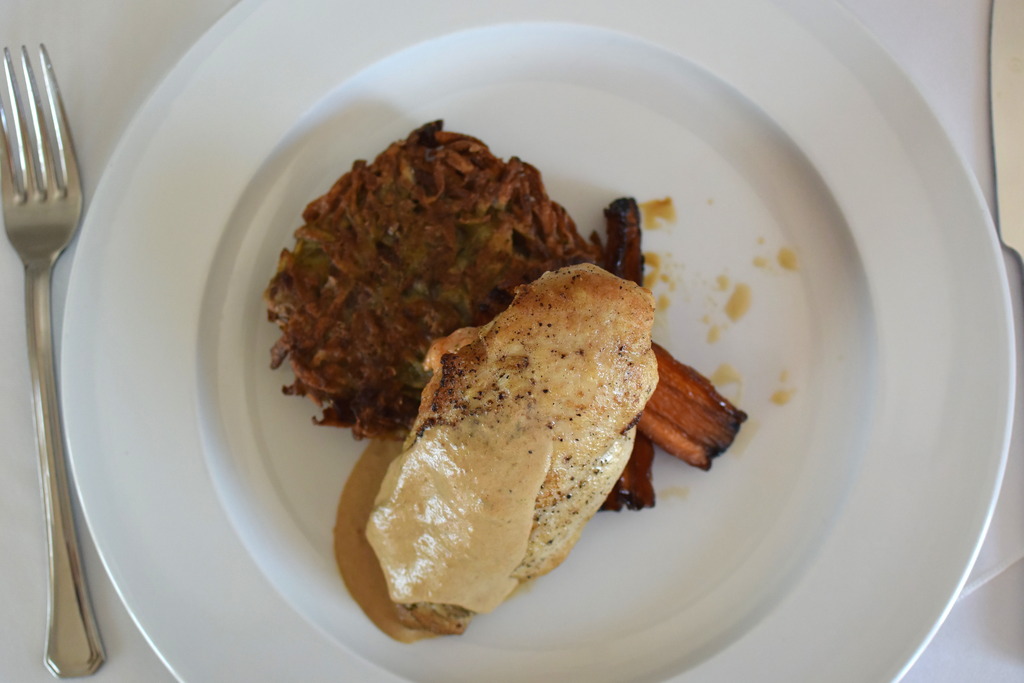 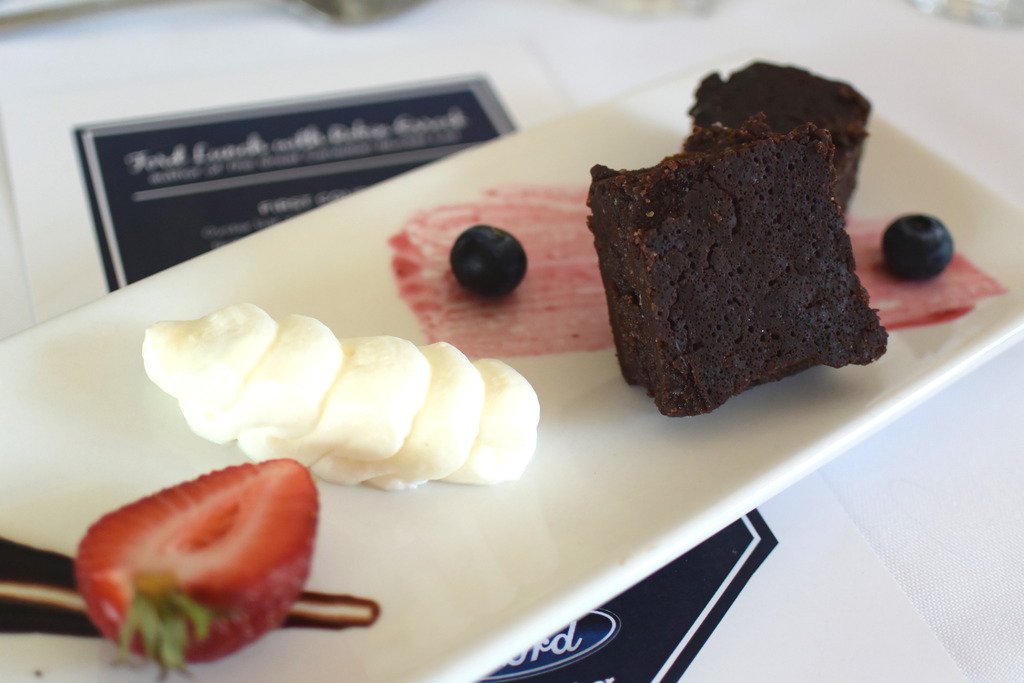 The meal was delicious! We enjoyed lobster stuffed chicken, with latkas, and carrots. Everything was delicious, but that chocolate flour-less espresso cake? I could have taken some of that with me to-go! It was SOOOOO rich and SOOOO good.

Robin Esrock, author of “The Great Canadian Bucket List” and the “Great Atlantic Bucket List” which a lot of you might be happy to know Peggy’s Cove is NOT on the list! Before you lose it on my I do love Peggy’s Cove, but personally I was happy to see other attractions get some publicity for a change 🙂 Robin took us through how he got to be an author and television host, which as a blogger I’m always interested in knowing people’s paths to success. I store their little tidbits of advice in my memory banks for inspiration later. 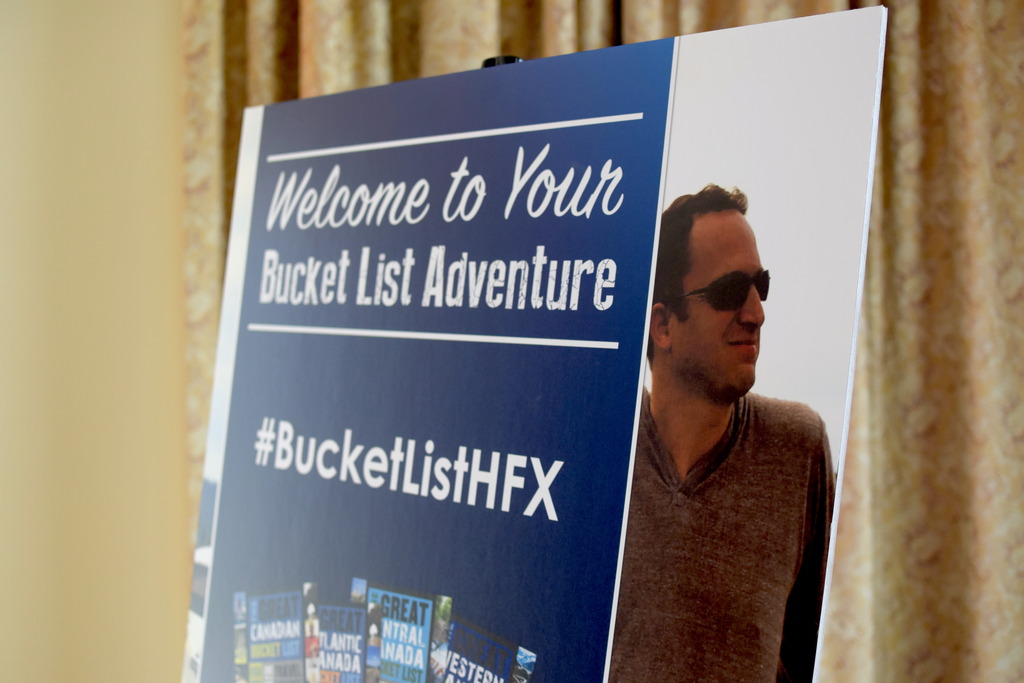 Meeting Robin and hearing all about his crazy adventures made me REALLY want to have my own. Despite having JUST touched down in Halifax after being in Mexico for a week about two days before this event I immediately thought… mhm where can I go next?
I’m looking forward to making my way through Robin’s books, and checking some things off my bucket list as well.  One of which will be to return to Oceanstone! Wow this place is beautiful and it’s so close to the city it would be really easy to get a group of folks out there for a weekend getaway.
Where are you headed next blog reader? 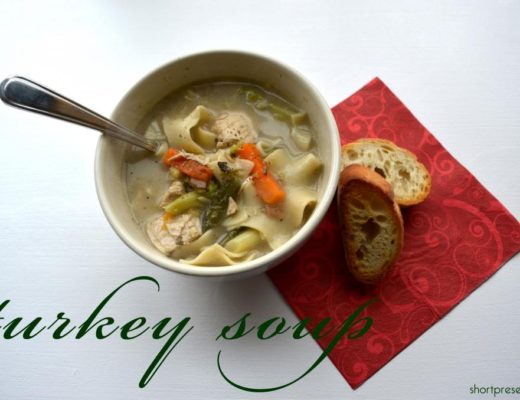 To Do Tuesday: Homemade Christmas Cards 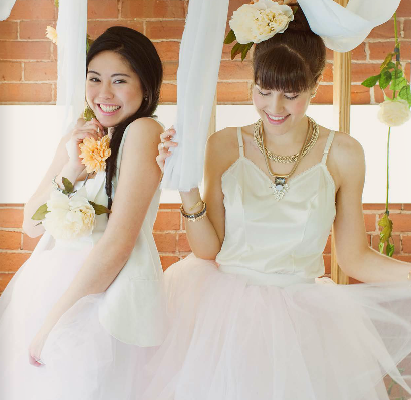