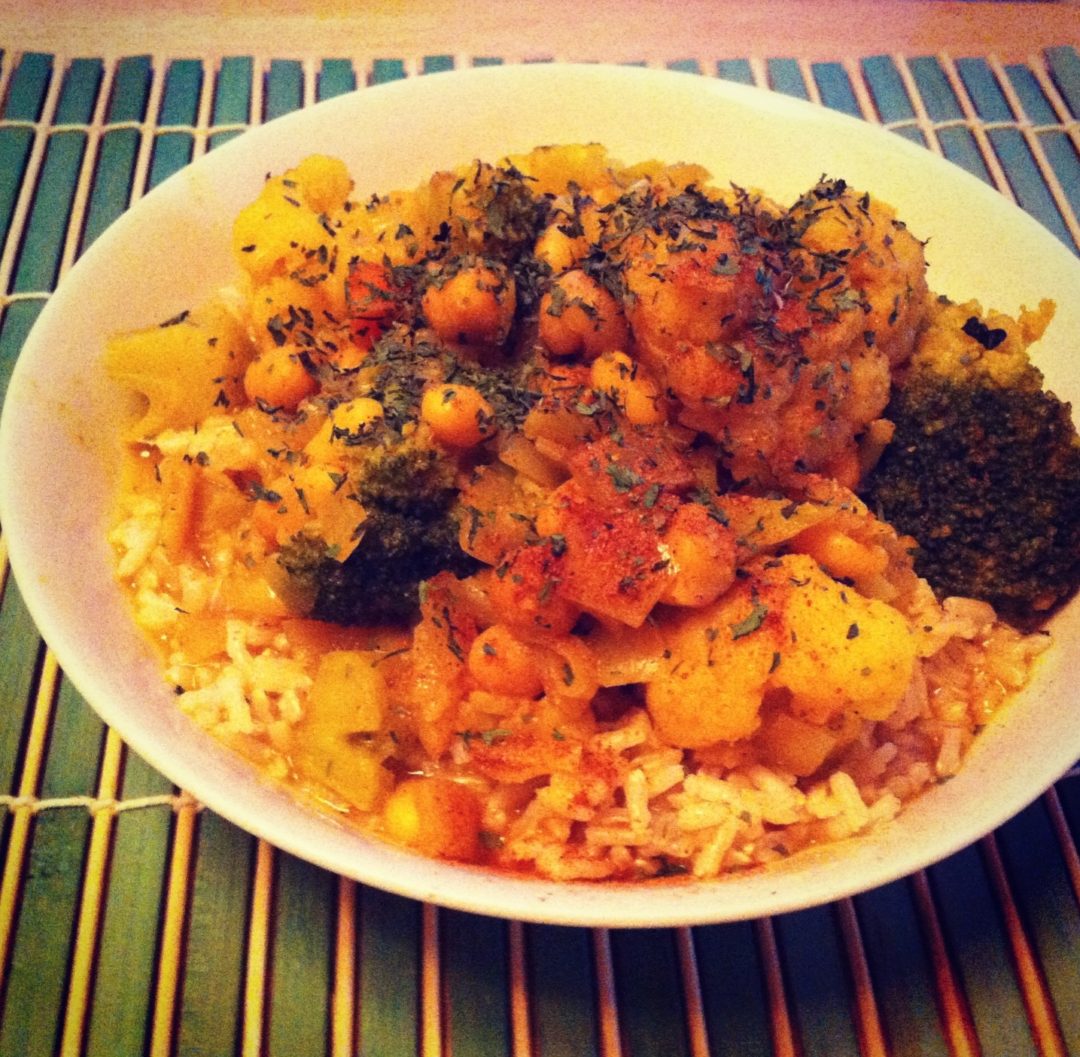 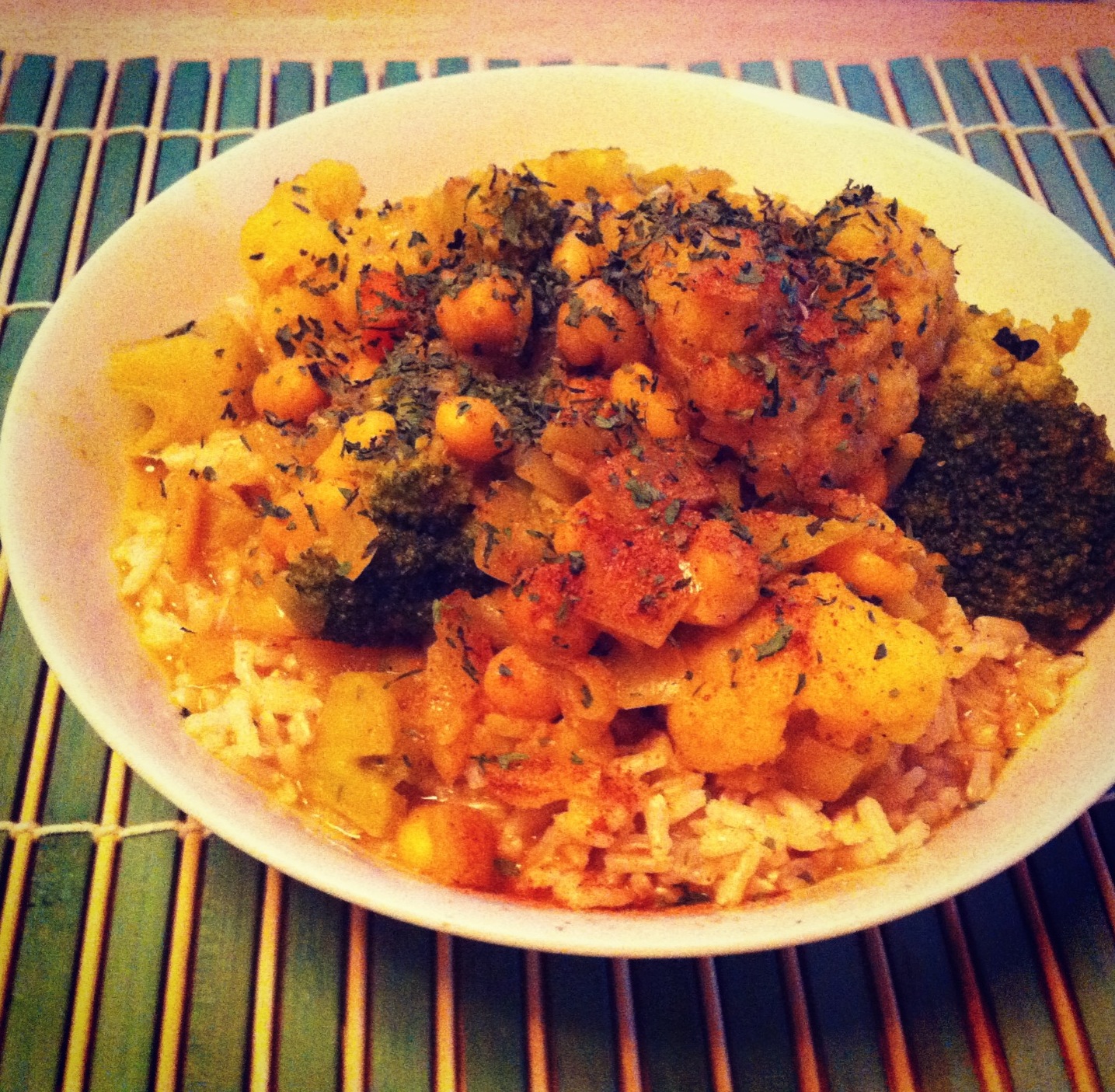 I’ve posted this recipe eons ago (recipe here), but when I was hosting a potluck at my place and two of my friends were vegans I wanted to make a dish that I knew everyone could enjoy. I also had annnnnother friend who was allergic to peanuts, I did not factor in the fact that almond milk contains nuts. Seriously where was my head?


To make this dish vegan it really wasn’t difficult, all I did was change the butter to olive oil (which I would do anyway because I don’t even have butter in the house), and I changed the broth to a vegetable broth (pretty easy), and then I swapped out the white flour for a gluten free option just for the heck of it.

Now about the broth, just because it says ‘vegetable broth’ does not mean that it’s vegan. Yeah crazy I know? Why do we need unnecessary animal products in a veggie broth? I have no idea, but some things to look for are “may contain milk” or if in the ingredients it reads “whey”. I found an organic one with words I could pronounce and they were all veggies, so I was pretty confident about that. For those local folks I purchased the broth in the organic section of Sobeys. Conversely you could make your own broth and here’s a recipe for Vegetable Broth.

Heat oil in an iron pan and sauté onion until it becomes translucent.
While this is happening toast your spices the recipe didn’t call for this, but
honestly it really helps. Place the spices in a pan and heat until aromatic.
Then add spices and let cook while stirring continuously just until the mixture
sticks together.

Incorporate flour and keep cooking, without stopping stirring until the
mixture dries out (clumps together).  Remove from heat and slowly add
coconut (almond or soy) milk and the stock and mix well.  Add lentils, and then bring to a
boil and cook uncovered for 8 mins (this
is where I added chick peas so you don’t really need to cook for 8 minutes if
using canned chick peas).

Add the vegetables and continue cooking over a low heat for 10 minutes,
until the lentils (chick peas) are tender and veggies.  Sprinkle with
coriander and serve (with plain yogurt and rice). ***When I made this I skipped the lentils, and added a rinsed can of chick
peas just for timing sake, but by all means lentils are really good for you, so
lentil up. I would strongly urge you to try this recipe it’s a messy one, and it’s not way up there on the pretty scale, but it’s SO good.
I served this dish with whole grain brown rice, but you could also do rice noodles too.
Happy Tuesday Blog Reader!!
Sincerely,
Short Presents
FoodFood and NutritionHealth and Wellness
1 Comment
Share