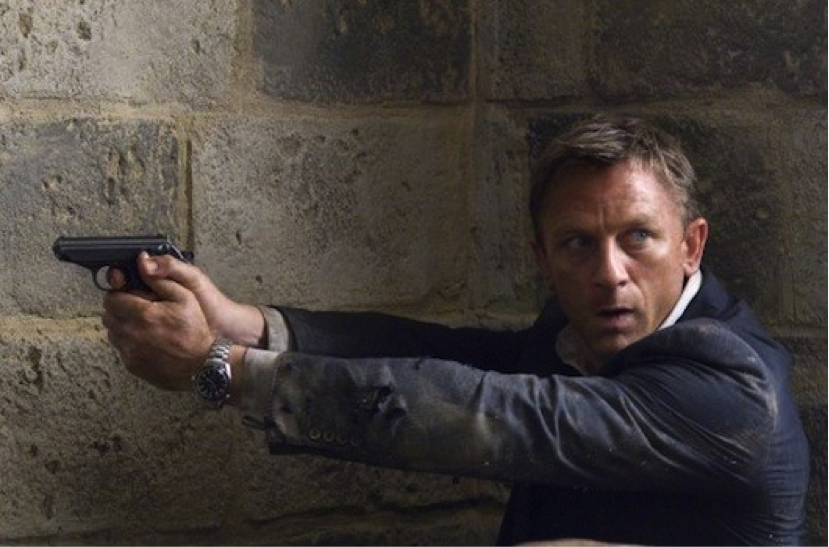 **In lieu of celebrating the release of the 23rd
James Bond film today we welcome a guest post about the history of the iconic watches from the famously familiar M16 agent. From one Bond and Watch obsessed gentlemen I give you today’s Menswear Monday Post.

There are many things that I’ve come to
associate with James Bond over the years. Most people associate him with fast
cars (read: Aston Martins), and women (read: supermodels) – with some spying on
the side.

To me however, there are so many fine
details beyond these inclinations that have endeared Ian Flemming’s character
to many, and ensured his posterity in society’s collective memory.


For me, some of the things that make James
Bond special lies in the tools he uses. Bond’s weapons, his gadgets, and his
watches – of which the latter often contains both of the former. In Casino
Royale, M succinctly refers to Bond as a “blunt instrument” but anyone who has
seen the films knows Bond’s watches are never blunt, nor simple instruments.

In Ian Flemmings novels, Bond was a Rolex
man favoring the Submariner on a NATO strap (the strap issued to all British
Defense Ministry agents). This watch retailed around $900 at the time, and
retails today for around $25,900 for a well-kept vintage piece. The Submariner
can best be seen in Connery’s rendition of Bond in 1964’s Goldfinger: 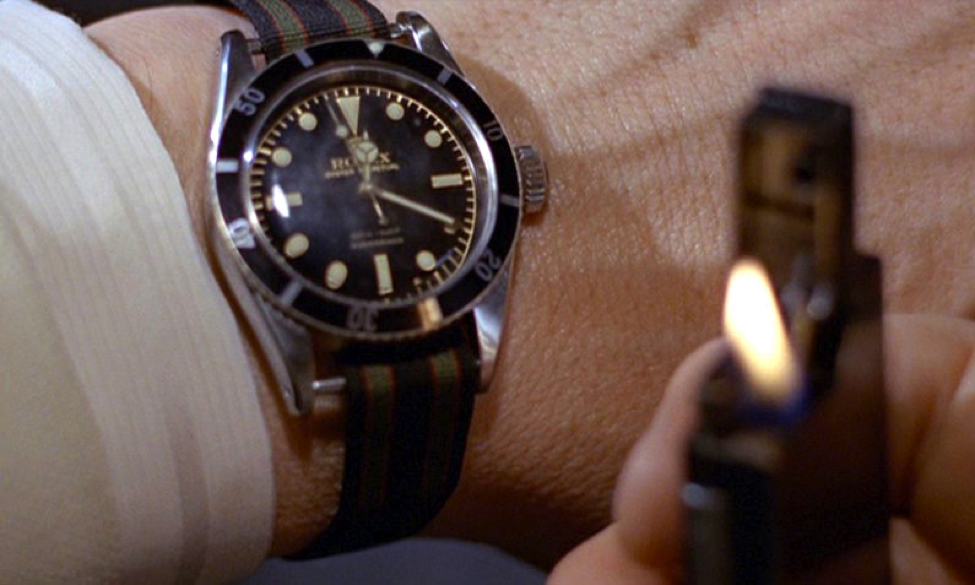 More recently however, Bond has switched to
the arguably more refined brand of Omega watches. This switch occurred when
Pierce Brosnan began his tenure as Bond in 1995’s Goldeneye.  The switch
occurred as producer Barabara Brocoli wanted a “more elegant” watch. The watch
chosen by Brocoli was the Omega Seamaster (which retails at $3,608): 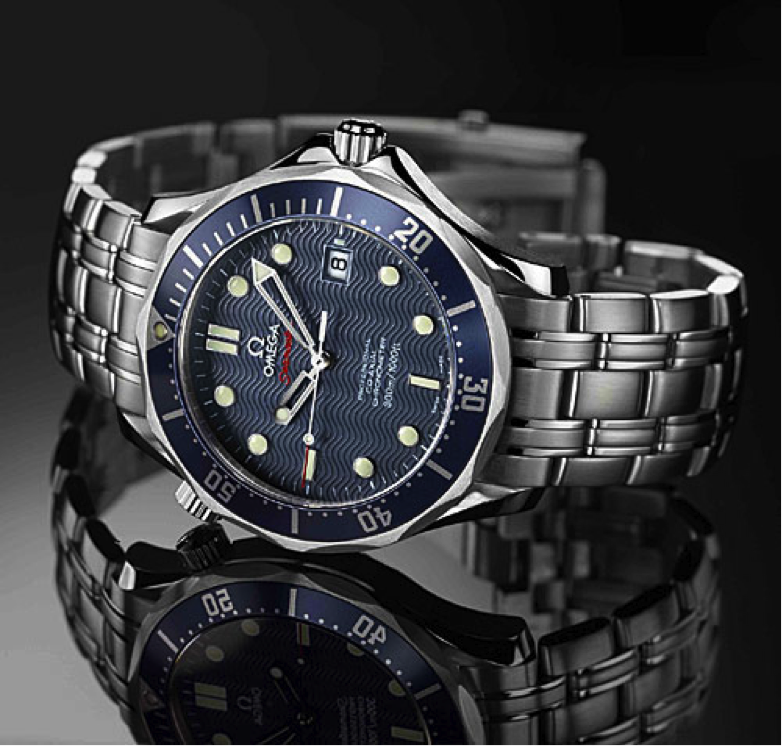 Like the Rolexes before them, when the
Omega was introduced in Goldeneye as the watch of choice by Bond, it included
many features to ensure that it also maintained its place as weapon of choice.
Over Brosnan’s films the watch was modified to include a piano wire for
strangulating Bonds victim, an explosive detonator for obvious purposes, and a
laser capable of cutting through metal.
After Brosnan’s retirement from the
franchise, Brocoli and the new Bond, Daniel Craig, set out to reinvent the Bond
franchise from the ground-up. Unsurprisingly, to add to the authenticity of the
character, one of the first things that got dropped in 2006’s Casino Royale was many of the features
which made the Brosnan-era films appear kitsch.
With the reboot of the series, Brocoli and Craig decided to drop the
gadgets, and once again add some more elegance and utility with the Omega Planet Ocean (which retails at
$5,081):

Since Daniel Craig adopted this watch as
his staple accessory in 2006, Omega’s sales of the model have skyrocketed. It
is no surprise of-course that Craig can be seen wearing this watch once again
in the recently released Skyfall, and that Omega continues to issue limited
edition versions of the Planet Ocean with each film release.
To celebrate the release of the 23rd
James Bond film, Omega has also once again partnered with the films producers
to release a custom branded version of the Planet Ocean that can be found here.
If you’re interested in donning some Bond
swagger with the more timeless and unbranded version of the Planet Ocean, you
can cruise over in your Aston Martin to your local luxury watch shop or my
favourite haunt (prestigetime.com) and pickup the Omega 42mm
or 45mm (Craig has worn both sizes over his three films).
I’d be remised if I didn’t note that there
are of course many other watches in-between the above three noted (Casio,
Pulsar and Seiko to name but a few). However, most Bond enthusiasts will agree that
the above watches are some of the more defining features of Bond’s legacy:
perhaps even more so than the fast cars, or supermodels.  A well crafted tool, but hardly a blunt
instrument.
Yours Truly,
Bond Enthusiast. James Bond Enthusiast.
Happy Monday Blog Readers,
Hope you enjoyed this guest post and a little bit of a change from reading my posts! I’ll be back tomorrow with your Tasty Tuesday Recipe Post.
Sincerely,
Short Presents
Menswear
3 Comments
Share