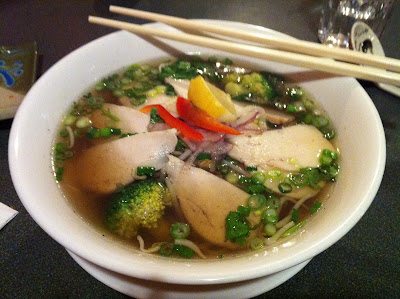 After lugging around all the hats, the mittens, the scarves, the multiple sweaters and the jackets; the weather here in Halifax might be starting to wear you down, and forcing you to retreat indoors. It can be difficult to stay healthy when everything in the city is either closed, and/or closing soon. Apparently even fast food restaurants were forced to close yesterday in Halifax and they pride themselves on only be closed at Christmas. Given the time of year and an added kink in your exercise routine, this weather could be starting to weigh on you (literally). That’s when you should turn to soups! They are often quite filling without the added calories (be careful of sodium content, however). Research says that eating soups especially blended soups, can keep you full longer even though it is the same amount of calories. Neat eh?

You’ve probably walked passed Star Anise several times either going to the Pogue Fado, or on your way to other various places on Barington street, but if you are into Phở this place is a gem. Above is a photo I took Tuesday evening at Star Anise, this restaurant is easily my favorite. The Pho soup here is to die for, the portions are incredibly substantial, enough to qualify as a meal, and the presentation provides a pop of color.  We usually stumble in quite late, but the staff are always accommodating and their attitudes resemble nothing of Seinfeld’s soup Nazi. You won’t even have to chose between your date and your soup; I promise. Soup Nazi clip click here 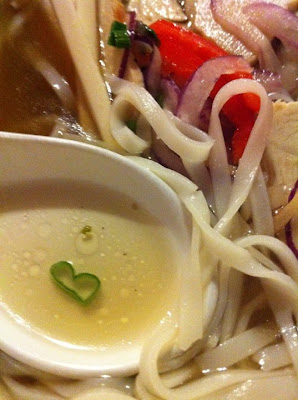 This full bodied Vietnamese soup starts with a delicious harmony of a broth, ample rice noodles, thin slices of chicken (in this case) topped with bean sprouts, coriander, red and green onions (so yum!). Pho soup comes in many varieties from beef, to shrimp, and even tofu if you want to go veggie. I think one of the reasons why I love Pho Soup SO much is because I respect the process; I know that this soup is difficult to make, and so I appreciate when it is done well. It truly is an art to get these flavors to balance this well, you do not want one flavor to over power another otherwise it’s a mess. I think the magic is in the broth preparations, and you can’t find this in a can at the supermarket. So bundle up, and do what you have to do to get your self into Star Anise to try this soup, it will warm you up, and fill you up. Once you get your hands on this soup look out though because you might find yourself like Newman; dropping everything and running out of the house to get yourself some pho soup.


PS: Star Anise is closed on Sundays and sometimes they close early, best to give them a ring before if you are running late. 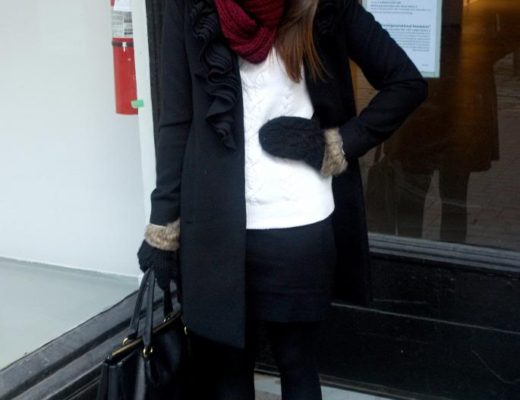 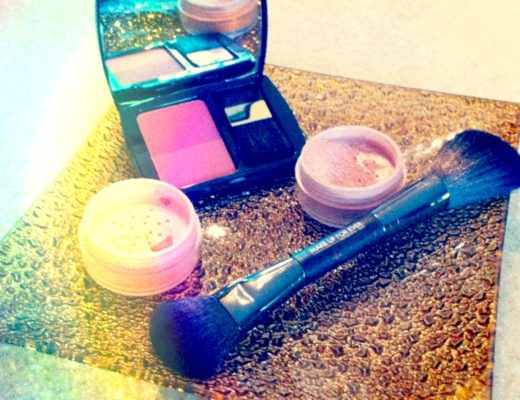