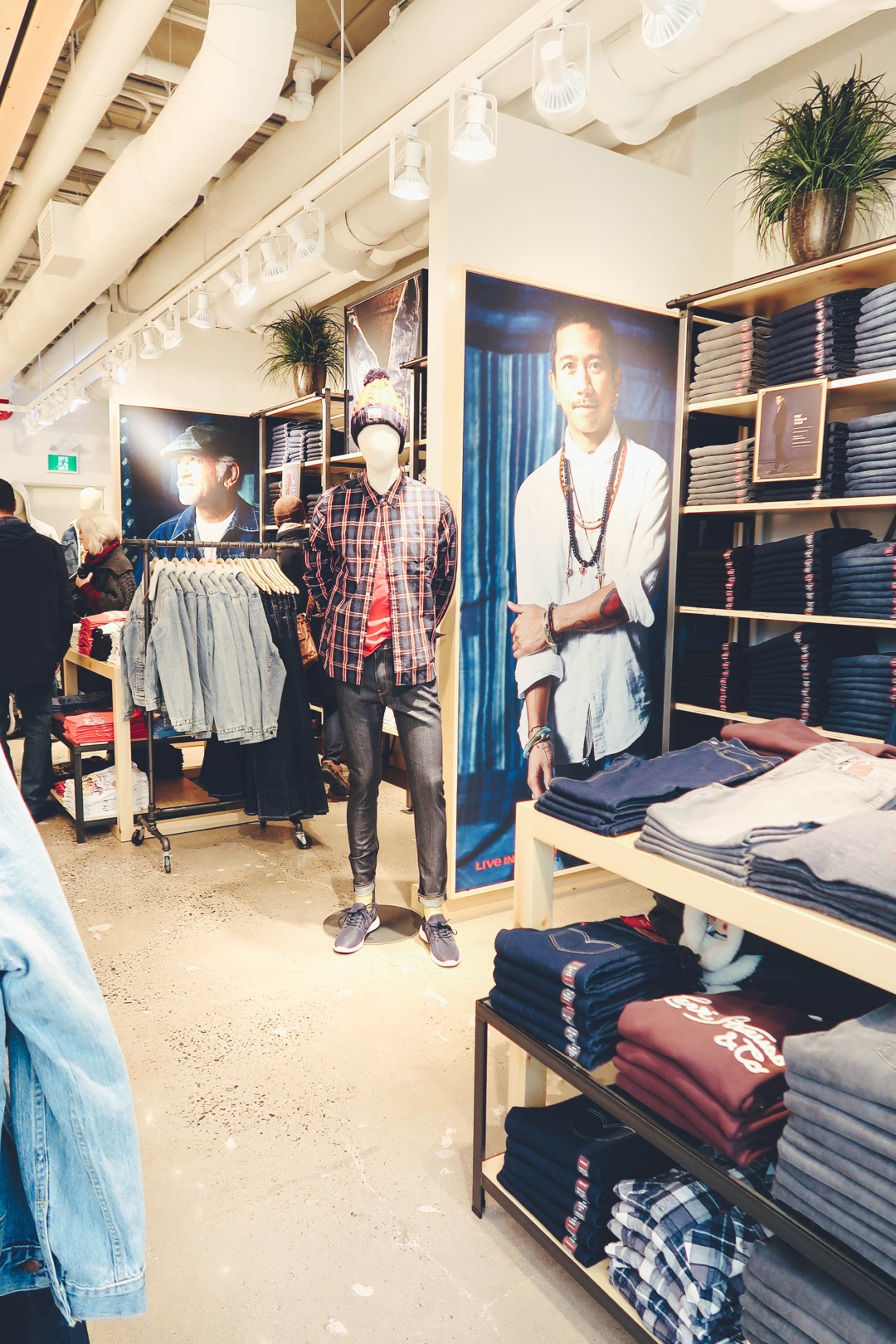 I couldn’t be more excited to announce that Levi’s has opened it’s doors to Halifax! Conveniently located on the third level of the Halifax Shopping Centre, the Levi’s Halifax store opened it’s doors officially this past Friday, and of course I had to be there for all the action.

When you think quality jeans you think Levi’s, the brand has been around since the 1800s (THE 1800s!!), and let me tell they know a thing or two about denim!

No matter what denim style you prefer you can bet that you’re going to find it at Levi’s (and they will be comfortable to boot). 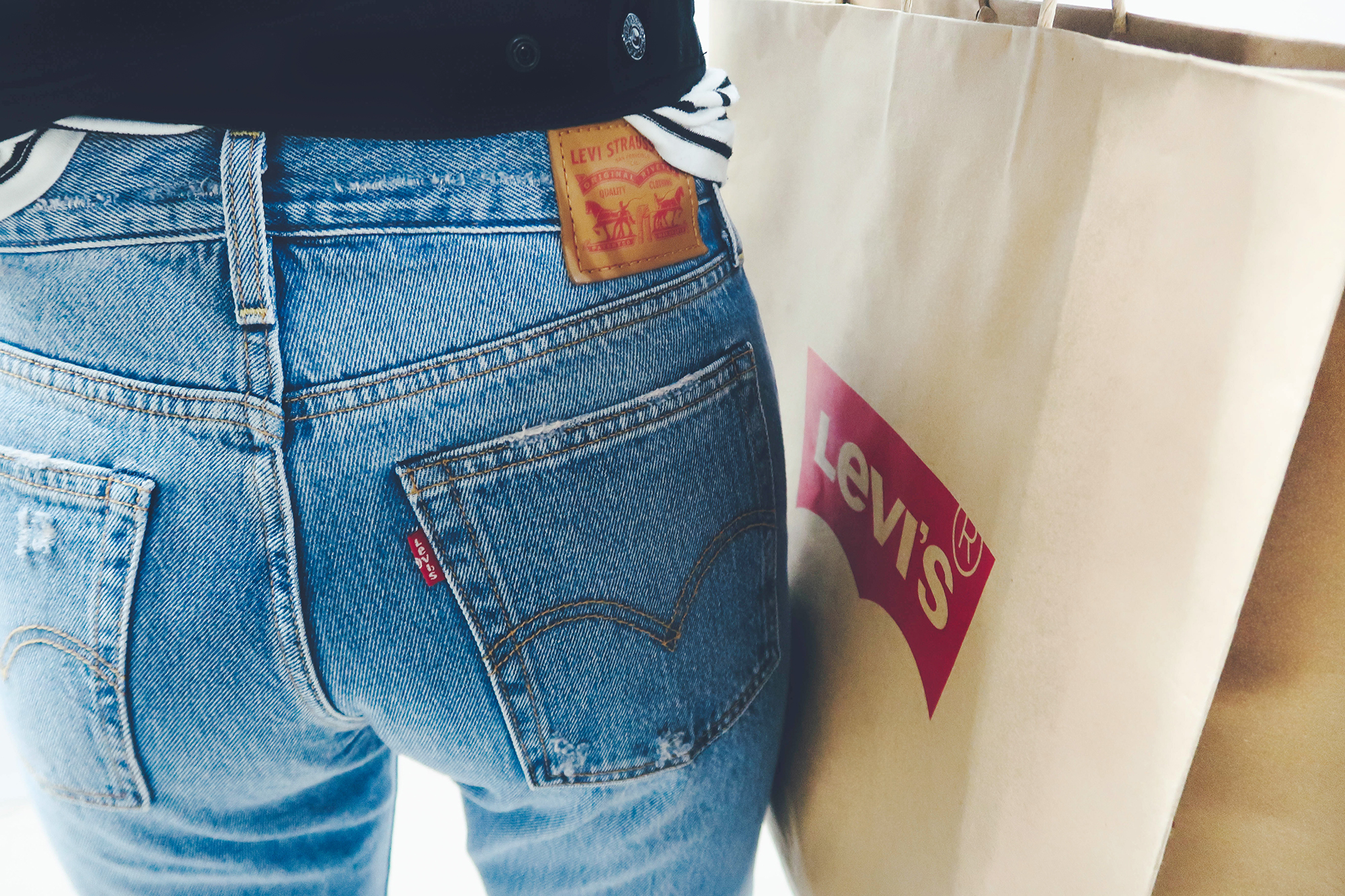 ABOUT THE LEVI’S BRAND

The Levi’s brand epitomizes classic American style and effortless cool. Since their invention by Levi Strauss & Co. in 1873, Levi’s jeans have become one of the most recognizable garments of clothing in the world – capturing the imagination and loyalty of people for generations. Today, the Levi’s brand portfolio continues to evolve through a relentless pioneering and innovative spirit that is unparalleled in the apparel industry. Levis’s are currently available in more than 110 countries, allowing individuals around the world to express their personal style.

For more information about the Levi’s brand, its products and stores, please visit levi.com. 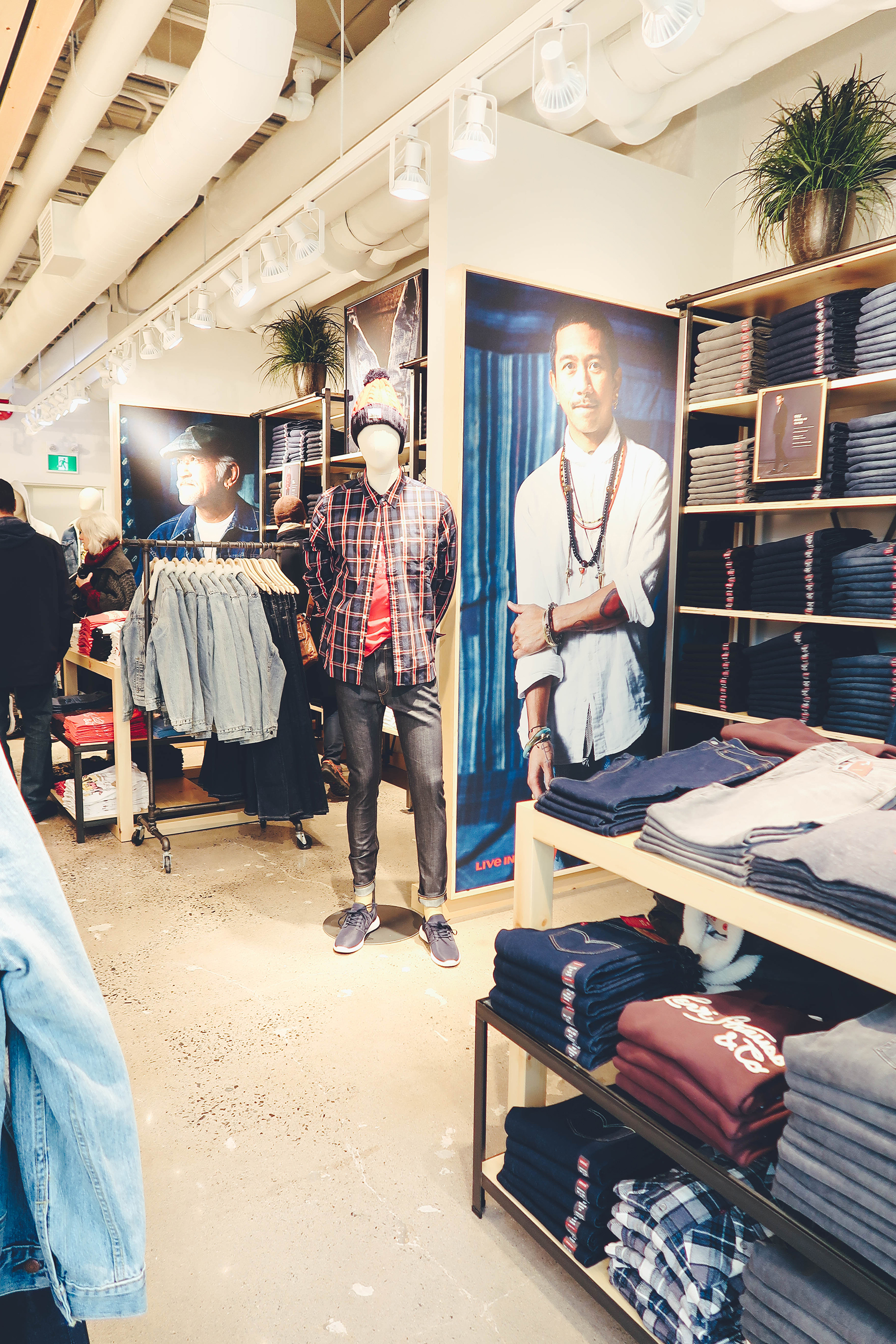 GET A SNEAK PEEK OF THE NEW STORE

How beautiful is the new Levi’s Halifax Shopping Centre location?? I’m so pleased that the new Levi’s Store offers an array of options for men and women’s jeans in a variety of lengths. There’s plenty of stores that carry Levi’s (of course) but you can never really rely on getting your exact size or style. It’s nice to not have to hem your pants. With the new Levi’s store you can buy your jeans and wear them the same day! Oh the luxury.

With the new Levi’s store now you can shop for any size, any length, any style, and any wash!

While I was picking out my outfit for the party there was a women in the fitting room, and she was tickled pink that she finally found her favorite jeans again (which looked amazing on her btw). You would think you gave her a million dollars. It was actually the cutest thing. 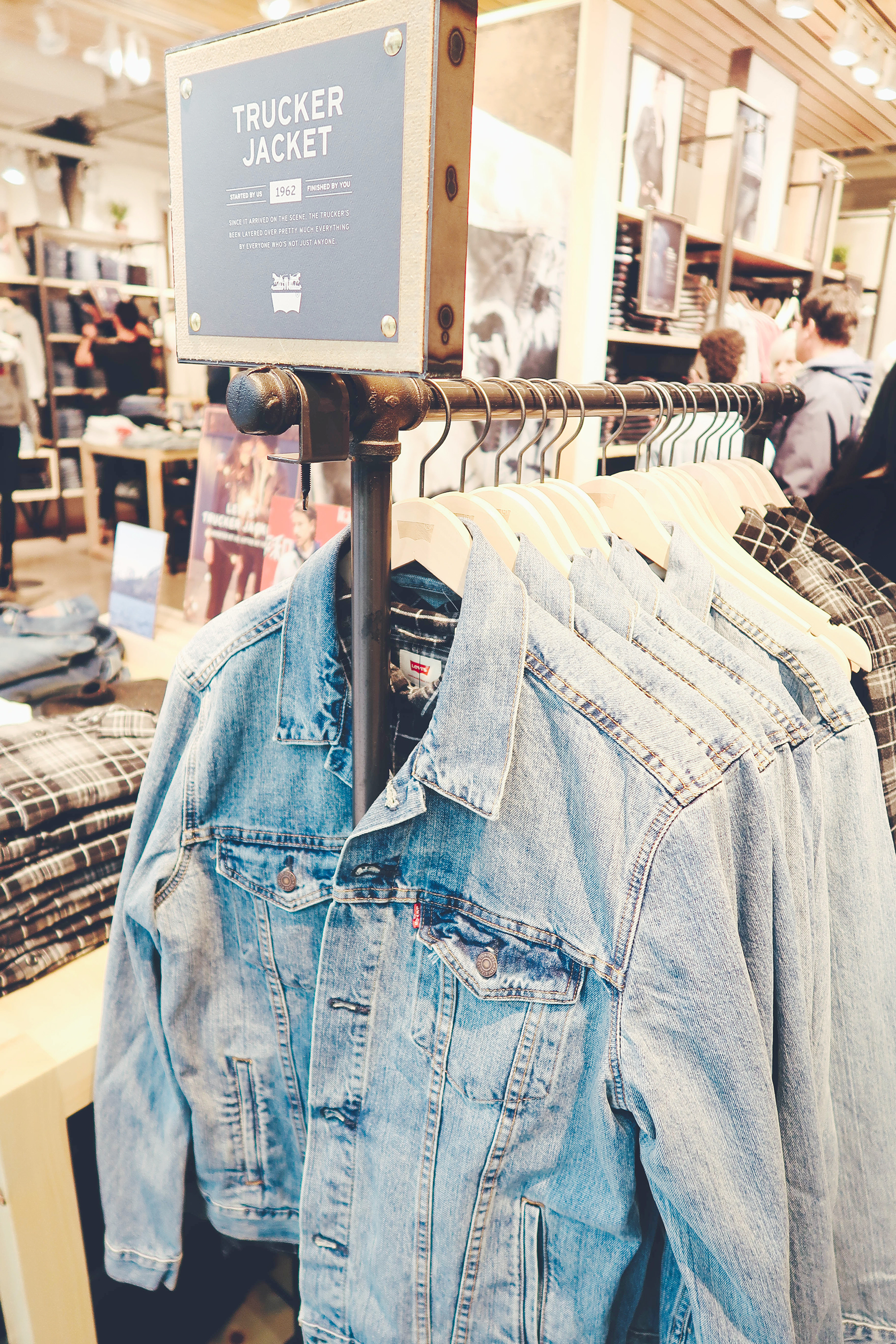 50th ANNIVERSARY OF THE TRUCKER JACKET

You might have noticed a bit of a theme among those attending the Levi’s Event: we were ALL sporting the iconic Levi’s Trucker Jacket. Not only is this jacket having a major moment trend wise it’s also celebrating 50 years!!

Fifty years ago, Levi’s introduced the 70505, or what we call the Type III Trucker jacket, worn by everyone including ranchers, rock stars, truck drivers, and rebels. It is the most recognizable design of all our denim jackets, which have continually evolved throughout the 20th century.

In the late 19th century, Levi Strauss & Co. introduced the original denim jacket. Called a denim “blouse,” the French word for shirt, the jacket featured three pleats on each side of the center buttons that could be opened for extra room, rivets to secure front pockets and the cuff wrist openings and a riveted back cinch to further adjust size. The jacket represented revolution and hard-working American tradition. Over the decades, the Levi’s denim jacket was offered in three styles later identified as: TYPE I, TYPE II and TYPE III. The most popular and recognized style, TYPE III, was introduced in the early 1960s and paired with our 505 jean in 1967 and is referred to today as the Trucker Jacket.

Born into the rebellious Summer of Love movement and rocked by George Harrison on San Francisco’s Haight-Ashbury, the Type III Trucker jacket represents a voice of the youth, authentic style and self-expression that has rocked our culture ever since 1967.

“When anyone thinks of a jean jacket, the image that comes up is invariably the Levi’s Type III Trucker. It’s the template and was designed by Jack Lucier with the original lot number: 70505. It wasn’t until the ‘90s that the term “Trucker” came into use.” – Jonathan Cheung, Levi’s Global Head of Design

What I love about what Levi’s has done with the modernized Trucker jacket is that they have offered so many different versions, so there’s really something for everyone’s style. 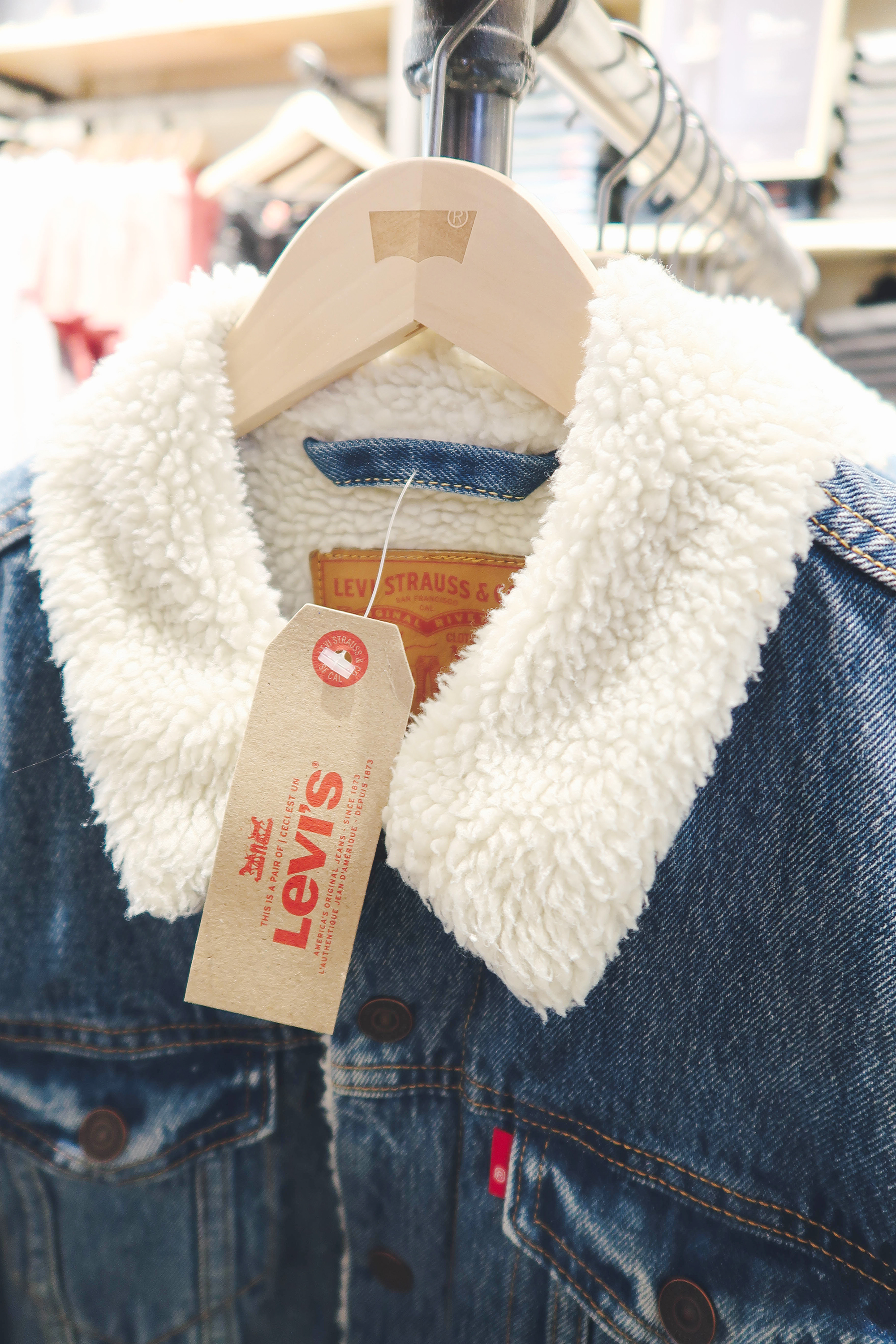 PREPPING FOR THE PARTY

If you follow along on Instagram you know that I popped into the new store for a consult, and while I’m not ordinarily excited to try on jeans (let’s face it, it can be difficult to find your size) I actually was looking forward to consulting the professionals.

Upon arrival I received an amazing tour of the store, as well as a consult with Daniel (charming young lad). He pulled SO many options for me (see photo below),  but better still he pulled things for me that I’d never even thought of before. 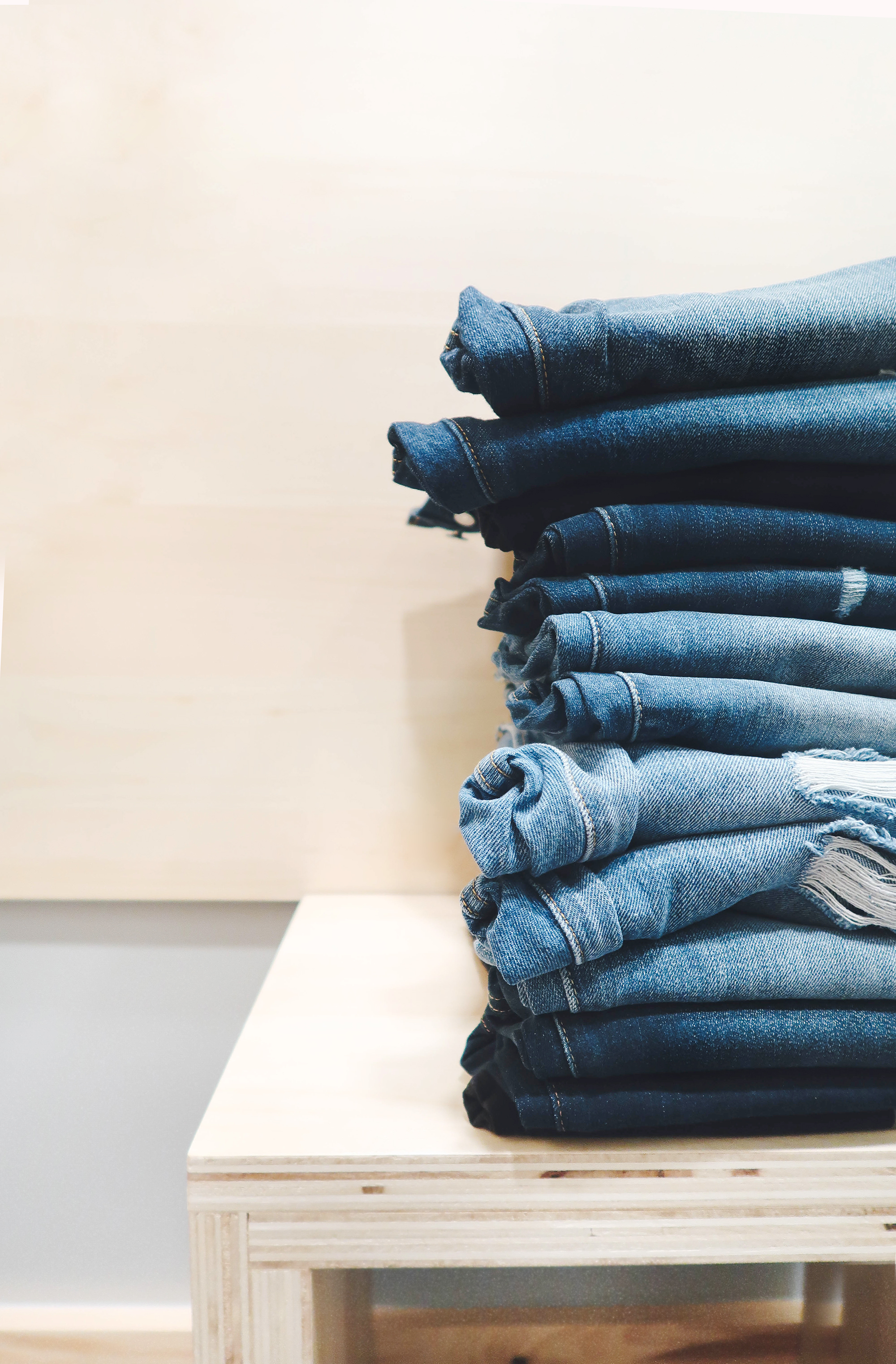 Daniel was so bang on with sizing (it was scary) he had my fit down to science. And I ended up loving the jeans SO much that I actually REALLY struggled to make a choice of what to wear the event.

I thought for sure I’d given up on the wedgie jean, I mean I tried on hundreds of pairs and none of them worked with my fuller dancer thighs and booty. That was until I tried the Levi’s Wedgie jeans (a modern take and more figure flattering version of the mom jeans).

Here’s what sets these jeans apart, (a) they fit over my thighs (praise Jesus), but (b) they are fitted on my waist (this never happens), (c) they tapper nicely in the leg so you don’t like humongous. If you’re curvy like me these are the wedgie jeans for you. For reference, I was a size 28! 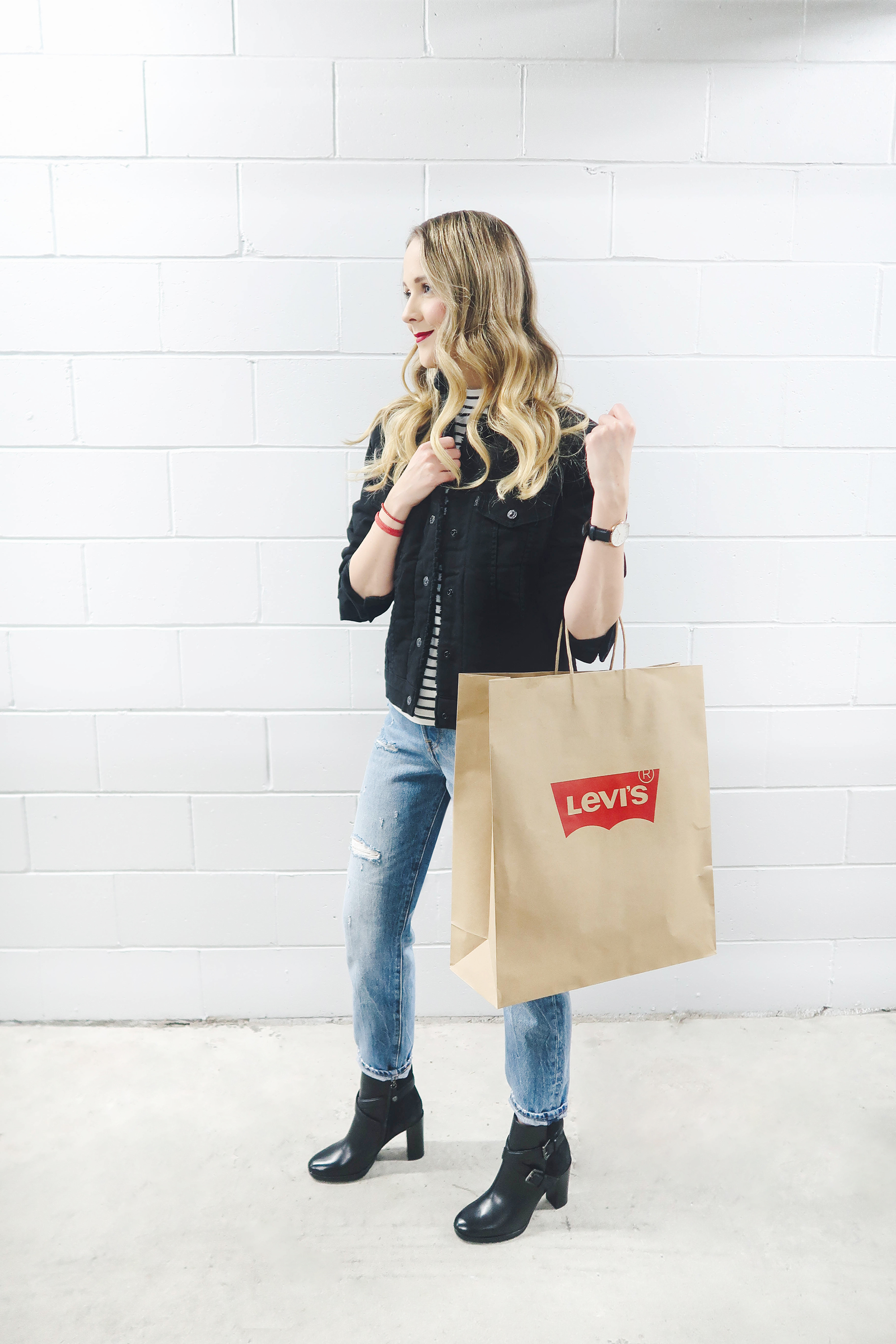 I wasn’t really sure how I felt about the wedgie jean (it was new for me), but everyone was so into it that it gave me the confidence to just go for it. Life’s too short amiright? 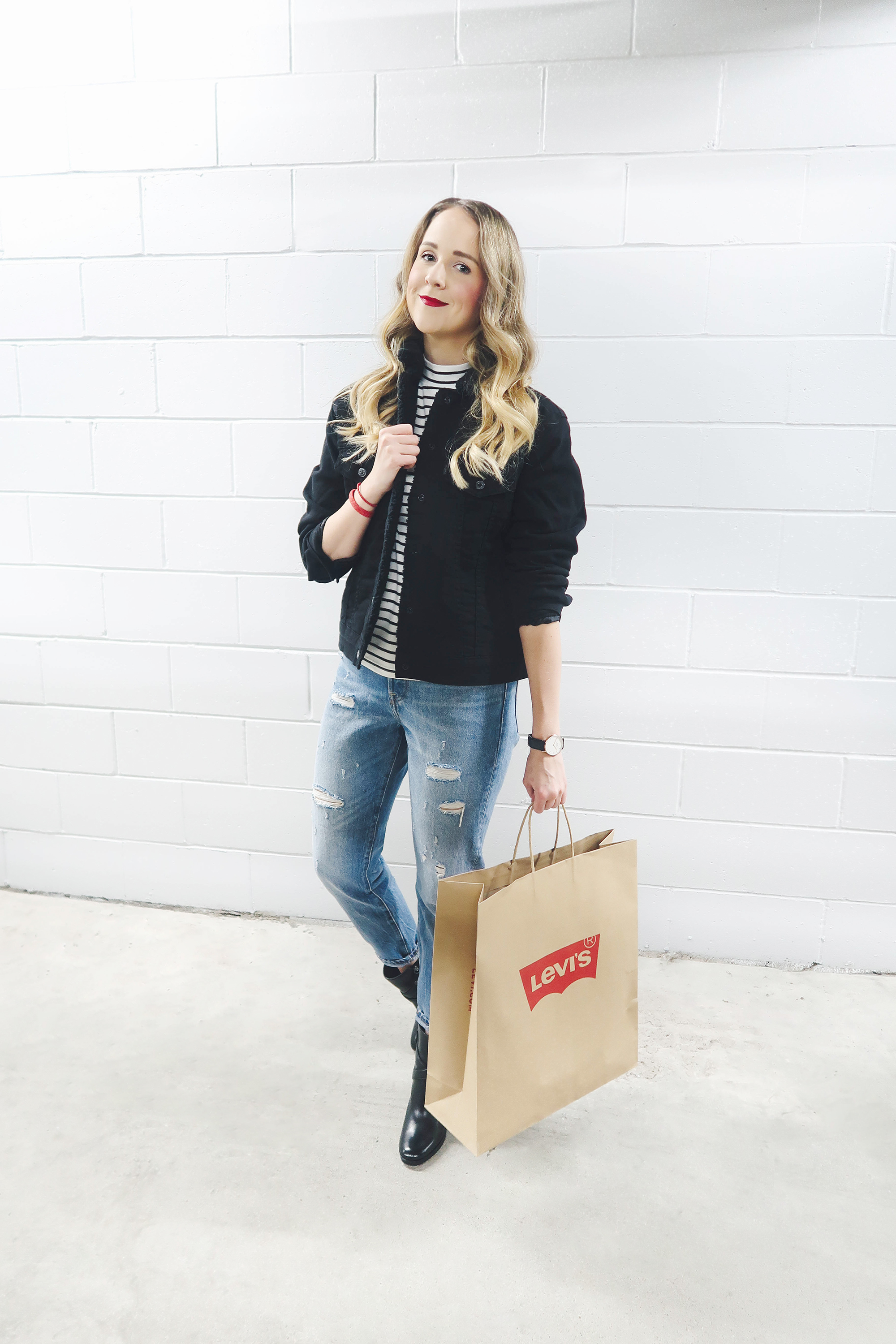 Also can we talk about this sherpa-lined Levi’s trucker jacket in a CHIC black?? I love how the black goes with anything! YAY and the sherpa makes the jacket more fall/winter appropriate. Of course there’s the classic Levi’s Trucker jacket (LOVE it),  but my boyfriend has that one and we already accidentally dress like twins half the time. Besides, I think the black is SO SO SO chic I’m obsessed, and because it’s new I kind feel like the leader of the pack sporting this one.  Make sure go up a size or two (it’s meant to be worn on the baggier side).

If you’re sorta iffy about wearing denim on denim i.e the Canadian tuxedo the black sherpa lined version of the trucker jacket is the one for you. 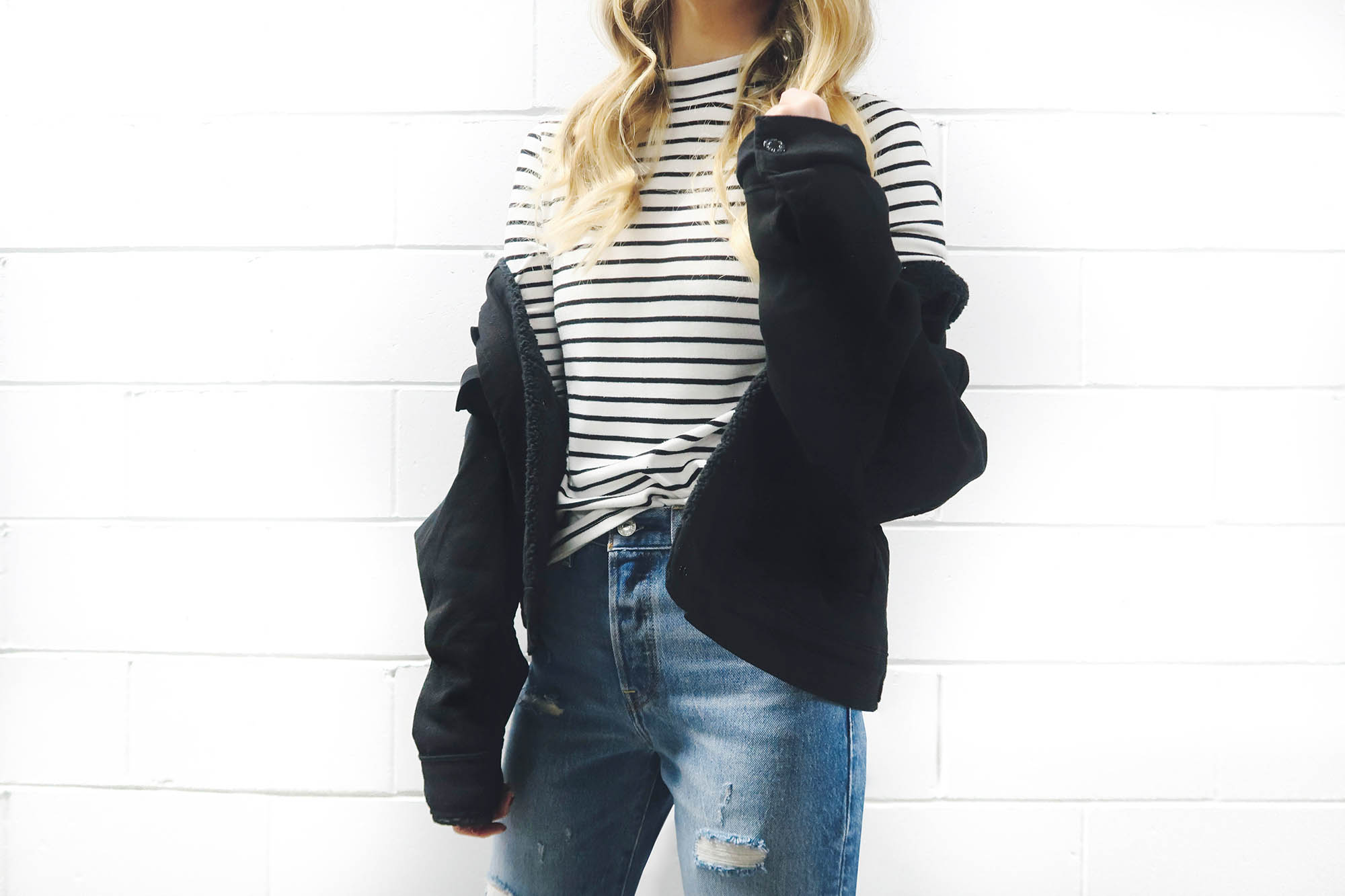 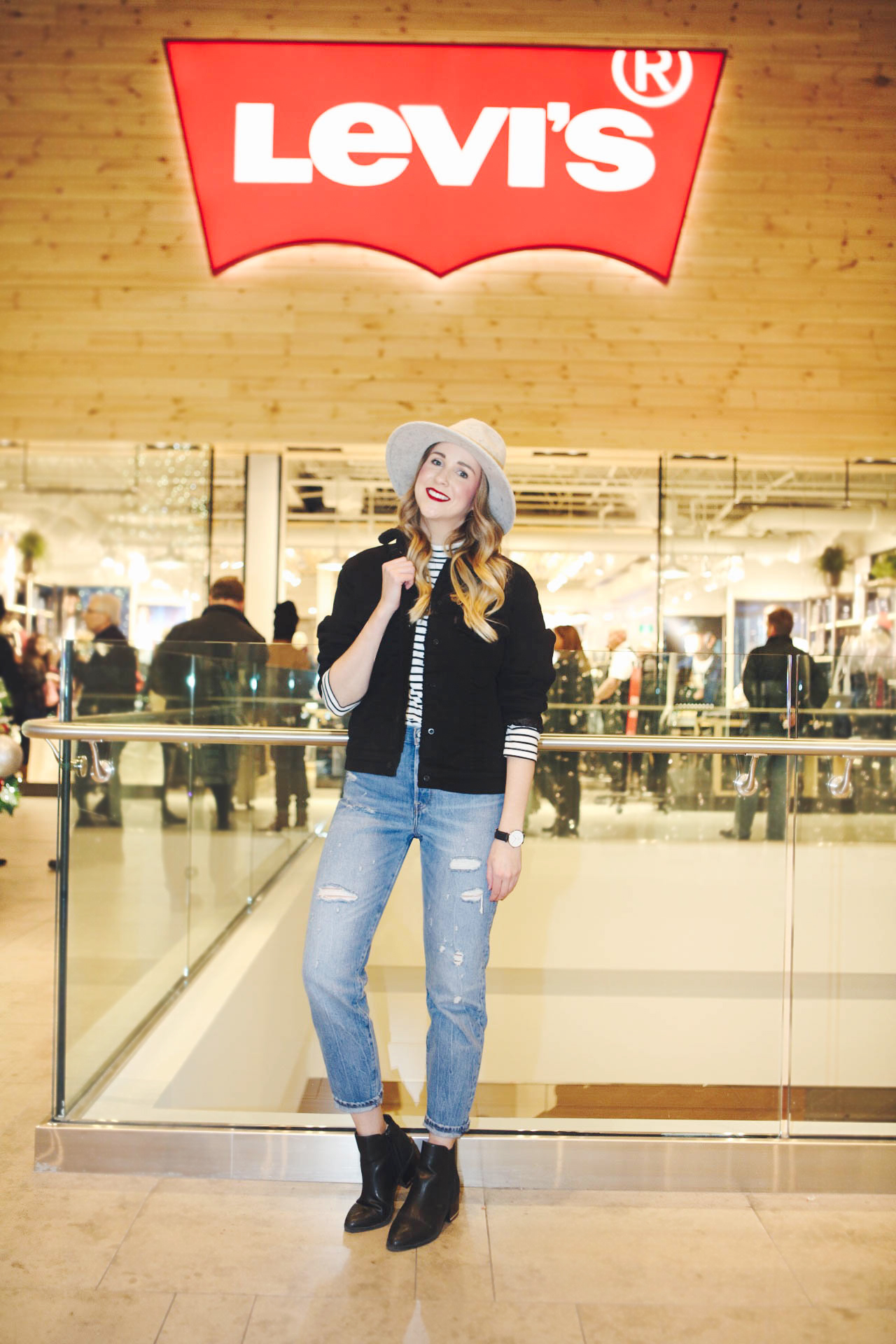 With plenty of food circling c/o Cocoa Pesto, and a DJ dropping some sick beats it was bumpin’! It was super fun, and I loved getting to know the Levis staff (they are SO helpful and just absolutely lovely). 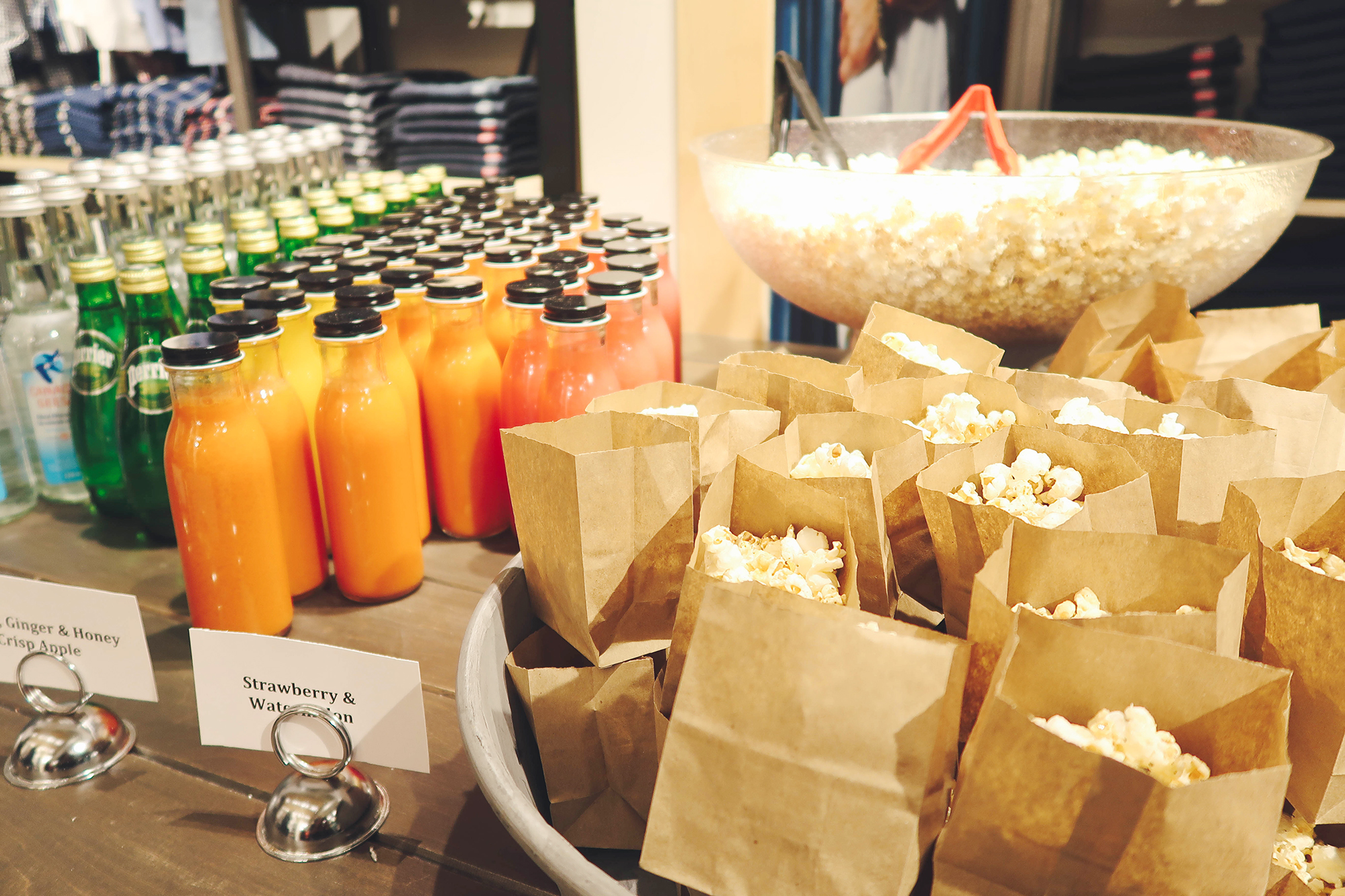 Because I was feeling under the weather I was never more happy to see fresh juice! I might have had one or two of the carrot ginger juices, and they were just the kick I needed to get through the night. 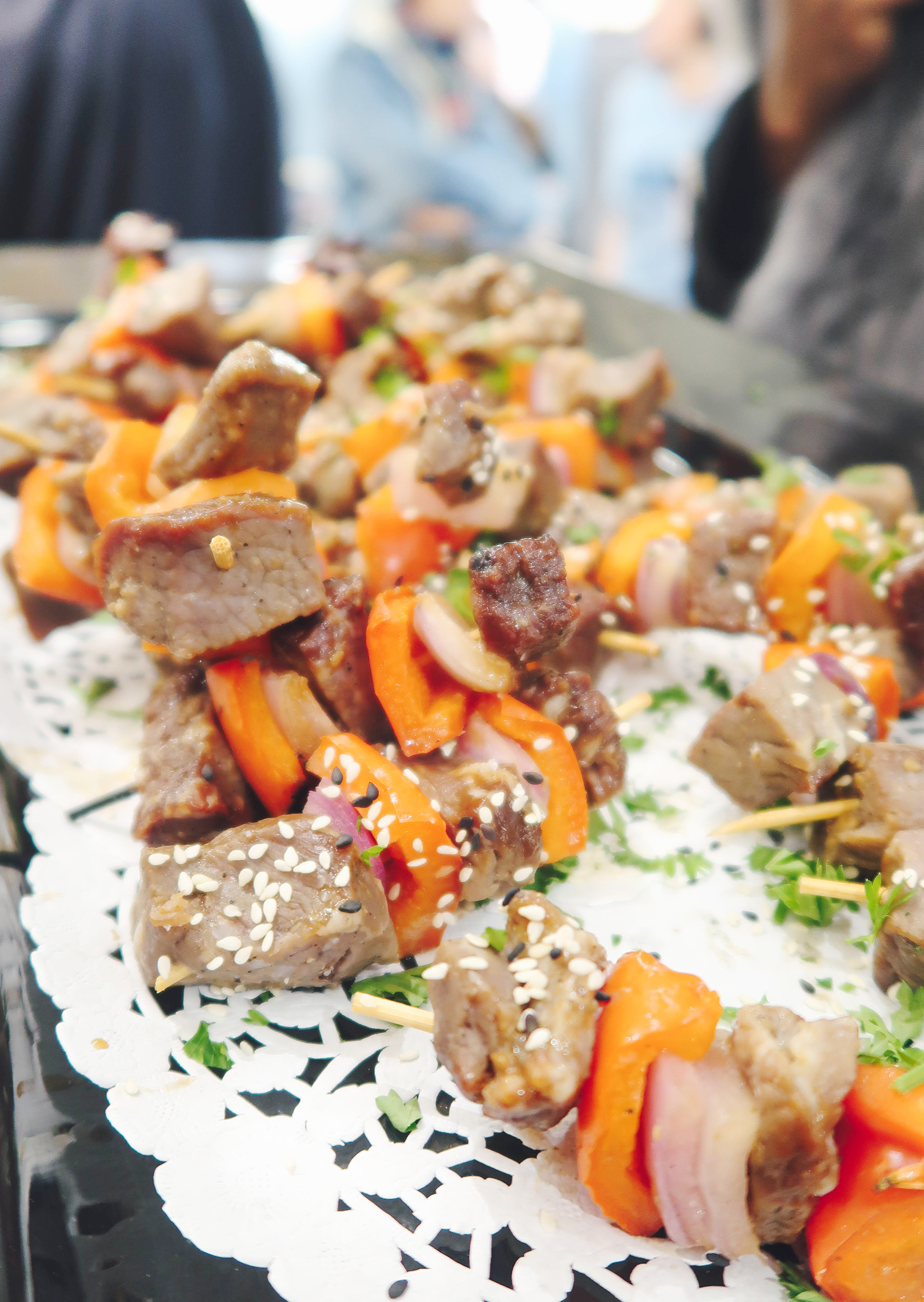 For anyone who made a purchase, Patrick here was customizing hand painted totes AND fun fact he was doing so TO THE MUSIC. Pretty cool. 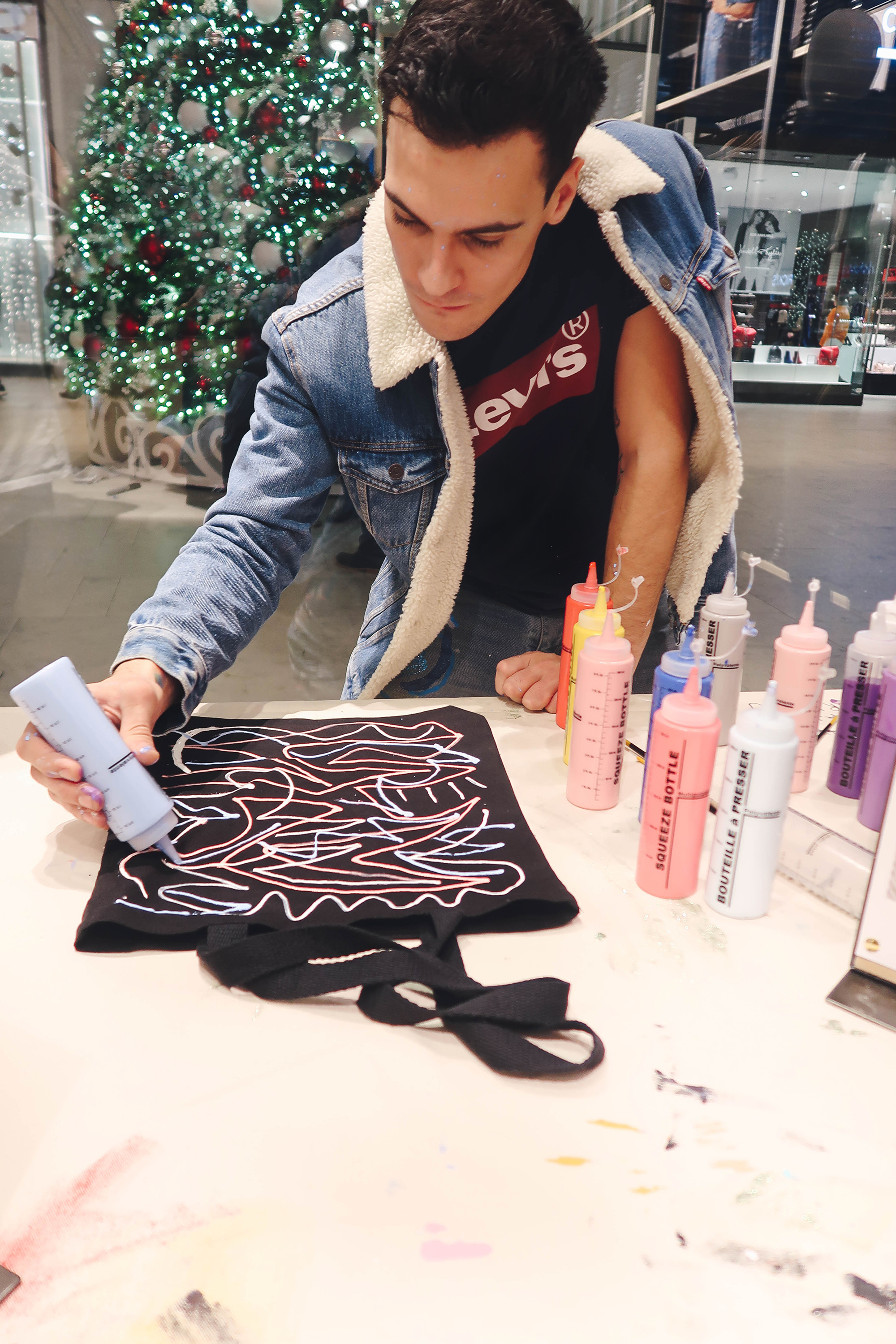 I had such a blast at the party with all my blogger boos, of course with none other than Ten of Lion-Hunter. As well, as the always lovely  Riley Smith (who happened to take these fab photos). Be sure to check out his site he’s such a talented photographer (click here). 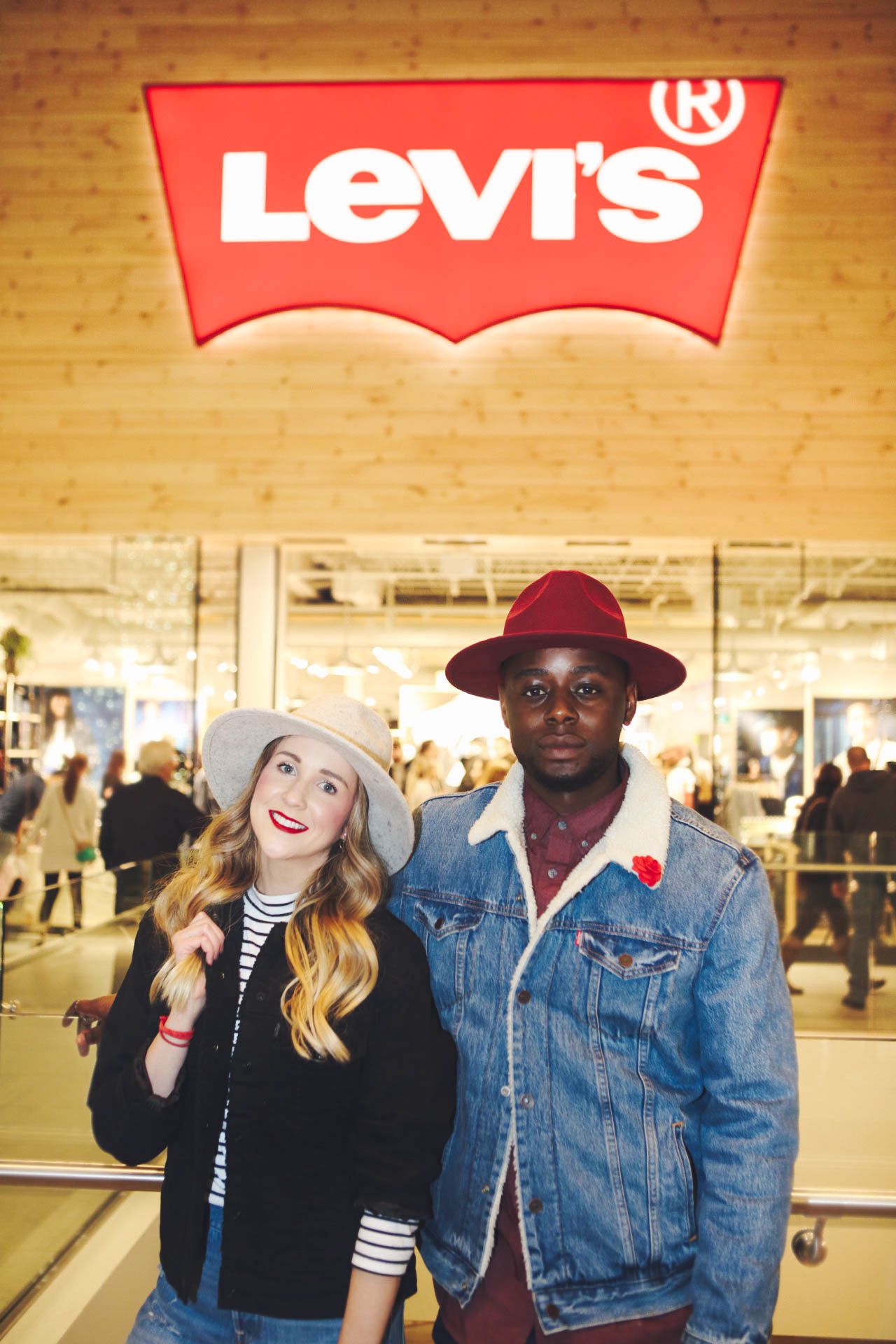 Thanks so much Levi’s for hosting such a super fun event! 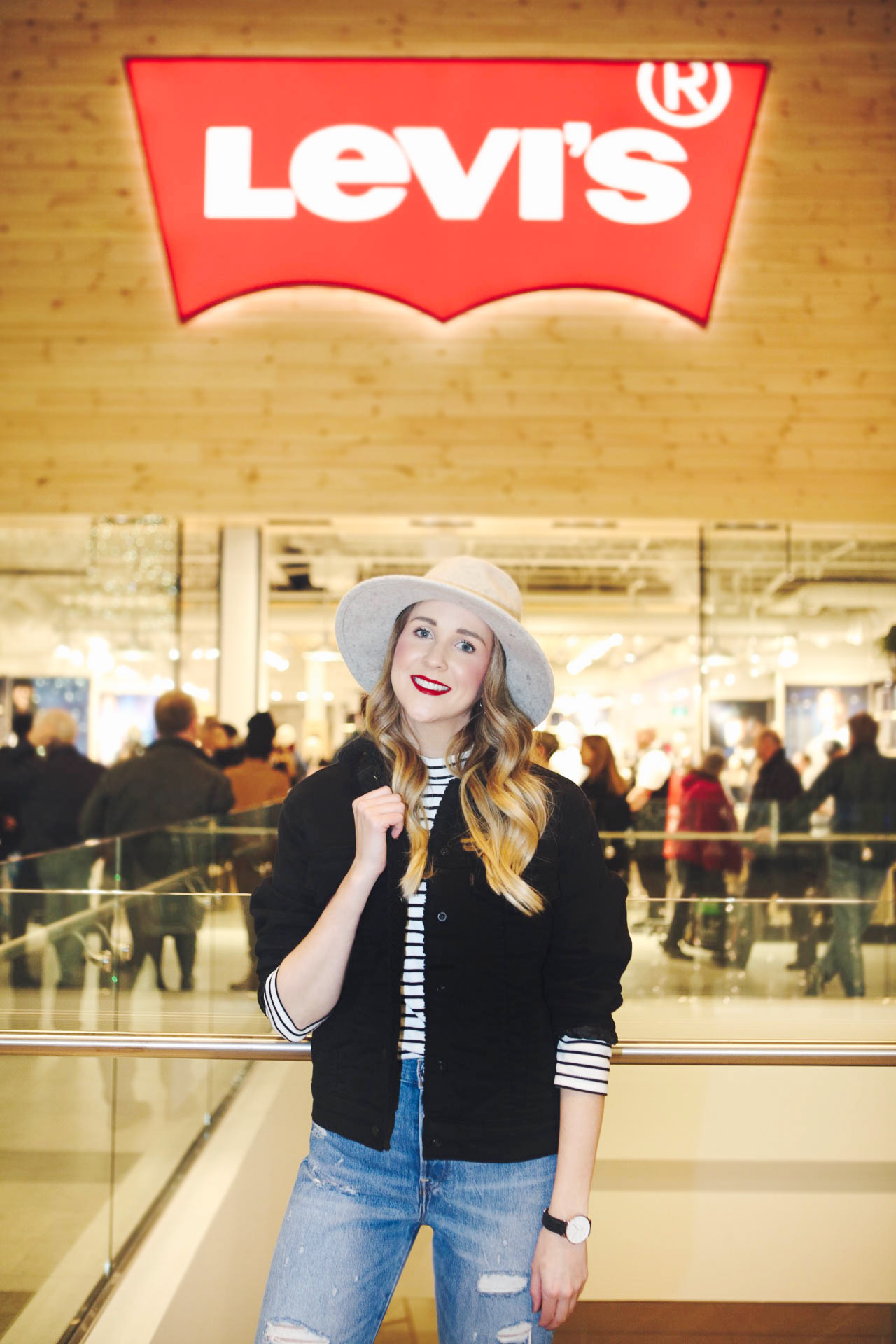 *This post was sponsored by Levi’s; however, all opinions expressed are my own.

WHAT’S IN MY BAG VIDEO 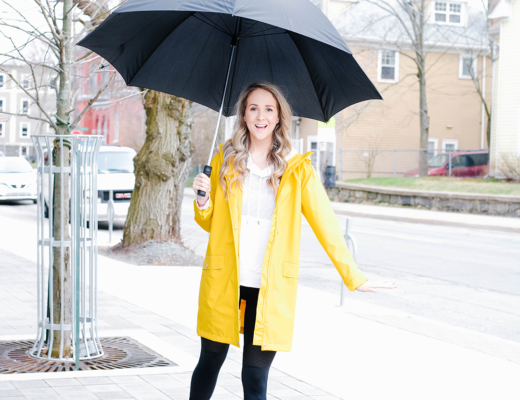 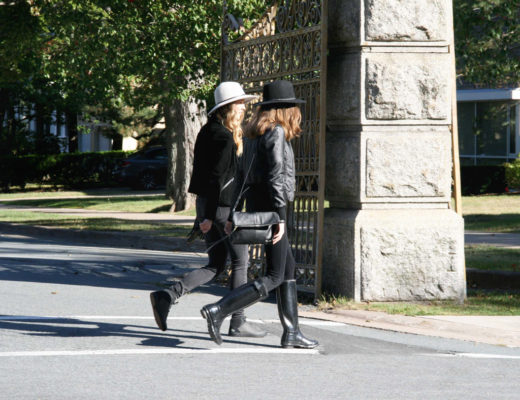