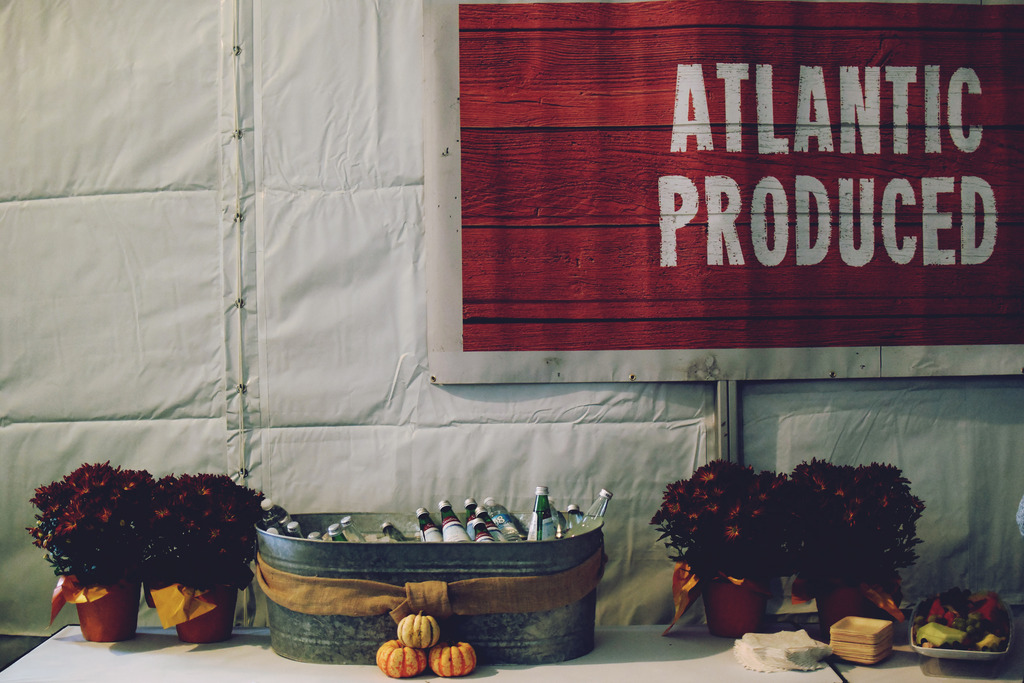 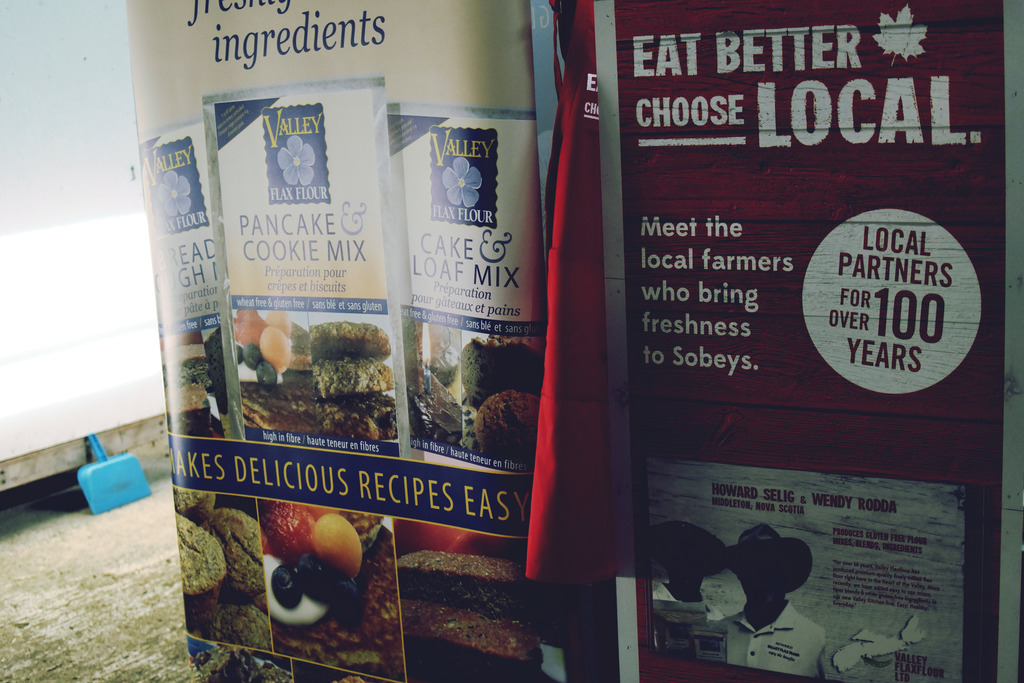 Hey
remember that time I met Jamie Oliver? Oh right that was the best day
ever! I have NO idea why he was in Nova Scotia, but when I was invited
to attend his cooking event I did not hesitate. And when I say I didn’t
hesitate I mean I did a little happy dance because I was so excited.
As
part of the Sobeys #betterfoodforall campaign that has successfully
worked towards getting better (i.e local) produce into the supermarket
Sobeys hosted a super fun cooking demonstration with Jamie Oliver and
local food vendor event in Merigomish at Carmon Farms.
Complete
with pretty much ANY thing you’d like to eat imaginable the venue was
fully stocked with sandwiches, fresh fruits and veggies, and a full
circuit of local food vendors to chat up, test out, and get to know. 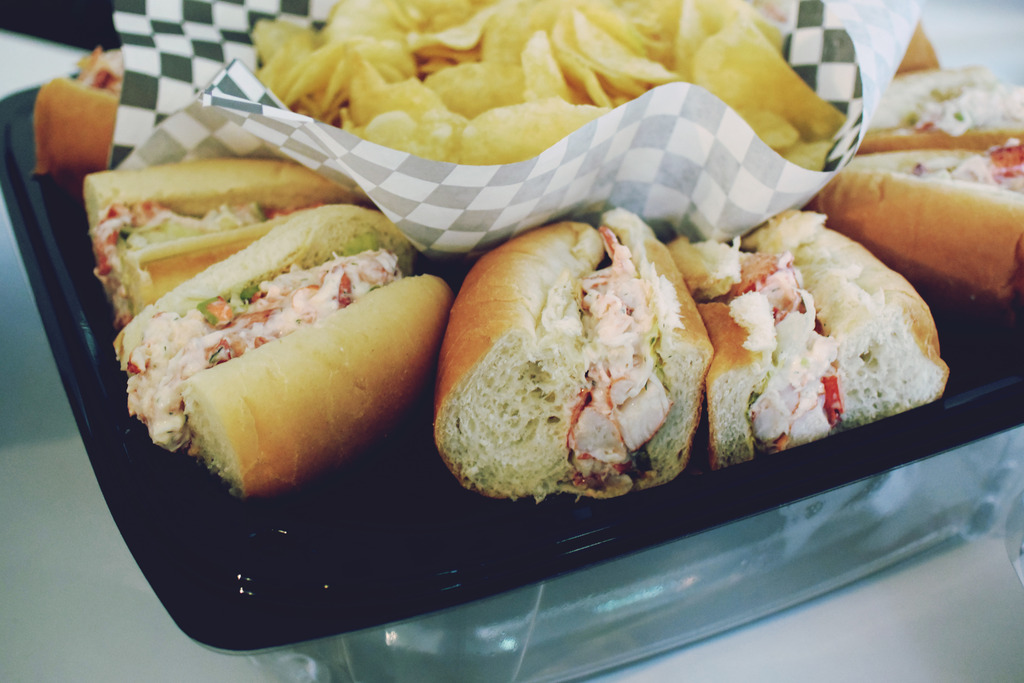 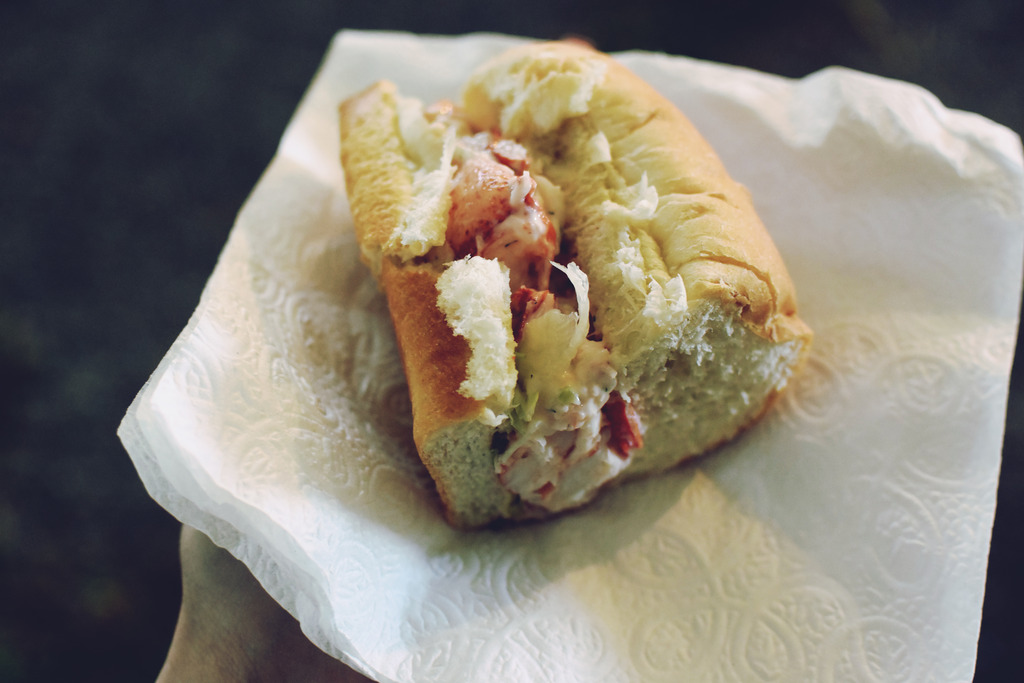 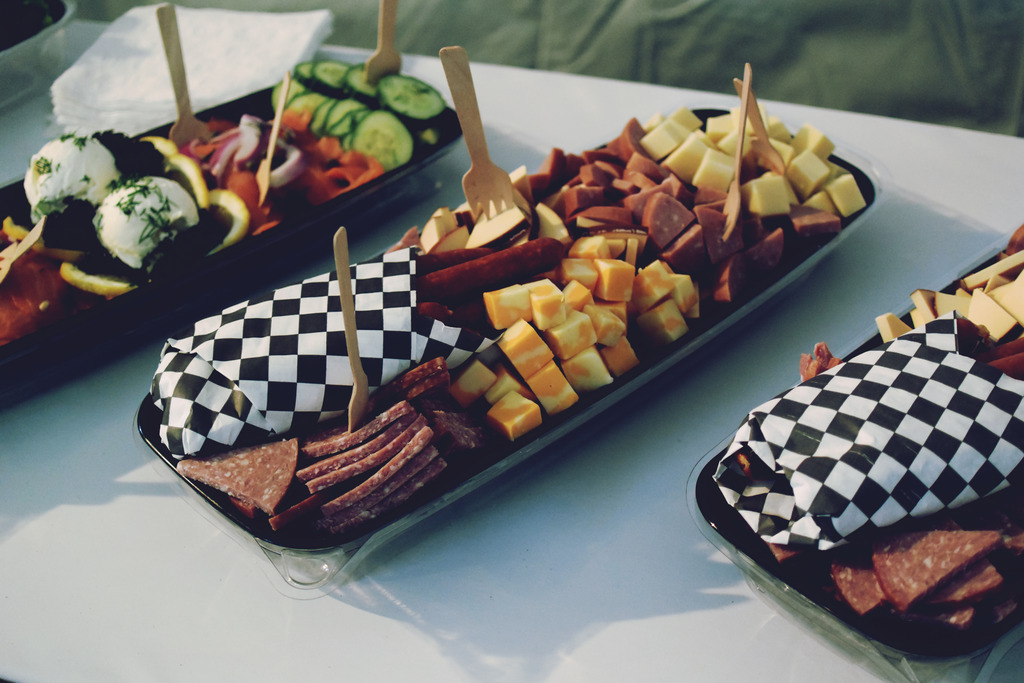 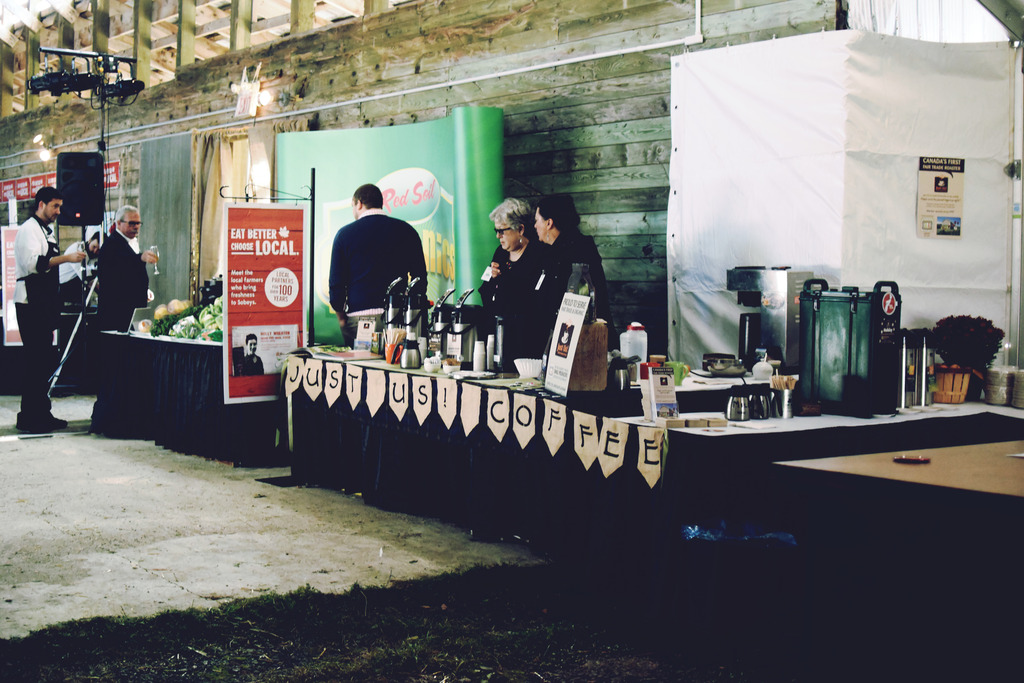 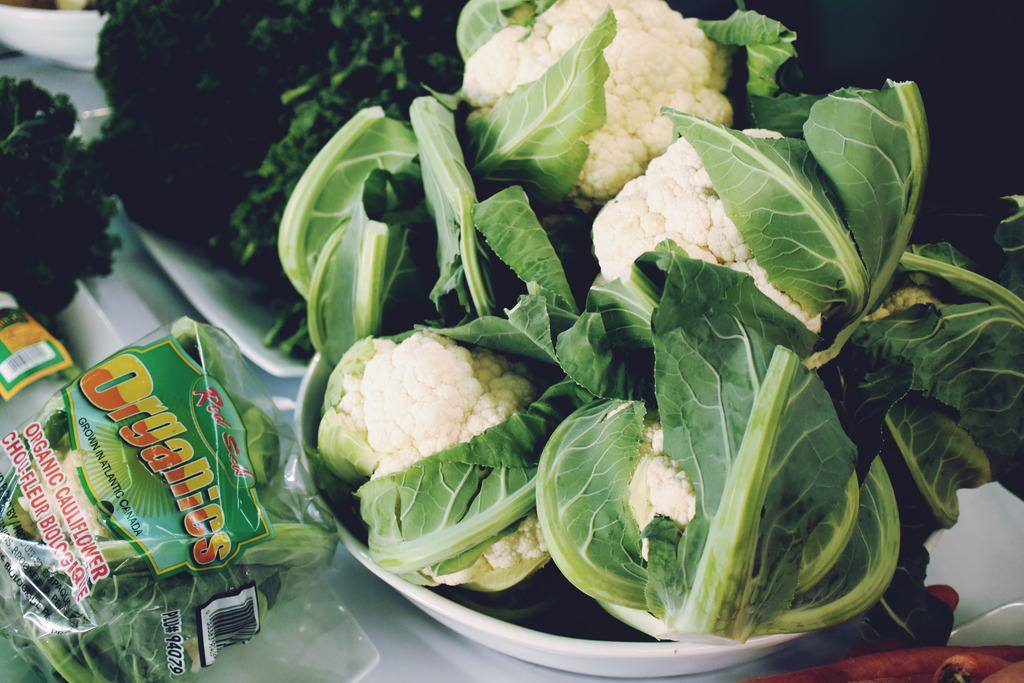 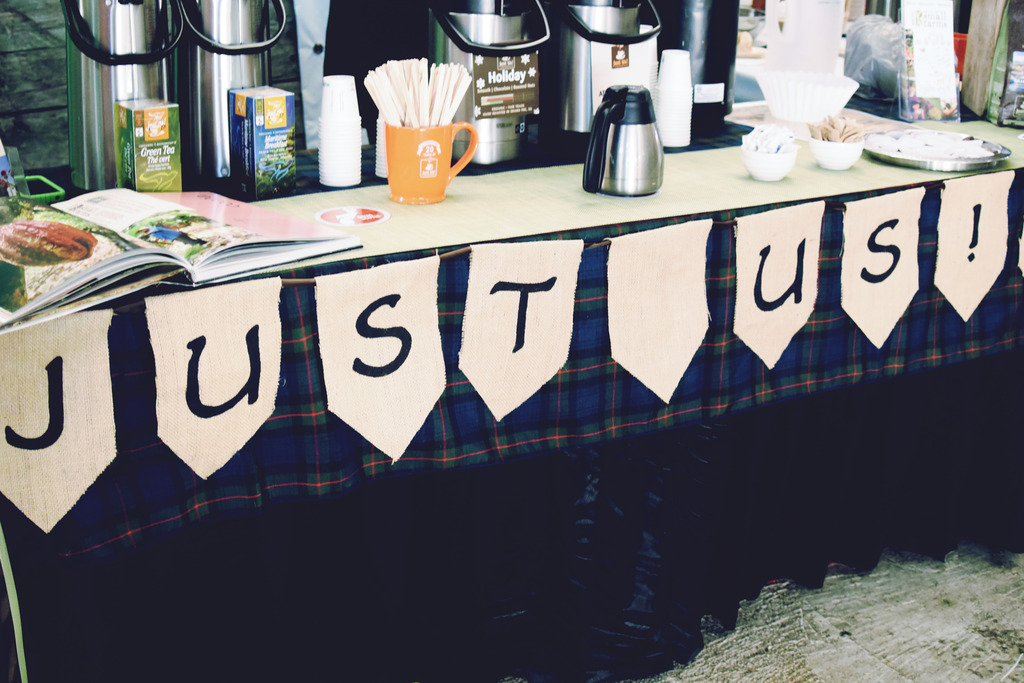 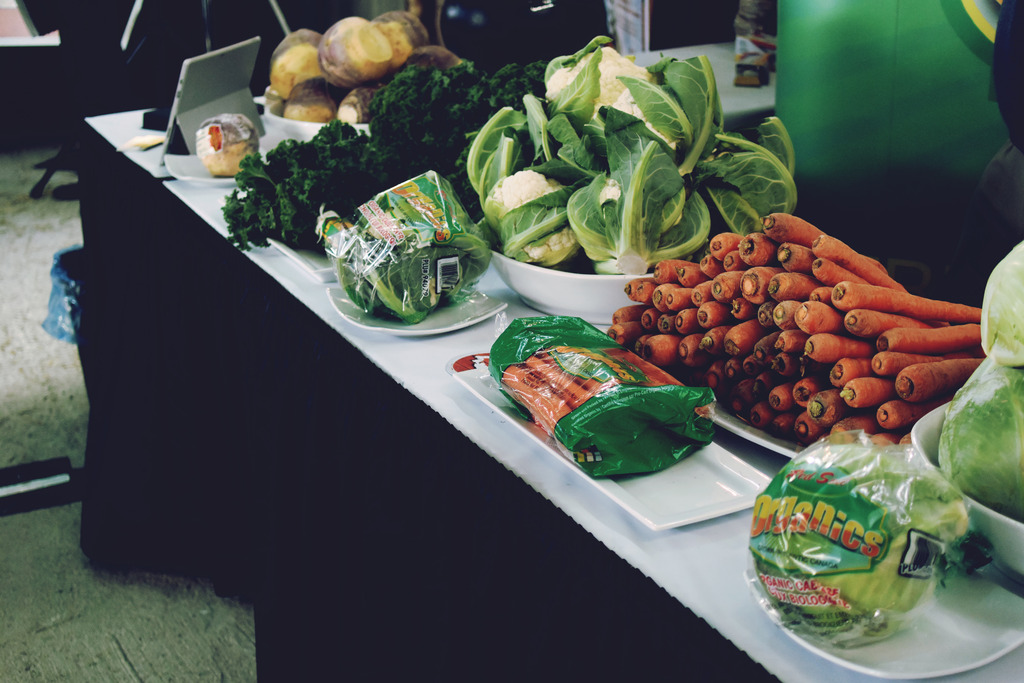 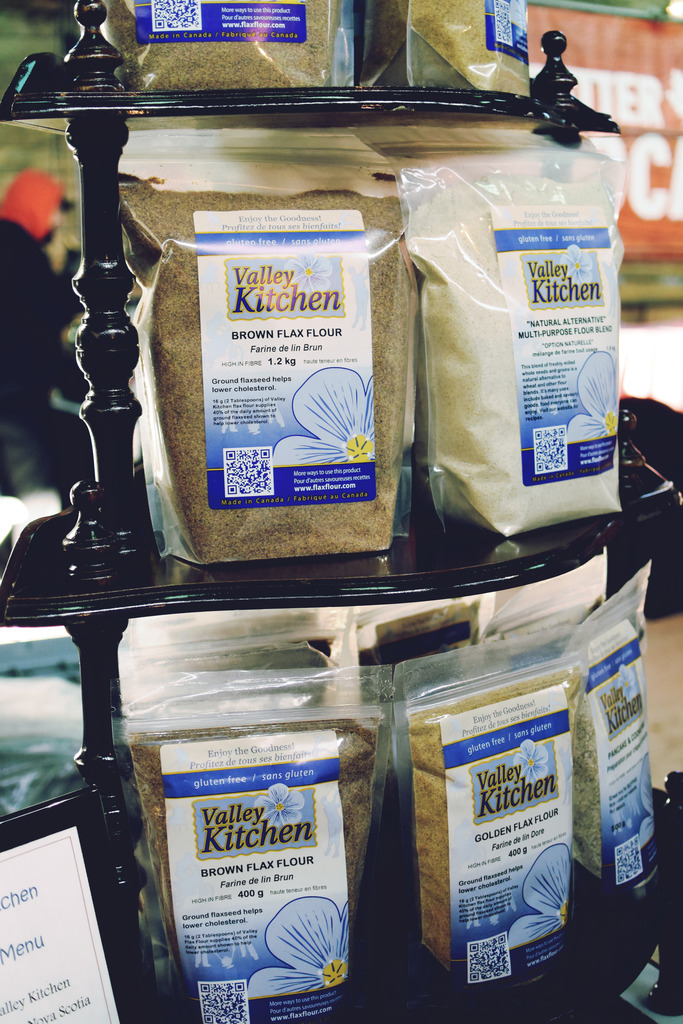 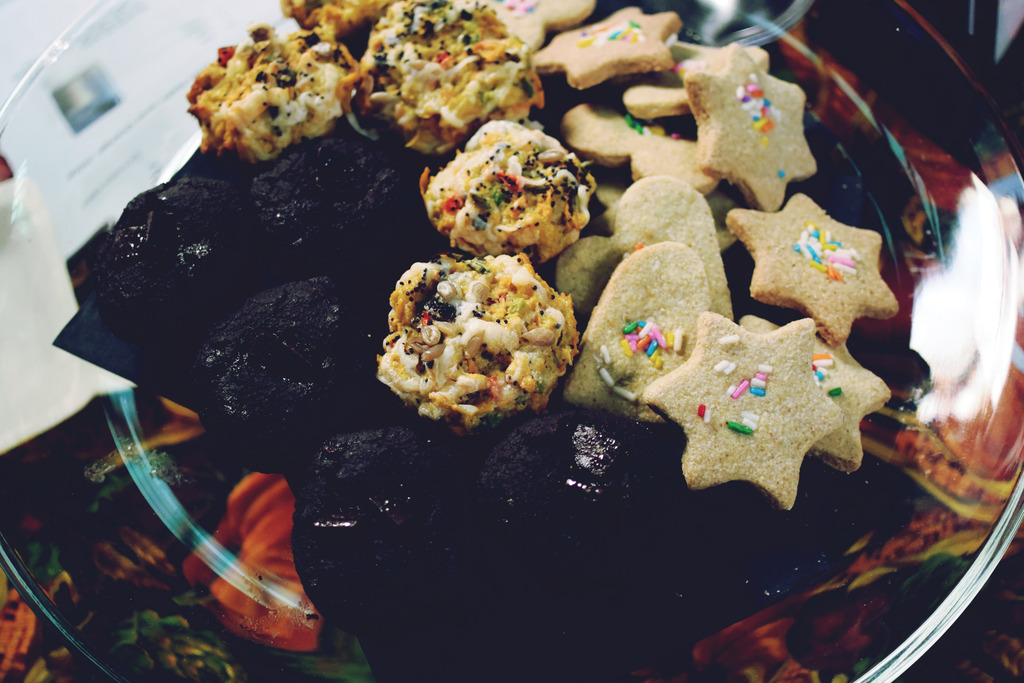 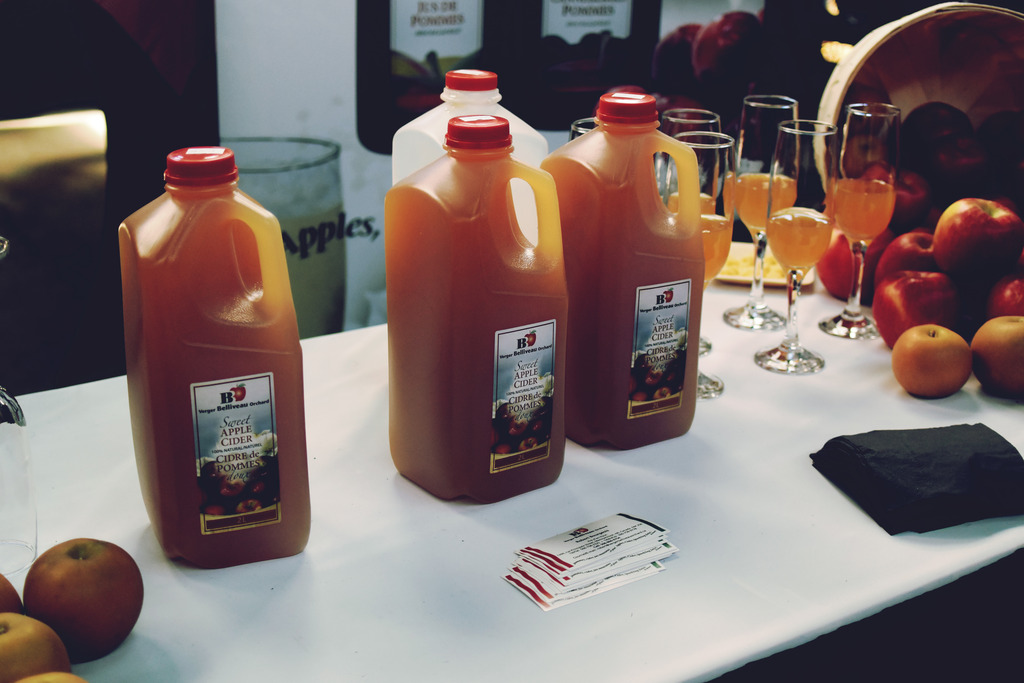 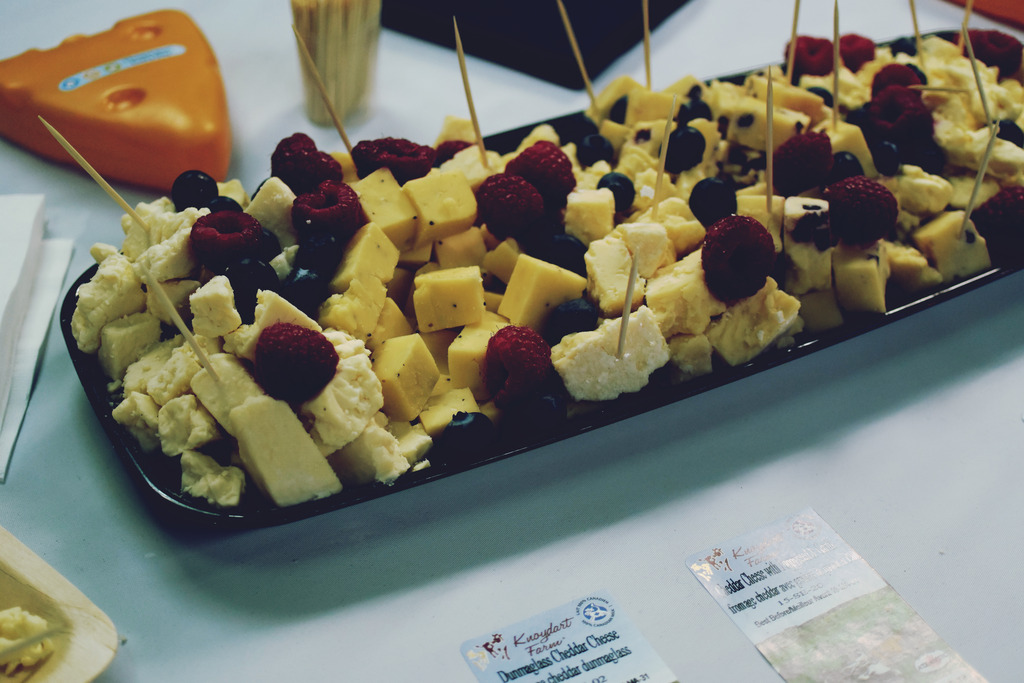 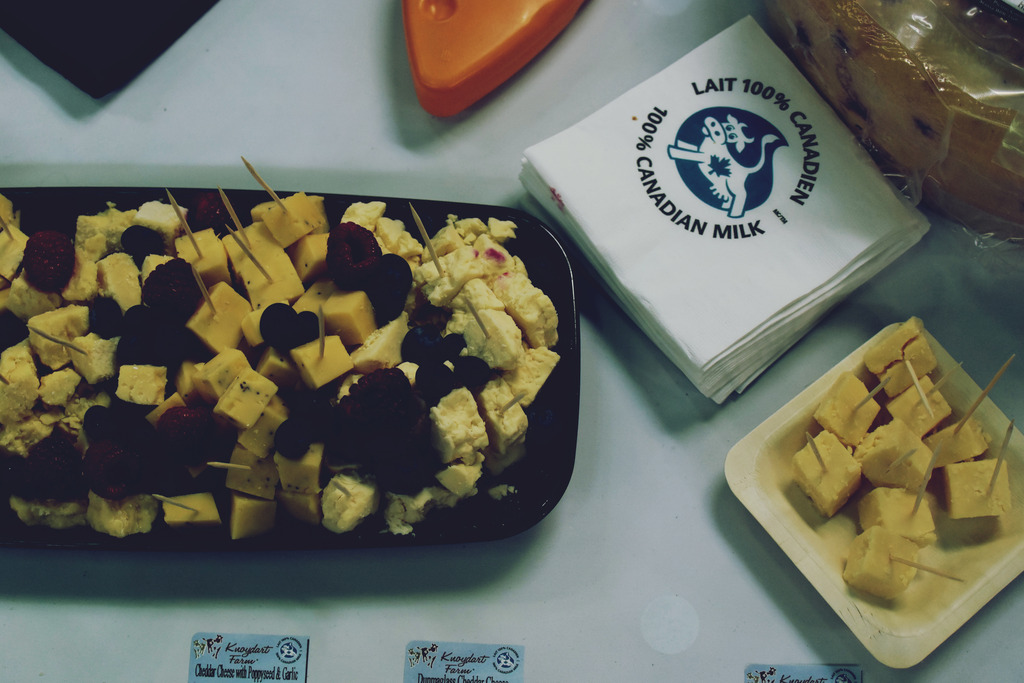 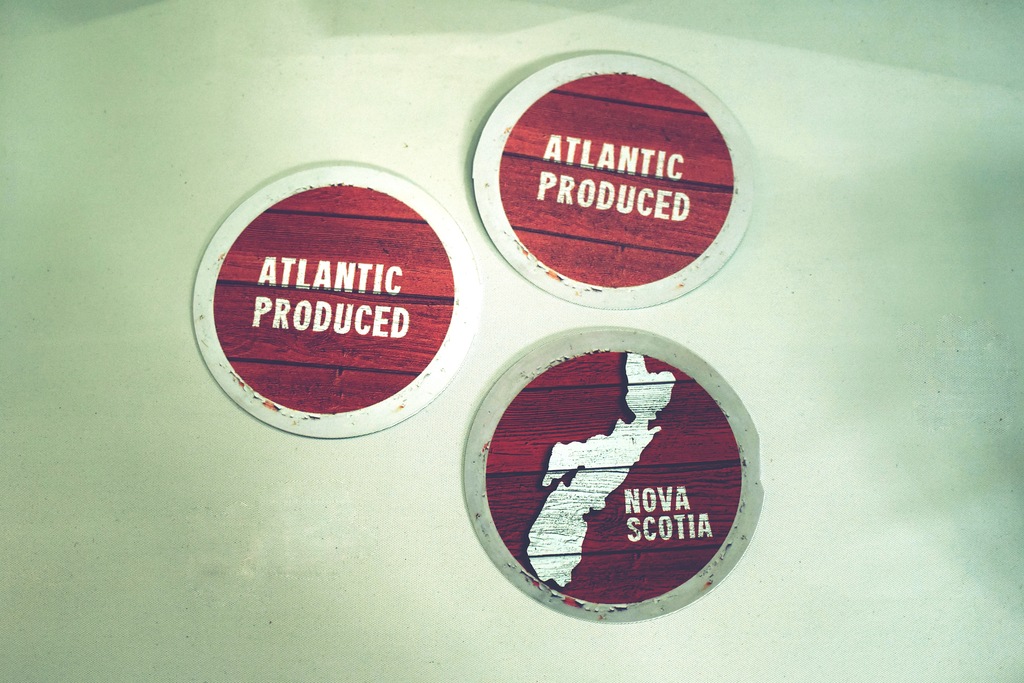 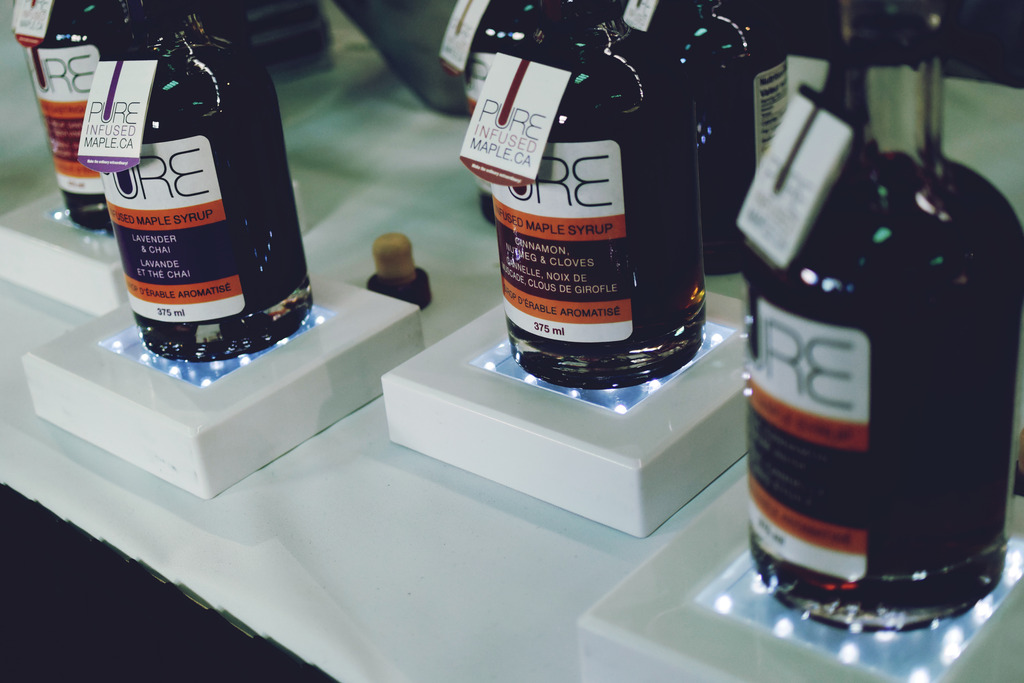 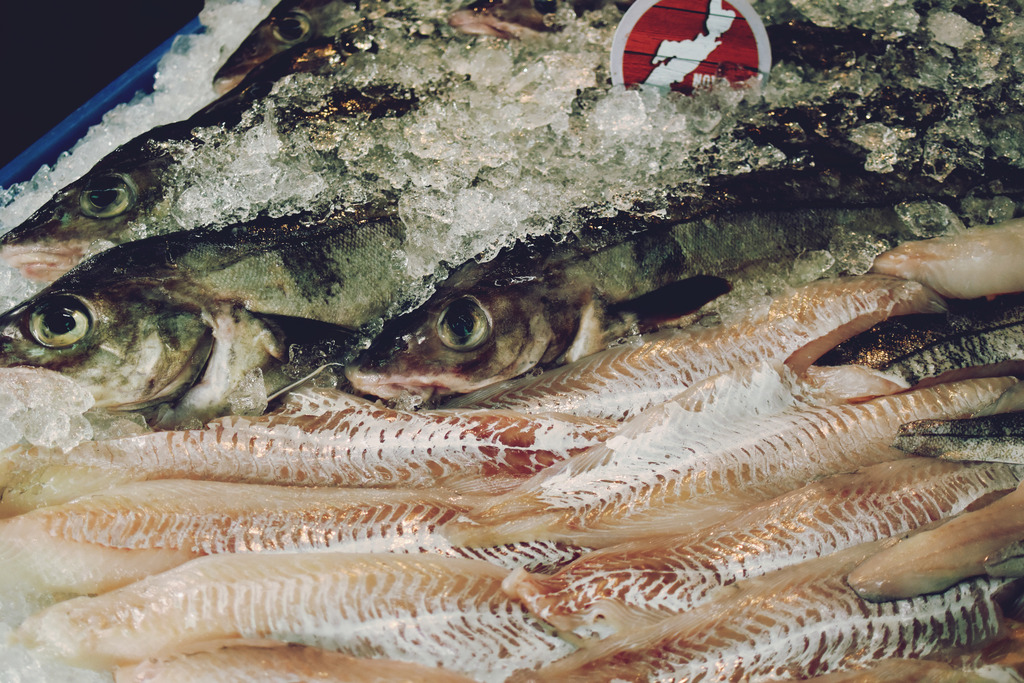 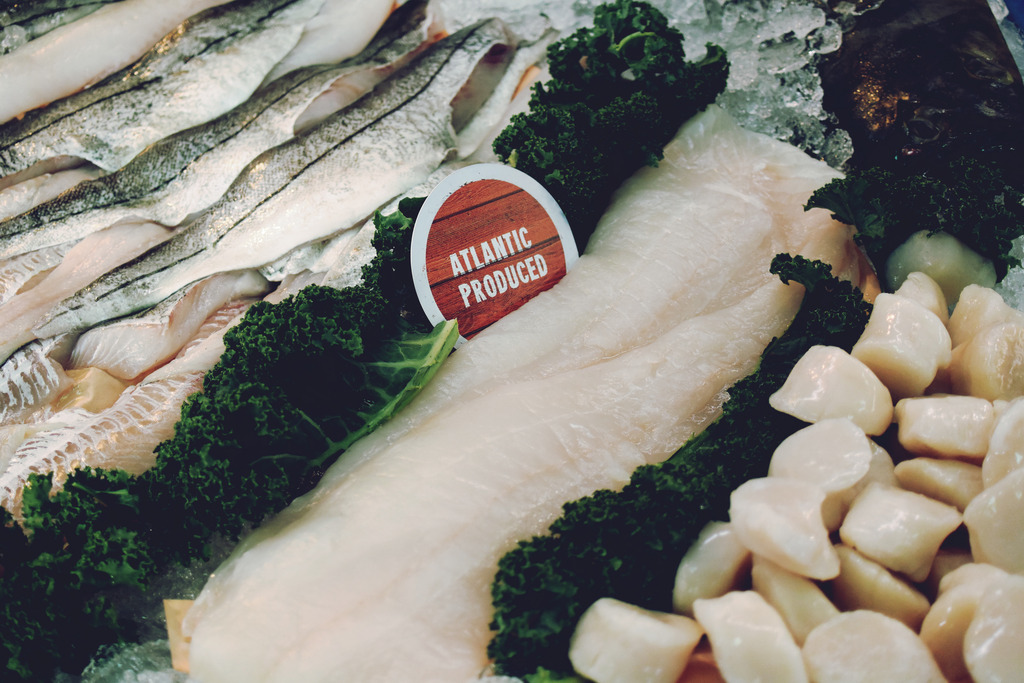 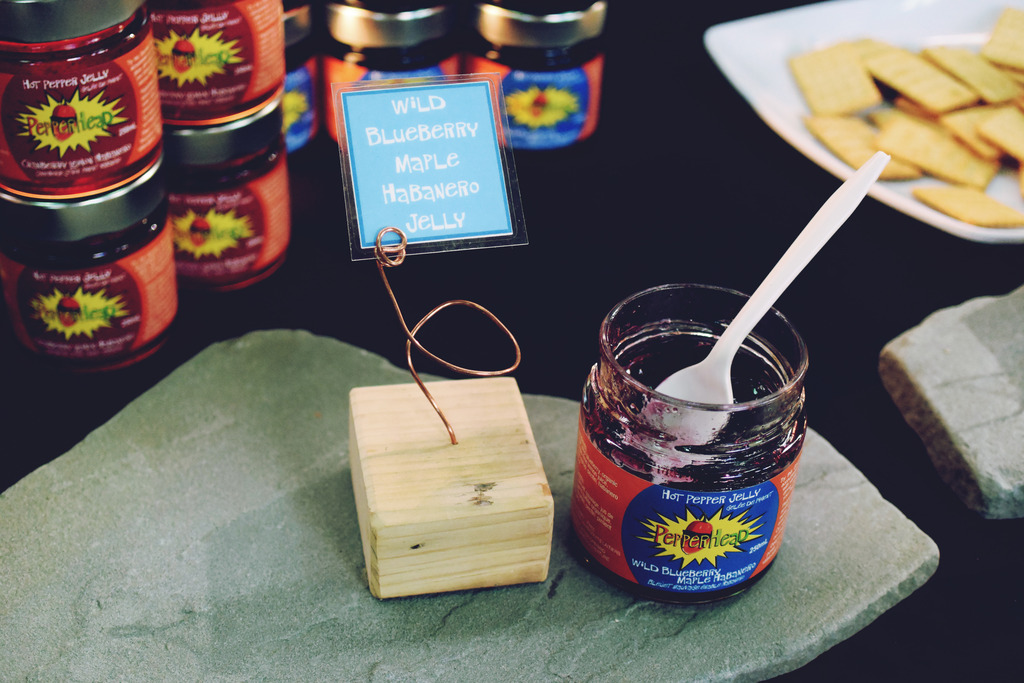 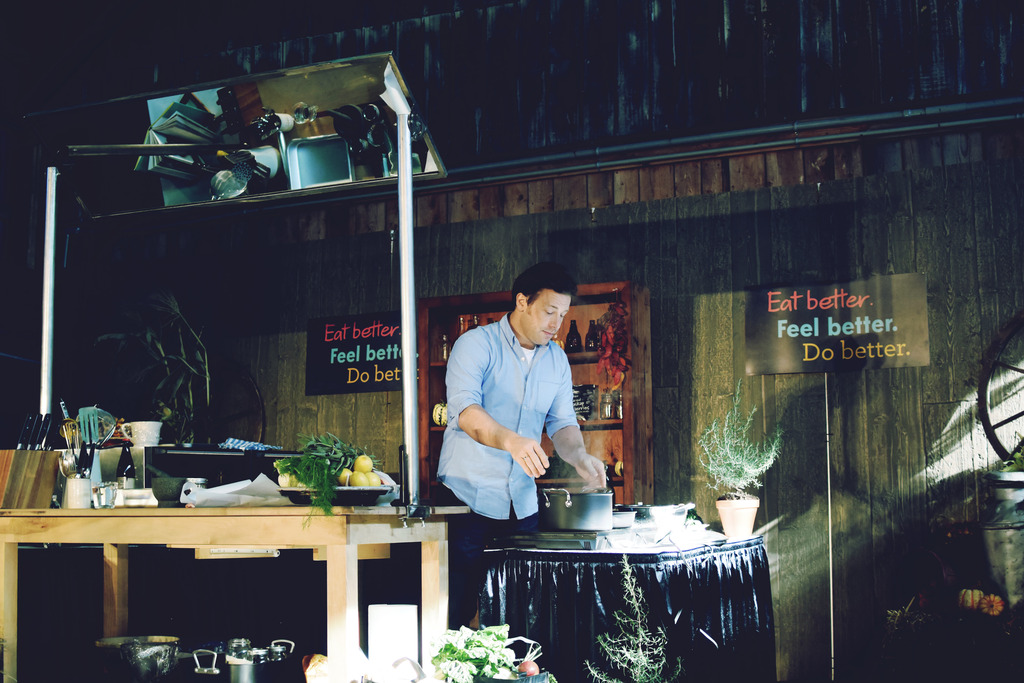 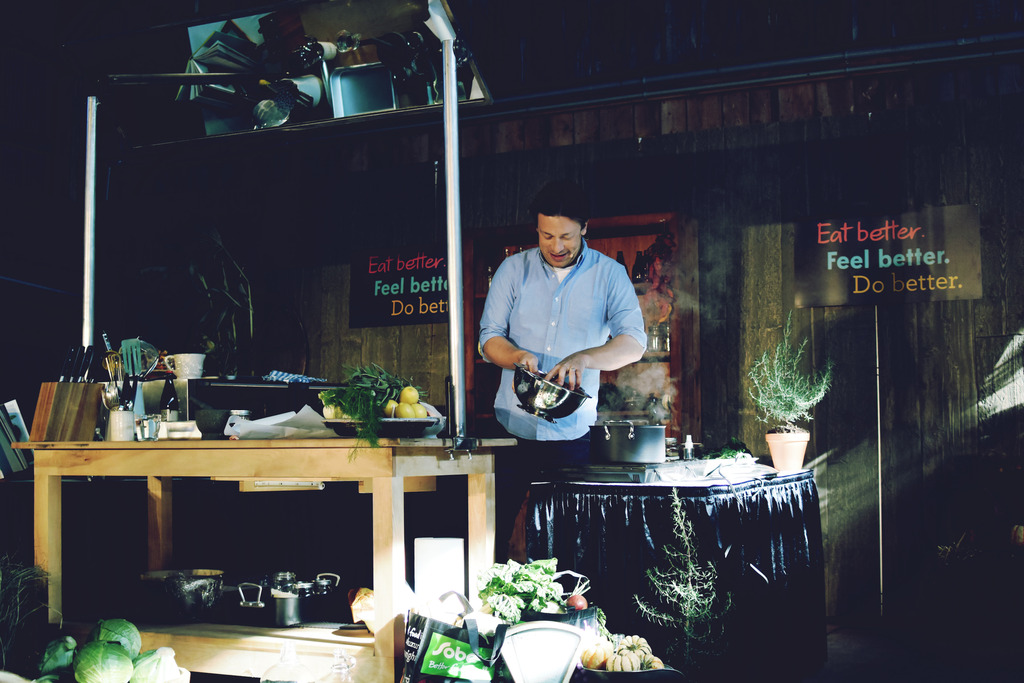 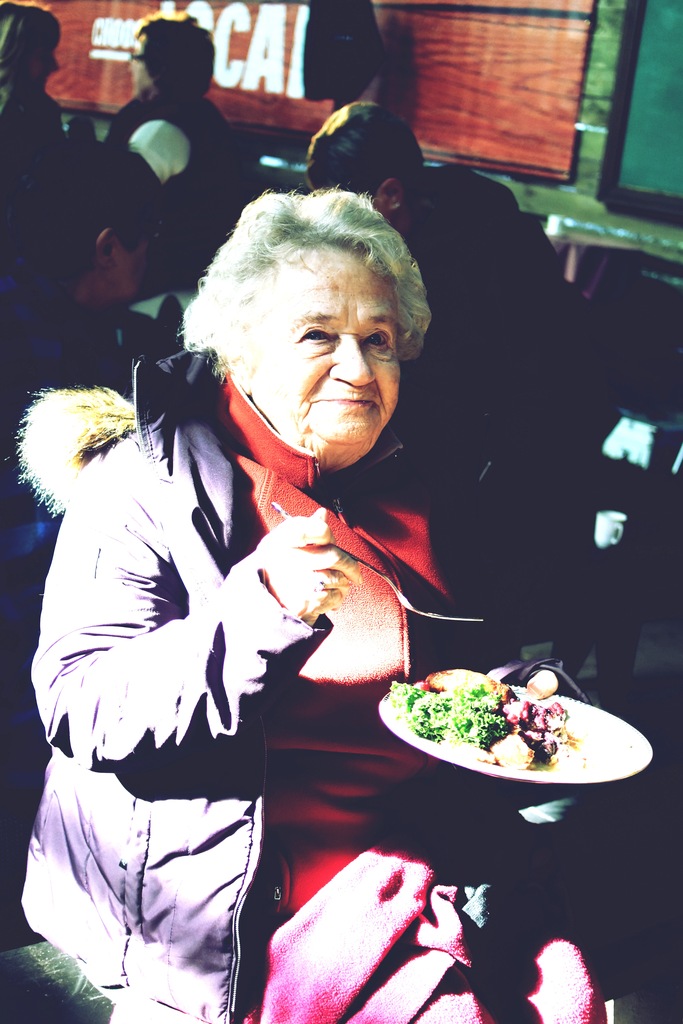 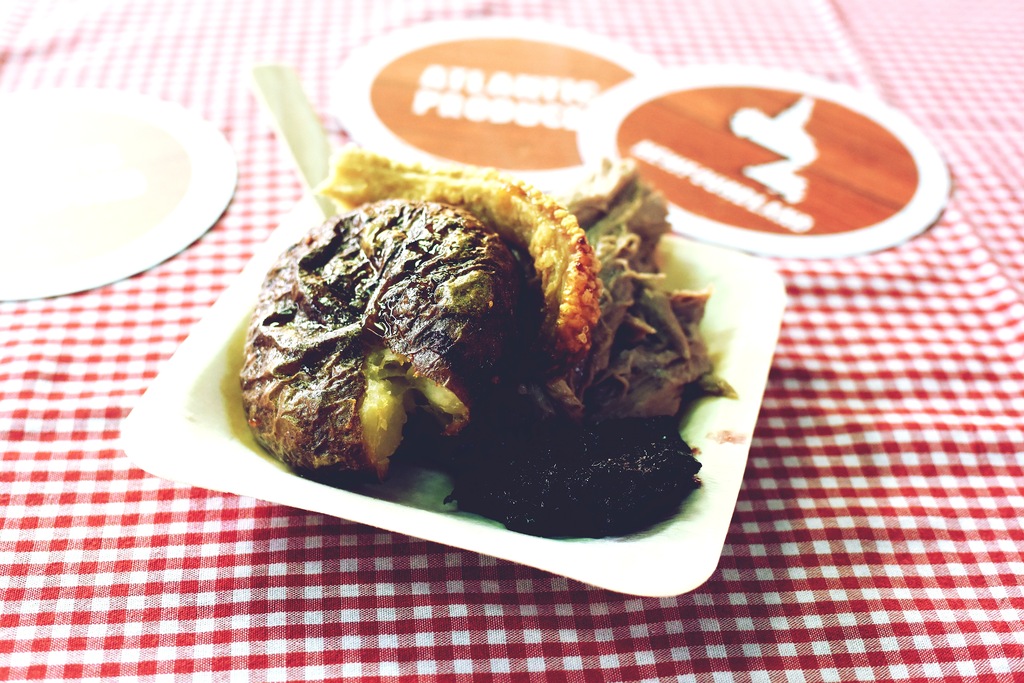 The event featured displays from the following vendors, who beautifully showcased their locally-grown and/or produced products.
Pure Infused Maple Syrup: locally-produced in Aylesford, Nova Scotia
haskapa Haskap Berry Products: grower and processor of Haskap berries based in Mahone Bay, Nova Scotia. Sobeys is the exclusive grocery retailer of haskapa juice, dried berries and condiments
Knoydart Farms: located in Merigomish, Nova Scotia, Knoydart is one of only two certified organic farms east of Quebec and the only producer of organic cheese in the province. Knoydart’s blueberry cheese was created exclusively for Sobeys
Valley Flaxflour Ltd: the only mill in Atlantic Canada producing premium quality, gluten-free flours and wheat-free mixes; based in Middleton, Nova Scotia
PepperHead: purveyor of fine hot pepper chutneys, jellies, syrups and sauces based in Truro, Nova Scotia
Verger Belliveau’s Orchard: one of Atlantic Canada’s premier growers and suppliers of apples, the orchard is nestled among the scenic rolling hills of Pre-d’en-Haut, New Brunswick. Verger Belliveau has supplied Sobeys for more than 50 years
Red Soil Organics: grower, packer and shipper of high-quality organic produce located in Brookfield, Prince Edward Island
AC Covert: provider of sustainably-sourced haddock and scallops based in Dartmouth, Nova Scotia
Just Us! Coffee Roasters Co-op: launched in 1995 as Canada’s first Fair Trade Roaster working with producer groups all over the world to sell Fair Trade, Organic Coffee, Tea, Sugar and Chocolate. Based in Wolfville, Nova Scotia

After
eating (a lobster roll for breakfast, no less) and chatting (with my mouth full) through all the local vendors the guests
gathered around to see the notable chef Jamie Oliver do his thing.

During his cooking demonstration, Jamie prepared a shoulder of pork served with Haskap & Apple sauce made with haskapa dried berries and apples from Verger Belliveau’s Orchard.  This was served with Smashed Potatoes made from potatoes grown in Prince Edward Island. He even shared his trick for conversation worthy potatoes, Jamie suggests that just before they are finished to remove them from the oven, and squish them down with a spatula and return them to the oven for an additional ten minutes. The result? crispy potatoes on the outside, and deliciously soft potatoes on on the inside. Jamie assured us that you could spend days preparing the other dishes, and the only thing you’ll hear is “but the potatoes though”. He also baked his Protein Loaf recipe from his new book Everyday Super Food and incorporated flax flour from Valley Flaxflour Ltd.

Listening to Jamie (yeah we’re on a first name basis now) speak it’s clear he’s truly passionate about what he does, and his concerns for quality are apparent in the work that he does both in the kitchen and his work with Sobeys. Throughout the cooking lesson he told us stories about his travels, and how he’s made it his mission to travel to as many places all over the world where they specifically have an “abundant aging population”. Jamie he wanted to learn from them, and apply their same principles in his cooking. I mean they must be doing something right if they are still around right?

Eating well, and living a long life doesn’t need to be that complicated, but somehow we’ve lost touch with simplicity, and wholesome approaches to eating, and nourishing our bodies. Jamie has made it his mission to help gently remind us that living well can be as simple as cooking (at home) with wholesome ingredients, keeping the recipes simple (as this will ensure that you actually do it), enjoying a little bit of alcohol (just a little he says), and it really doesn’t need to be more complicated than that!
Refusing to pass judgement, Jamie aims to encourage through his passion and optimism, and his message translates with sincerity. He cares, and he wants to make change, and is doing well to use his voice.
Making sure to mention that eating well doesn’t need to be a huge chore, Jamie suggests letting the oven do the work. There are a multitude of recipes that can be prepared with very little effort, but the results can be just as convenient as fast food, and Jamie assures “can feed a crowd”. If spiced well even the less desired cuts of meat can be gourmet quality thus reinforcing that you don’t need to be a superstar to eat and live well. The more you cook at home the better impact you’ll have on your health because you get to control what ingredients go into the recipes.
If you’ve been a reader of short presents for a while you know that health and wellness is a cause extremely close to my heart. With so much illness in my family I am aware of the impact of what we put into our bodies more than ever, and if there’s something I can do to prevent that for myself or you dearest blog reader I’m going to at least try!
From healthy recipes to a gentle approach to educating you about better food options I was very happy to be a part of this event, and to learn about all the great things that Sobeys is doing to bring better food to your familys’ tables.

Did you know that Sobeys buys more local products than any other grocery retailer in Atlantic Canada? In fact, in 2014, Sobeys Atlantic purchased over $45 million in produce from more than 200 growers in Atlantic Canada. In that same year, Sobeys became the only grocery retailer in Canada to hire a business development manager for local procurement, Steve Read (he was also at the event). In this specialized role, Read has identified more than 50 new local suppliers who are now supplying or in the process of signing on to supply Sobeys. Pretty cool right?

Well done Sobeys! Keep up the great work! And thanks for having me at the event I really enjoyed getting to know all the local talents, and I can’t wait to pick up some of their products in store.
Hope you enjoyed this post blog reader

*this post was sponsored by sobeys, but all opinions expressed are my own. All images shot using the Nikon 1j4 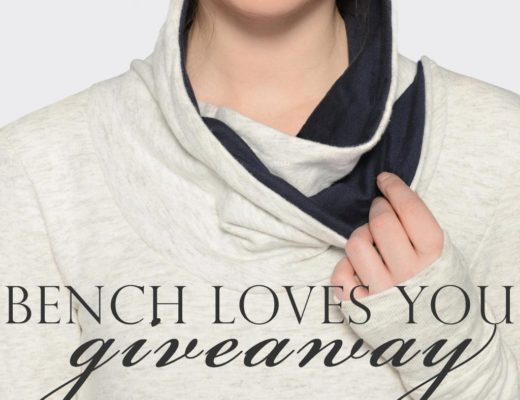