BETTER FOR YOU BURRITO BOWL 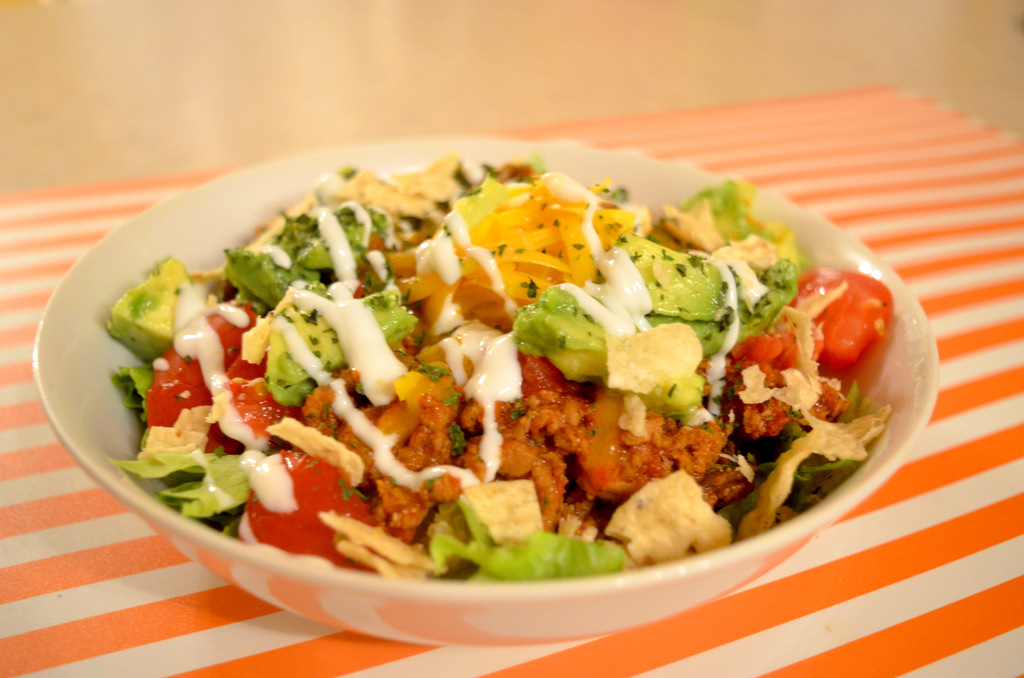 We love dem tacos, and there’s almost always leftovers thus making the perrrrrrrrfect ingredients for a burrito bowl, and a second dinner (BOO YA). But with all the grease from the cheese and ground beef, not to mention the sour cream they really can add up in the saturated fat department (i.e. yikesville). Not to worry though because you can swap in some ingredients and make this dish muuuuuuch better for you, and I promise you won’t compromise on taste.
We know that the base of a burrito bowl is rice (I mean duh), but we also know that white rice basically acts like sugar in the body, so on top of having a high fat content you’re also getting some not so great carbs here (double yikesville). Now before you start throwing tomatoes at me for hating on your beloved burrito bowls, and tacos I have a solution.

Swapping in some quinoa which is a much better carb (high protein and fibre) will burn up slower and thus keep you fuller longer. And you can also swap out the ground beef for ground turkey or ground chicken, as it’s much leaner, and just as tasty. Another great tip is to add a package of mushrooms to the meat mixture, mushrooms are a great filler because they have a meat like texture, and they also absorb flavor really well. I should also mention that they contain only 15 calories per cup! Amazing right?
Okay let’s regroup, here’s what we’re doing: using quinoa instead of rice, using ground chicken instead of ground beef, and adding mushrooms to bulk up the meat mixture. So what else can we do to ruin, I mean make this dish better? Well you can spice your meat yourself, and avoid ALL that extra sodium that comes in the prepackaged taco mix, and bonus you probably already have these spices on hand already anyway AND they aid digestion AND are anti-inflammatory. What can I say I’m selfish jerk and I want to keep you around.
Now that you’ve tackled the meat situation, and the carbs (BOO YA) you can pretty much add whatever veggies you want. I like to add lots of lettuce, tomatoes, and avocado (you could add corn and beans too)! And instead of adding globs of sour cream in the middle I like to use my little cake decorating tips to add just a little drizzle of sour cream (I use 1% as I feel like it’s a good balance of fat, and sodium). The flavor of the sour cream will be throughout the dish, and you can take comfort in knowing that you’re not over doing it: plus it looks super fancy. I also like to take a couple tortilla chips and break them up over the top for some added crunch (see I’m not commmmmmmmmmpletely crazy what can I say I’m a fun girl).
Ready to get started?
BETTER FOR YOU BURRITO BOWL 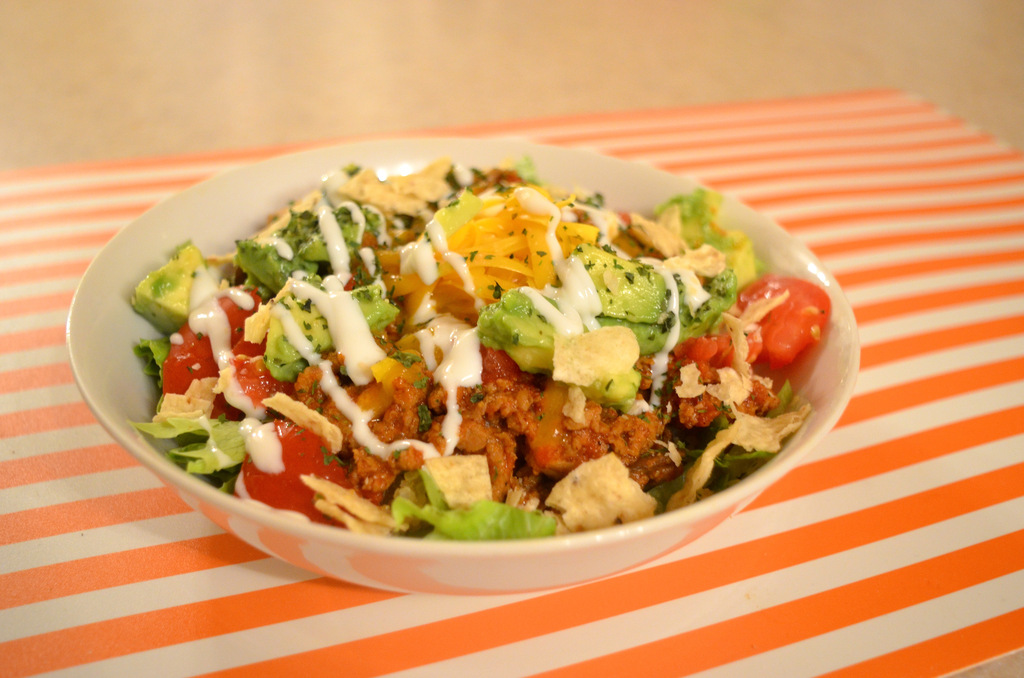 Cook quinoa according to directions, or in a rice cooker (if you don’t have one you’re crazy! it’s the best $10 you’ll ever spend).

While the quinoa does it’s thing cook your meat. I typically cook my ground turkey or chicken in just a little bit of water, and the spices. I add the mushrooms once the meat it no longer pink, and let it simmer together until they are soft. Make sure to cook all the way through, and stir frequently. It usually takes about 6 minutes depending on your cook top.

To assemble your burrito bowl, start with your quinoa (about 1/2 a cup), and then add about 1 cup of the meat/mushroom mixture.  I like to add the cheese on top of the meat because it helps to melt the cheese a little (yeah you like this). Then I top with the veggies, and finish with the sour cream, chips, and cilantro.

and voila! That’s it. Conversely you could easily just throw your left overs from your Tuesday taco night into a bowl with quinoa, and call it a day :):) either works because it all tastes the same!

Happy Tuesday Blog reader! Hope you enjoyed today’s recipe. It’s a great option for a quick mid week meal or even for hauling for lunch the next day (just don’t be a dummy and add the chips when you’re ready to eat). 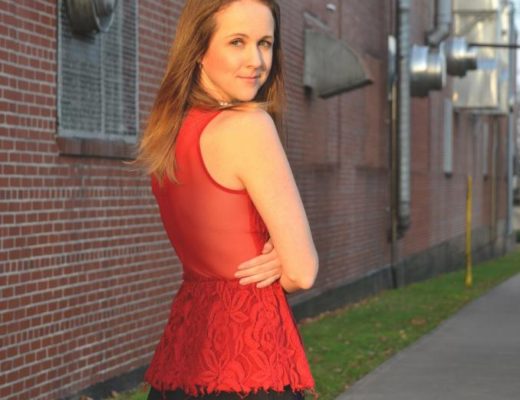