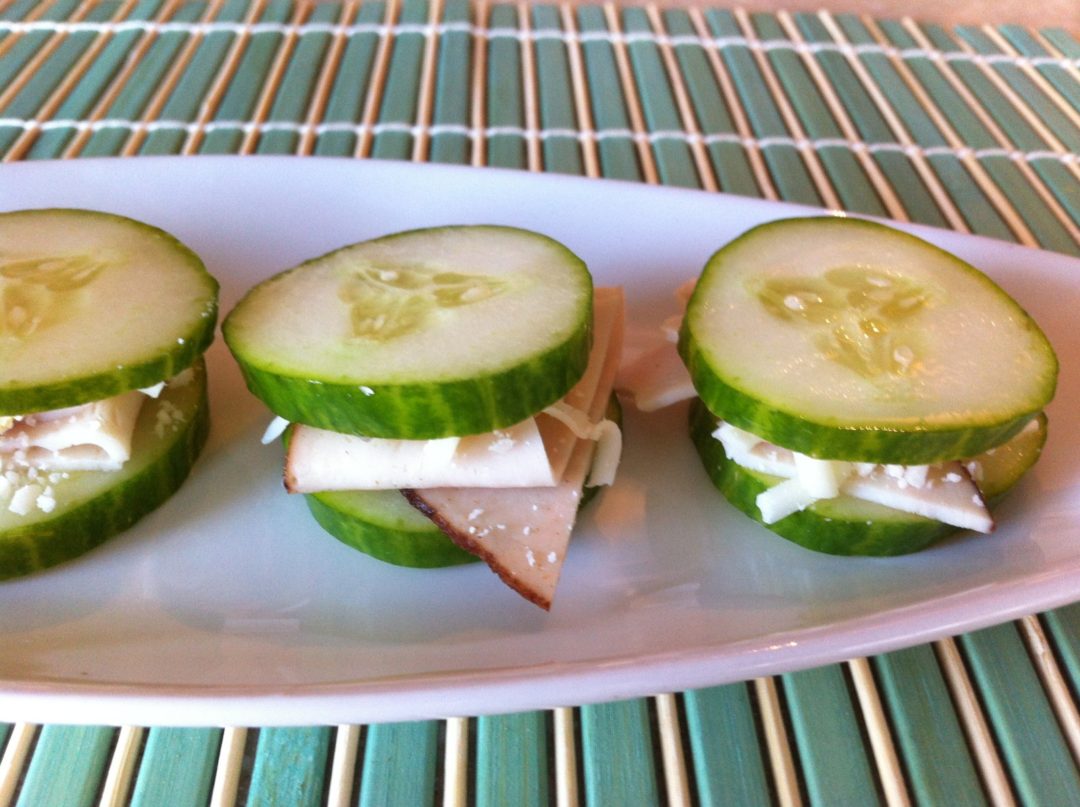 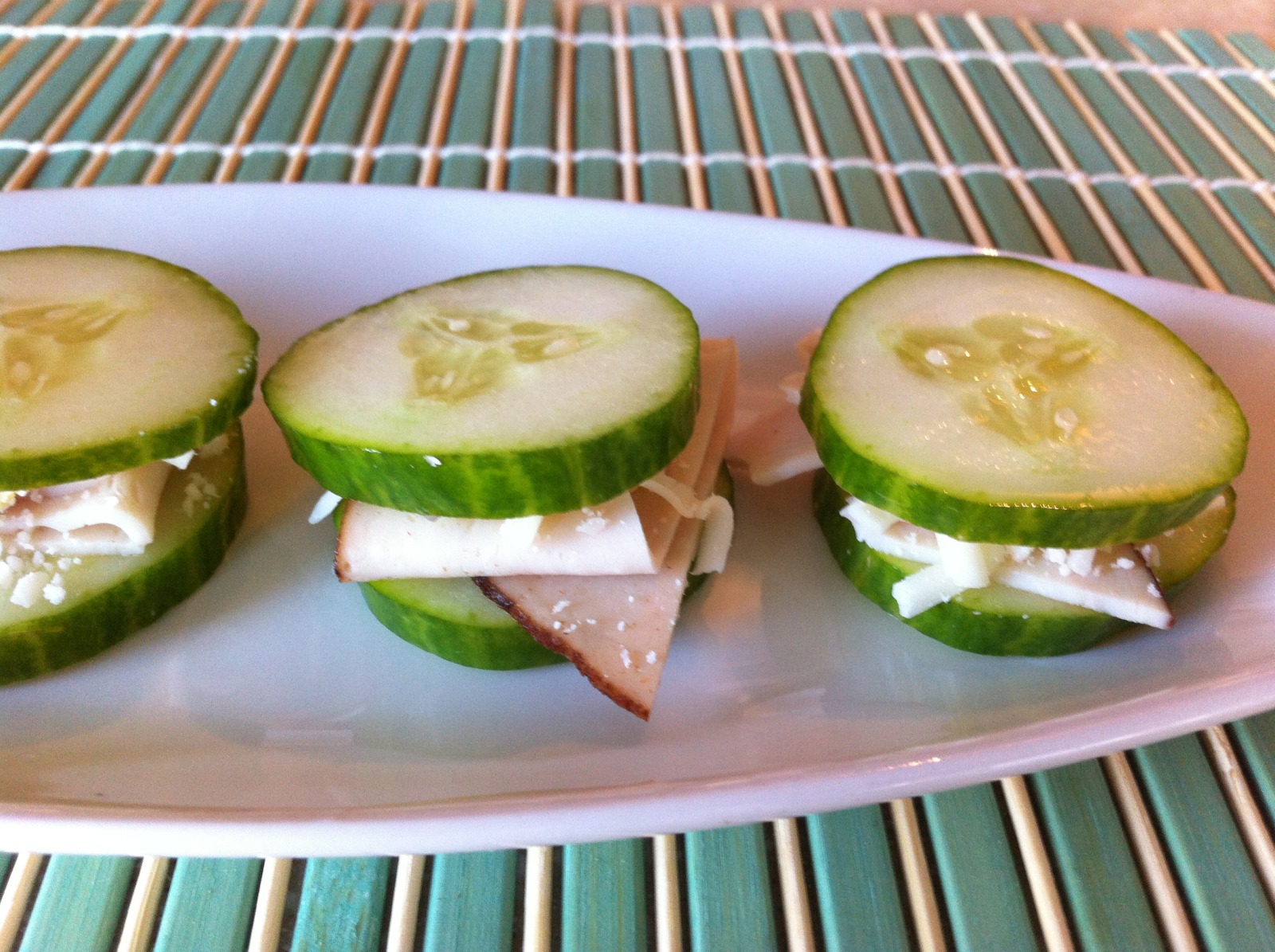 Who needs bread or crackers? Cucumbers do a pretty good job on their own. I found this low carb little gem on Pinterest, (my new current obsession), but as usual I made a couple adjustments. While I was pinning away I realized that I don’t post enough about snacks. There’s a lot of dinner recipes, and a lot of baking recipes on the blog, but I never think to post about snacks. Snacks are very important, and even more so with the Christmas season before us we’ll need plenty of ideas for hosting, so consider this the first of many.

One thing I find frustrating about Pinterest is that it can be difficult to track down the pinner who initially posted a recipe, and therefore the recipe is lost somewhere in Pin Town. I didn’t follow a recipe, but instead I just sort of threw the items together from what I could see in the photo.

I made a few adaptations from the original photo, as I left the peelings on the cucumbers for an added pop of color and fiber. I also added a small dab of mustard because I love it, and it actually kind of worked like a paste to keep the cheese contained in the cucumber (we only had shredded cheese in the house). Did you know that mustard is actually also good for you? It’s not only low calorie, and fat free, but also because it contains turmeric. Turmeric has been shown to reduce inflammation in the body (bonus), but also there are other studies that suggest it helps to prevent Alzheimer’s disease.

I used oven roasted extra lean turkey (reduced sodium), and partly skim cheese. You could play around with what ever meats and cheeses you wanted, this is just what I had on hand. Some things you could try could be spiced or smoked cheeses and meats, or salmon.

To make this recipe vegetarian without losing your protein you could sub in cottage cheese instead of the sliced meat: the possibilities are endless 🙂

I love the idea of making these for a party because it’s low carb, easy to prepare, and great for people who require a gluten free diet and/or diabetic since meat and cheese is neutral and won’t spike blood sugar levels. You could jazz these up a bit by using frilly toothpicks and a nice big green olive.


What you will need:

First cut the cucumbers into thin slices, and set them out on a plate by two (to make sure they fit together later). Assemble your mini sandwiches starting with meat first, and then adding mustard, cheese, and finally closing with another cucumber slice. Repeat until you have your desired amount of mini cucumber sandwiches. 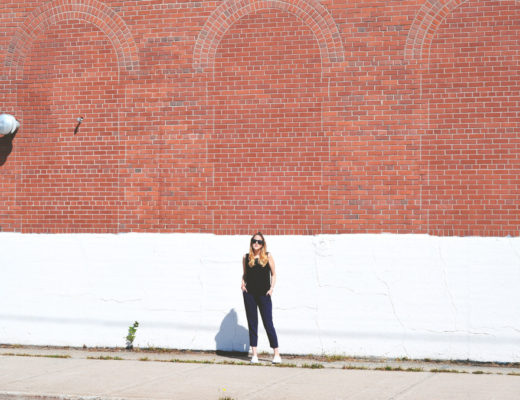