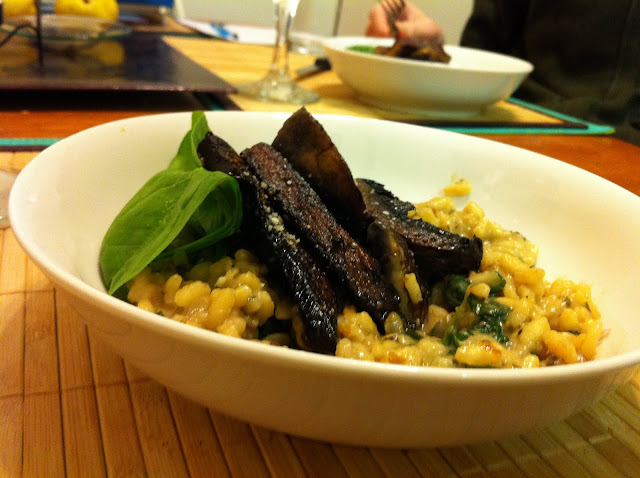 After being at Chives recently I really wanted to try to recreate the delicious meal at home for less. With a hungry boy on my hands, I was in a hurry and I attempted to make …. dun dun dun packaged risotto. Don’t cringe, it wasn’t as bad as it sounds, and it was ready in about a half hour. Much much shorter than risotto made from scratch that you have to stir for three hours straight.

What I did:
I made the package of mushroom risotto as the box suggested, and while that was cooking I took portobello mushrooms and marinated them in olive oil, balsamic vinegar, and salt and pepper. I took the marinated mushrooms and put them in a baking dish, and  baked them for about 20 minutes.

Then I went back to the risotto, about 4 minutes before it was finished I threw in about a cup of spinach, and mixed it in. Arugula also works well in this dish as well.

The mushrooms were ready just in time, so I took the risotto added some parm cheese then placed the yummy marinated bake mushrooms on top and voila! Mushroom Spinach Risotto with Marinated Portobello Mushrooms it makes a great (fast) weeknight meal 🙂 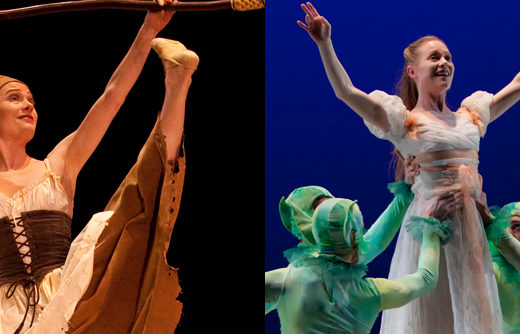